Full Disclosure: I am Keef Company’s mother. So this is the biased version of the history and current status of the handmade hat-bag-wallet-and-sports-apparel company my son, Keefer Edwards, founded in the summer of 2014 when he was 17. Bottom line: I am pretty proud of what he has done with Keef Company. So what has happened to Keef Company in the interim? Here is a short business brief—complete with special, unedited Mom Notes.

About this time last year, when he was a senior in high school, Keef discovered Alibaba and its supply of cork for sale. He was crazy over the idea of making cork bags and hats, so he dove into the process of securing credit with the Chinese company to buy rolls and rolls of cork. The communication went on and on online for many winter nights until Keef was on a first name basis with people 7,000 miles away:

Mom: “Keef, don’t you think you should get to bed?”

He was exasperated when all his new pals went on vacation for the Chinese New Year. Delighted when they all came back wishing him Happy New Year.

Side note: Beyond Asia, Keef has great pals at Jo Ann Fabrics in Traverse City. I am treated as a rock star when, doing errands for him, they find out I am his mother—never mind the fact that I have zero sewing talent. 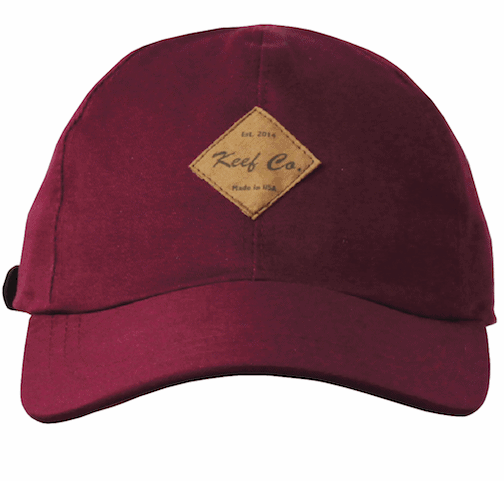 Sorry Dude. If you have a business and that business has sales, you have to pay them quarterly. It’s a fact of life.

Took him awhile, but he figured out how to get that done. So don’t even try stealing his brand …

Cork proved very successful, now he has a new even cooler line on cork. (See his cork wallets on ShopMyNorth.com). He’s also constantly finding new sources of organic cotton and, as always working with reusing fabric. And there are new designs all the time.

While he is mostly into bags, Keef has designed some of the greatest shirts I’ve ever worn. I can’t convince him that his cast offs (long, slim cut that covers all) are what women are looking for. That will come.

I love this memory from this time last year. We were in the car—carpooling to work at MyNorth Media for me, Traverse City Central for him, and he told me he was making a shirt for a girl that was a friend.

Mom: “Do you know how to make darts?”

A couple of YouTubes later, he was a dart-maker extraordinaire.

By the summer of 2015 Keef had moved from selling products to friends and relations to wholesaling them at M22 in Glen Arbor, My Secret Stash in Traverse City, Sleeping Bear Surf and Kayak in Empire and on ShopMyNorth.com. A big thank-you to those supportive shops who believed in him.

By mid-summer, Keef Company had outgrown the spare bedrooms in my house in Glen Arbor and he’d moved to larger quarters in the basement of his dad’s house in Empire. Gone were the groups of kids cutting out patterns and jamming out designs with him until all hours of the night … sniff, sniff.

This fall, Keef took off for his freshman year at University of Michigan—he is an art major focused on product design looking to pick up a dual business major. In the beginning, he left his sewing machines (5-industrial strength beasts) behind. But that just didn’t feel right. By October he’d built and designed tables for them in his dorm room (a special thank you to his long-suffering roommate Teddy Okerstrom!) and had them brought down in a U-Haul. He was off and sewing again.

The latest is that Keef just got into his first Ann Arbor store—he’s looking to expand his outlets there and in East Lansing. And this spring, when he is back in Glen Arbor, he’ll be looking to conquer the Lake Michigan coast and has, in fact, already added Petals and Perks in Frankfort to his list.