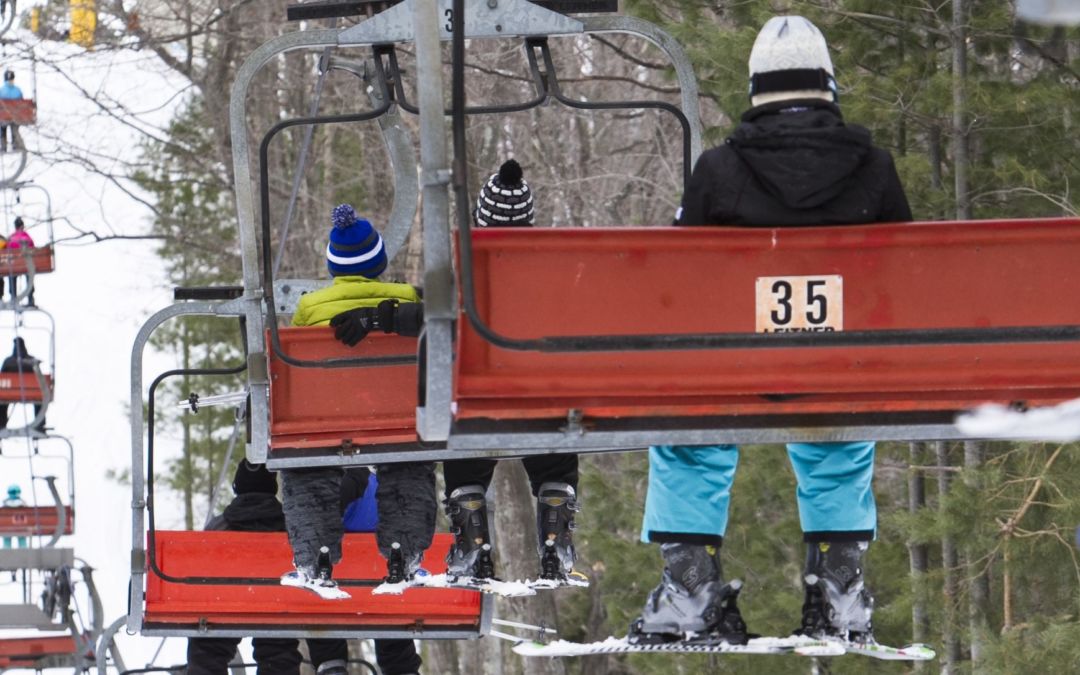 Once upon a time, you were shredding the gnar, ripping black diamonds, daffying off super sweet jumps … But for whatever reason—work, kids, that one wicked wipeout—it’s been a long time since the slopes were a source of good ol’ fashioned winter fun. Need a suggestion to get out on the Northern Michigan skiing slopes? Here’s one: Join a beer league!

When Zach Spaulding moved to Northern Michigan from Asheville, North Carolina, the first thing he did was join a “beer league” (think bowling league, but on a ski race course).

“It was a great way to get back into skiing, and to hang out with a bunch of fun people who understand that winter is a lot more fun when you get outside and do stuff,” Spaulding says. He’s been part of the Nub’s Nob Thursday night crowd for nearly 10 years now, with no sign of wanting to quit. “There’s something great about a bunch of people who don’t care how good or bad they are, trying to go fast down a race course. Plus, the fun of hiting the bar afterward is worth bundling up and braving the cold.”

Most resorts have adult ski leagues available. Some, like Nub’s Nob, have racing on three different nights. It’s possible to find a team even if you don’t know a soul. Just call the front desk and chances are somebody has a spot open. Find a Northern Michigan ski resort near you.