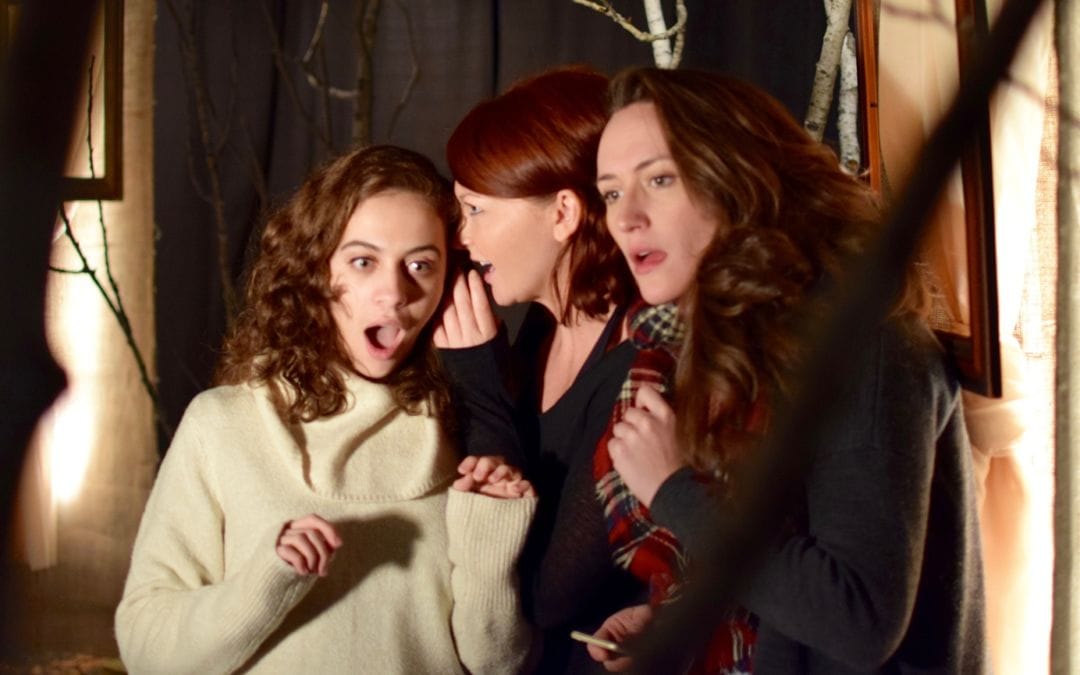 Actors from New York, London, Scotland, Los Angeles, and Minneapolis join Traverse City-based actress Jody Burns in an adaptation the play Medea. The classic Greek tragedy that’s been updated to present day is brought to a Northern Michigan stage at the InsideOut Gallery for a Traverse City event this January. Play-goers are bound to enjoy the fantastically funny, contemporary, female-centric adaptation.

Greek playwright Euripides wrote the play based on the myth of Jason, hero of the story of the Golden Fleece, and his betrayal of Medea. After their return from the quest, Jason spurned the love of Medea, who had helped him, for the hand of Creusa, daughter of King Creon of Corinth. She took revenge upon Jason by killing both Creusa and Creon, then killing her and Jason’s two sons.

First produced in 431 BC, the play was not well-received initially, but is now regarded as one of the classic Greek tragedies. It has been performed and adapted numerous times, on stage, on screen and on television.

Artistic Director Kit McKay commissioned New York playwright and dramaturge Kristina Corcoran Williams to write an adaptation of Medea for actress Caitlin McDonough-Thayer. McKay said McDonough-Thayer’s work is so phenomenal that the company wanted to showcase her acting in an epic piece that let her stretch her wings. She said the result is a fantastically funny, contemporary, female-centric adaptation. McDonough-Thayer, who primarily works in New York City in theatre, film and television, the other actors come from and work in New York, London, Scotland, Los Angeles, Minneapolis and Traverse City.

Like the other plays being performed this season by Parallel 45, Medea is concerned with what it calls “the messy, rubbernecking phenomenon that occurs around women behaving badly” and asks why people are so taken with powerful women who fail spectacularly. That’s in keeping with the themes of the play, as it considers whether the protagonist is “a sympathetic symbol of a loving heart betrayed, a conniving criminal, or an icon of feminine power and strength.”

“The point is also clearly made that the play is as much his tragedy as hers, so that when Medea tells Jason ‘We are as wretched as each other,’ it is true.” – The Guardian on another modern version of Medea

“It reveals anew just how the most intensely felt love can devolve into all-consuming hate, the sons casualties of a depth of feeling that lies beyond all reason.” – NY Times on a version presented in New York

Tickets for the Traverse City event are $20 and can be purchased at Parallel45.org.