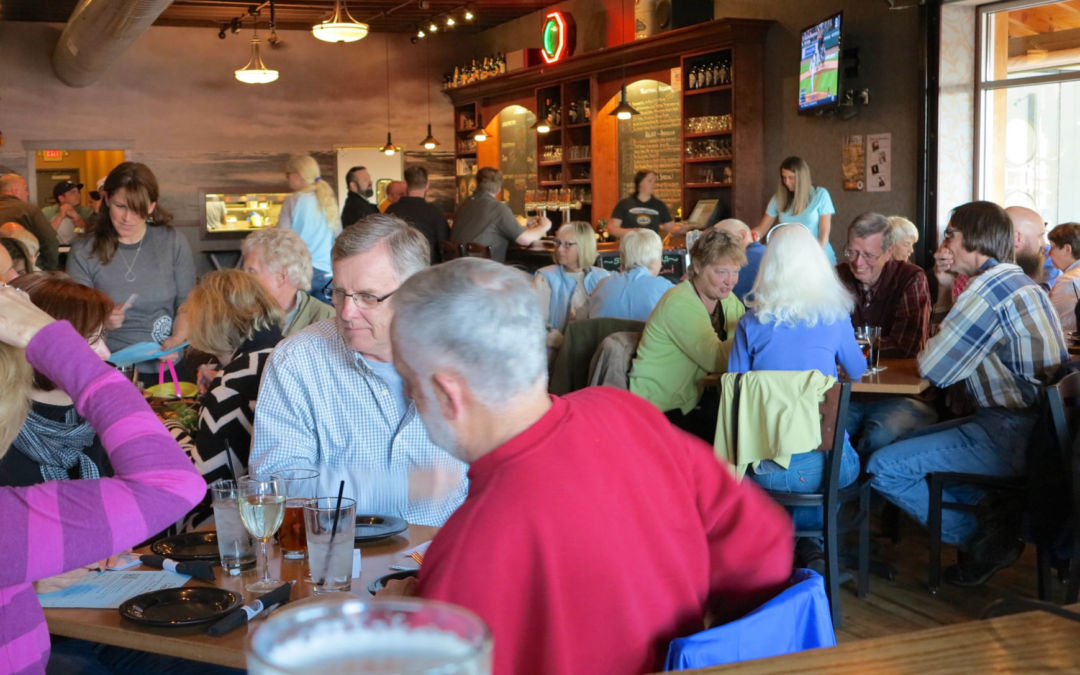 Music is the theme for the 2016 film and beer series, which turned out to be a perfect match with Stormcloud’s existing brewing process.
“Each one of our beers at Stormcloud is brewed with a specific soundtrack playing on the speakers in the brewery,” says Brian Confer, Stormcloud Co-Owner and Head Brewer. “I believe music helps to give each beer a unique character and flavor. Brewing these three beers with the songs from each film ringing in our ears really brought the process full circle and inspired our brewing team to have fun and be creative. Great music truly goes hand in hand with great beer.”
The first film and beer pairing begins in January, then continues in February and March with a second and third film and beer pairing. Confer expects each beer to remain on tap in Stormcloud’s pub for several weeks.
Each film will be shown in the recently renovated Garden Theater, next door to Stormcloud Brewing Company in downtown Frankfort. Admission to each film is $7 per person. Plus, each movie ticket purchaser receives a $5 Stormcloud token. Please note, beer will not be served inside The Garden Theater. Film and beer titles and descriptions are outlined below.
January Film: Amy, a 2015 documentary film that depicts the life and death of six-time Grammy winner Amy Winehouse. Archival footage and personal testimonials present an intimate portrait of the singer-songwriter’s life and career. Winner of Best Documentary/ Non-Fiction Film Award at the Los Angeles Film Critics Association Awards.
January Beer: Back to Black. Black ale aged on red-wine-soaked oak chips. Named after Amy Winehouse’s second and final studio album.
January Showtimes:
Thursday, January 21 at 7:30 p.m.;
Sunday, January 24 at 2 p.m.;
Thursday, January 28 at 7:30 p.m.
February Film: Whiplash. A promising young drummer enrolls at a cut-throat music conservatory where his dreams of greatness are mentored by an instructor who will stop at nothing to realize a student’s potential. Winner of three Academy Awards in 2015 including Best Performance by an Actor in a Supporting Role.
February Beer: Caravan Stout. A Foreign Extra Stout spiced with cayenne, coconut, cumin, curry, and kaffir lime.
February Showtimes:
Thursday, February 18 at 7:30 p.m.;
Sunday, February 21 at 2 p.m.;
Thursday, February 25 at 7:30 p.m.
March Film: Straight Outta Compton. The group NWA emerges from the mean streets of Compton in Los Angeles, California, in the mid-1980s and revolutionizes Hip Hop culture with their music and tales about life in the hood. Named Movie of the Year at the 2015 American Film Institute Awards.
March Beer: Malt Liquor Noir. Malt liquor brewed with dark malt.
March Showtimes:
Thursday, March 10 at 7:30 p.m.;
Sunday, March 13 at 2 p.m.;
Thursday, March 17 at 7:30 p.m.