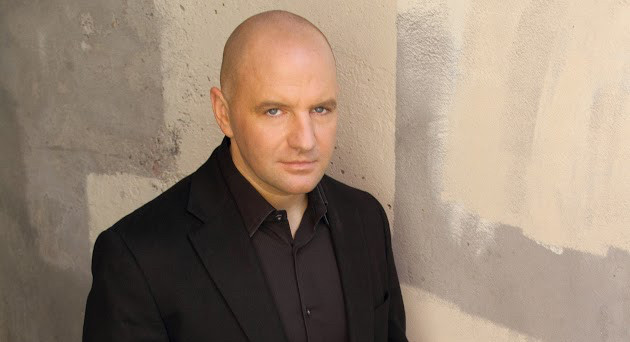 Saturday, January 30 will be a night full of laughter in Traverse City. The Dennos and the City Opera House both host comedic acts — known on the local and national comedic scene. MyNorth Media entertainment writer Ross Boissoneau fills us in on the Traverse City events featuring Christine Lavin and Don White, and Friends of the Bob & Tom Show Comedy Tour.

Christine Lavin and Don White bring the laughs to the Dennos Museum Center, while the Friends of the Bob & Tom Show do the same at the City Opera House.

Lavin and White combine music with comedy. Lavin came up from the New York City singer/songwriter scene in the late 1980s, alongside the likes of Suzanne Vega, Shawn Colvin, and John Gorka. But she added a dollop of comedy, and her witty songs and performances soon won her favor. She founded the folk group Four Bitchin’ Babes and has assembled several albums of contemporary folk artists such as Janis Ian and Jeff Daniels.

White honed his performing chops in the same Boston scene that birthed Dar Williams and Martin Sexton. He also emceed comedy shows at Catch a Rising Star in Cambridge. In both instances, he studied the performers, their material, mannerisms and setups, whether it was Taj Mahal and Patty Larkin or Lewis Black and Janeane Garofalo.

Their show features each of the performers doing a solo set, then coming together for a musical comedy free-for-all. “We rehearse and we rehearse and then inevitably, she’ll throw something at me that I have no idea about, with a mischievous grin that lets me know she’s been thinking about it all afternoon,” says White.

That same night, three comics who are regulars on the syndicated Bob & Tom Show (heard locally at 98.1 FM, Classic Rock the Bear) will perform at the City Opera House. Auggie Smith, Dave Dyer, and Todd Yohn with host Chick McGee will do two shows.

Smith dissects pop culture and political targets in a seamless, rapid-fire style. His first exposure on Bob & Tom in January 2004 is frequently replayed.

Dye started doing stand up when he was 24. The Grand Rapids resident has resisted moving from his native Michigan, instead opting for a stable home life and writing articles for the satirical website Absrd Comedy when not performing; he’s also contributed to Late Night with Jimmy Fallon and Politically Incorrect.

Yohn blends music and non-stop storytelling into a high-energy act that’s seen him open for everyone from Joan Rivers to the Monkees. He channels that energy into a bevy of characters.

“The first time we worked together, he (Don White) opened for me and it’s the only time in my entire career that I opened with a ballad because he was so funny, the audience was so laughed out.” – Christine Lavin

“If you can’t laugh at yourself, you have no right to laugh at anyone else.” – Todd Yohn

Each event is in Traverse City. Lavin and White will be at NMC’s Milliken Auditorium, and the City Opera House hosts Friends of the Bob & Tom Show Comedy Tour.

Tickets are $27 in advance and $30 at the door for the Lavin and White show at the Dennos. Those tickets can be purchased at MyNorthTickets.com.

For Friends of the Bob & Tom Show, tickets are $27 and can be purchased at CityOperaHouse.org.