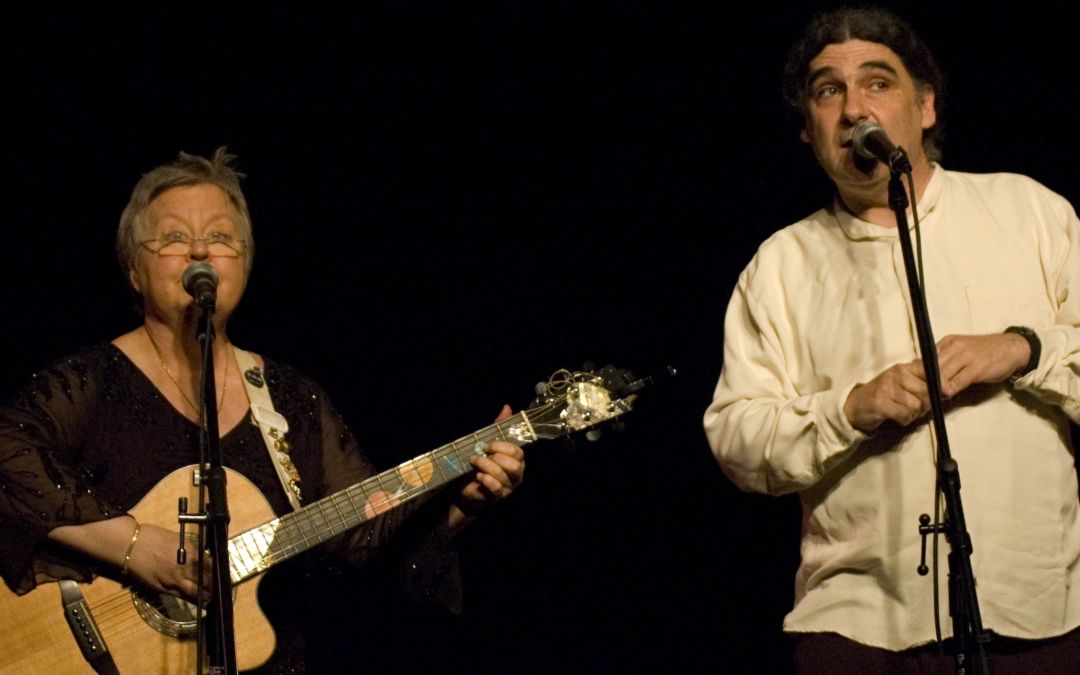 (Press Release provided by The Dennos)

TRAVERSE CITY: The Dennos Museum Center at Northwestern Michigan College will present Christine Lavin and Don White’s comedy performance of On the Funny Side of The Street: A Night of Brighter Laughter on Saturday, January 30 at 8 p.m. in Traverse City’s Milliken Auditorium.

Tickets for the Traverse City event are $27 advance, $30 at the door and $24 for museum members plus ticket fees.

Purchase tickets for this comedic Traverse City event at MyNorthTickets.com.

The Lavin/White co-bills have packed audiences in wherever they’ve played, from the Regent Theatre in Boston to The Ark in Ann Arbor, Michigan. Audiences get a one-hour shot of each performer during their solo sets, and then a free-for-all when White and Lavin take the stage together and display the kind of chemistry you get from old friends and seasoned performers. You’ll never see the same show twice.

“Our show doesn’t sound like a folk concert, it sounds like a comedy concert, there’s 400 people screaming with laughter for the whole two hours,” says White. “It’s hard to describe what it is that Don does onstage, because there simply isn’t anyone out there like him,” says Lavin. “I’m a brave performer to share the bill with someone who knocks audiences out the way he does.”

Christine Lavin is a multi-award winning singer-songwriter, author, and knitter. She released her memoir, Cold Pizza for Breakfast: A Mem-wha??, in 2010. She is also a founding member of the popular folk collective, The Four Bitchin’ Babes. White is a celebrated singer/songwriter/storyteller who has released eight albums and three DVDs. His new CD, More Alive, is available now. His book, Memoirs Of A C Student, is available in print and for the Kindle and Nook. Lavin and White have also released a digital only live album, Live At the Ark: The Father’s Day Concert, available on CDFreedom.com.

Leave your worries at the doorstep and join Christine Lavin and Don White as they present a night of comedy unlike any other, The Funny Side of the Street: A Night of Brighter Laughter. Tickets to this concert includes free admission to the museum’s galleries one hour before the concert and a post-concert reception with the performers.

The Dennos concert season is made possible with support from the Robert T and Ruth Haidt Trust and Osterlin Performance Endowment, the National Endowment for the Arts, a federal agency, the Michigan Council for the Arts and Cultural Affairs with media support from WNMC 90.7and TV 29&8. Housing for our performers is provided by the Cambria Suites.

The Dennos Museum Center is open daily 10 a.m. to 5 p.m., Thursdays until 8 p.m. and Sundays 1 to 5 p.m. Admission is $6.00 adults, $4.00 for children and free to museum members. For more information on the Museum and its programs, go to www.dennosmuseum.org or call 231-995-1055. The Dennos Museum Center is located at1410 College Drive, Traverse City, MI 49686, at the entrance to the campus of Northwestern Michigan College.