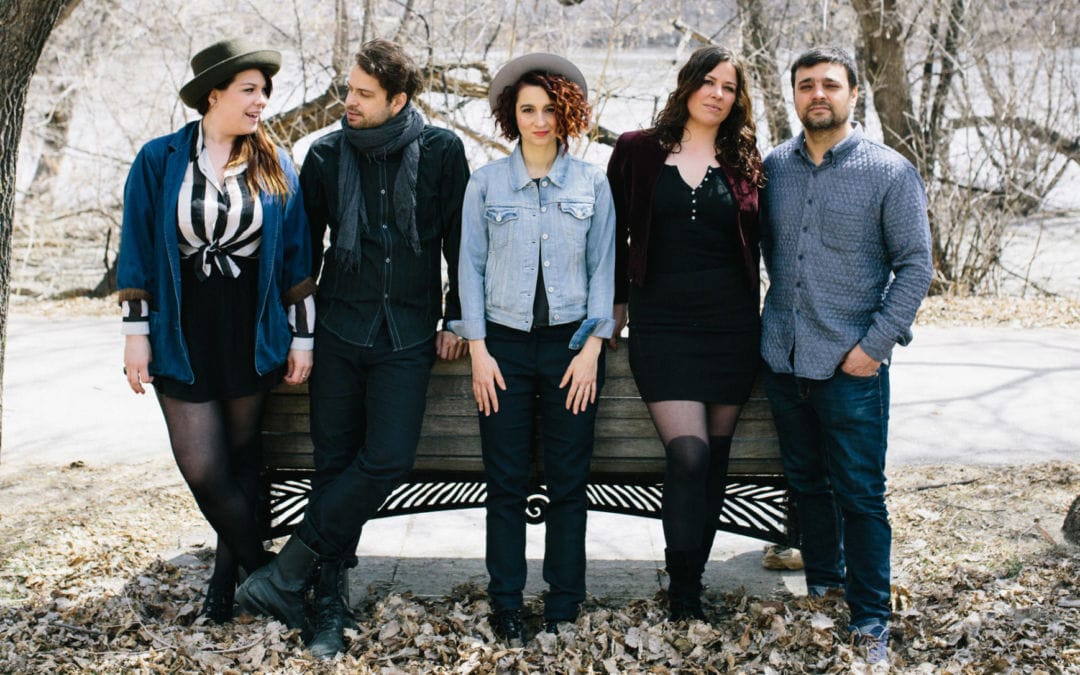 The City Opera House in downtown Traverse City is hosting Canadian band Chic Gamine on January 22. Their tunes are full of French pop, Motown and Rock and Roll—a combination sure to entertain. MyNorth Media’s Ross Boissoneau tells us more about the group’s female voices with minimal backing in anticipation of their Traverse City event.

In 2007, four female vocalists—Andrina Turenne, Alexa Dirks, Annick Bremault, and Ariane Jean— teamed up with drummer Sacha Doud. Singing in both French and English, their self-titled debut album won a Juno award (the Canadian equivalent of a Grammy) for Best Roots Album the next year.

Their next recording, City City, was nominated in the same category. In 2014, founding member Ariane Jean left the group and was replaced, not by another female singer, but instead by a guy who (gasp!) played instruments, bassist and guitarist Benoit Morier.

A melding of pop rock with indie folk and French chanson

The group’s third album and first in five years (its first two were combined into a U.S. release called Closer), Light a Match was released this past fall. It received positive reviews from numerous sources, which said the addition of more instrumental backing didn’t diminish the power of the vocalists’ harmonies, but enhanced it.

More firmly ensconced in the pop tradition, the band now boasts more musical hooks if slightly less “wow, they’re doing what?” factor. You can hear echoes of everything from the Supremes to Wilson Phillips, even shades of boogie a la ZZ Topp.

Chic Gamine has performed several times on Garrison Keillor’s “A Prairie Home Companion.” The group has also performed for the Queen of England, with Smokey Robinson and Mavis Staples, and was noted as a must-see act by NPR’s Stephen Thompson at SXSW in 2012.

“Chic Gamine sound like a ’60s girl group as imagined by Quentin Tarantino.” – The All Music Guide

“These songs (on Light a Match) are lush, emotive and instantly catchy, telling stories that add dimension to women’s lives.” – National Public Radio

Tickets for this Traverse City event start at $20 and can be purchased at CityOperaHouse.com.