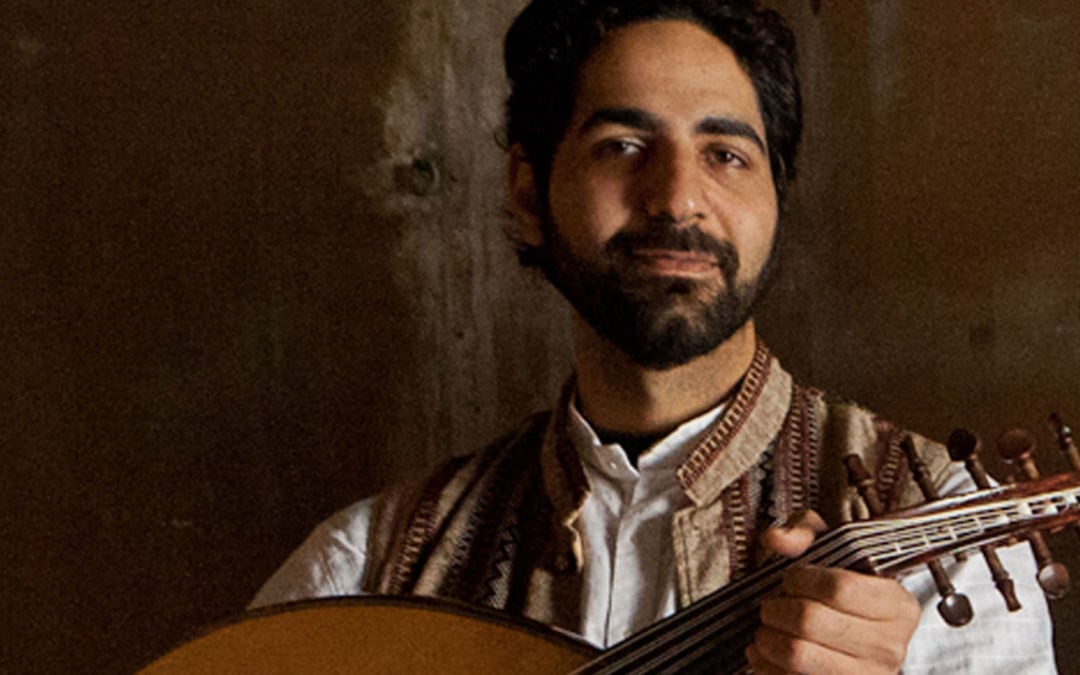 TRAVERSE CITY: The Dennos Museum Center at Northwestern Michigan College in Traverse City will present Caravanserai: American Voices – A Place Where Cultures Meet on Saturday, February 6, 2016, at 8 p.m. in the Milliken Auditorium.

Purchase Tickets for the Caravanserai Traverse
City Event at MyNorthTickets.com!

Ronnie Malley combines multiple global music traditions – Arab, Turkish, Balkan, South Asian – with his American jazz and rock roots to create a sound celebration that has led him to a diverse career. Born and raised in Chicago, he began his musical journey playing in American and Middle Eastern rock bands and traditional ensembles.

Ronnie developed a talent for performance and musical direction that led to his appearance in seminal productions at Arena Stage in Washington D.C. and Chicago’s acclaimed Goodman Theater. He has collaborated with major international world-music stars, including Afro-Peruvian folk legends, Rodolfo Munoz and Miguel Ballermos, renowned Polish classical and jazz artist Grazyna Auguscik, Senegalese artist and poet Modou Gaye, and many notable performers from the Middle East, North Africa, and South Asia. Ronnie also composes scores and original songs for multiple film and theater projects, teaches Arab and folk music at Old Town School of Folk Music and the Chicago Academy for the Arts and tours internationally as a performer with Allos Musica, Lamajamal, Mucca Pazza, Duzan Ensemble and as a member of the University of Chicago Middle Eastern Music Ensemble.

Zeshan Bagewadi is an acclaimed classically-trained opera singer from Chicago who stretches the boundaries of his cultural and musical influences to create a unique voice that defies categorization. Zeshan is a genre-defying virtuoso who is as comfortable playing the lead in Mozart’s The Magic Flute as he is singing qawwali or jazz standards or leading the indie-rock band Zamin.

Zeshan received his Master’s Degree in Voice and Literature from Northwestern University’s Bienen School of Music in 2011. During his career he has performed throughout the United States, Italy, and India, singing in 11 different languages. Zeshan is now involved in both solo and collaborative projects and will travel to Pakistan in the spring of 2016 to perform at the Music Mela festival. His latest project is Dastaan-e-Yaari (A Tale of Friendship), the first ever Hindi-Urdu song cycle for voice and piano.

In the United States, the children of immigrants find artistic expressions steeped in two worlds. Muslim-American musicians are influenced just as much by jazz, rock, and the blues as they are by Arab maqam, North African rhythms, Sufi poetry, and South Asian qawwali. Backed by a talented band of fellow multi-instrumentalists, Ronnie Malley and Zeshan Bagewadi will lead a collaborative musical exploration that brings these worlds together.

Caravanserai: American Voices – A Place Where Cultures Meet concert will be the concluding event in a week long residency (February 1 through 6) in Traverse City supported by Arts Midwest and the Doris Duke Foundation for Islamic Art. The residency will offer programs in area schools that celebrate global diversity with performances by dynamic Muslim-American artists. The goal of the Caravanserai project is to map a new cultural Silk Road through America, building bridges to a better tomorrow.