“The Nutcracker” Ballet in Northern Michigan 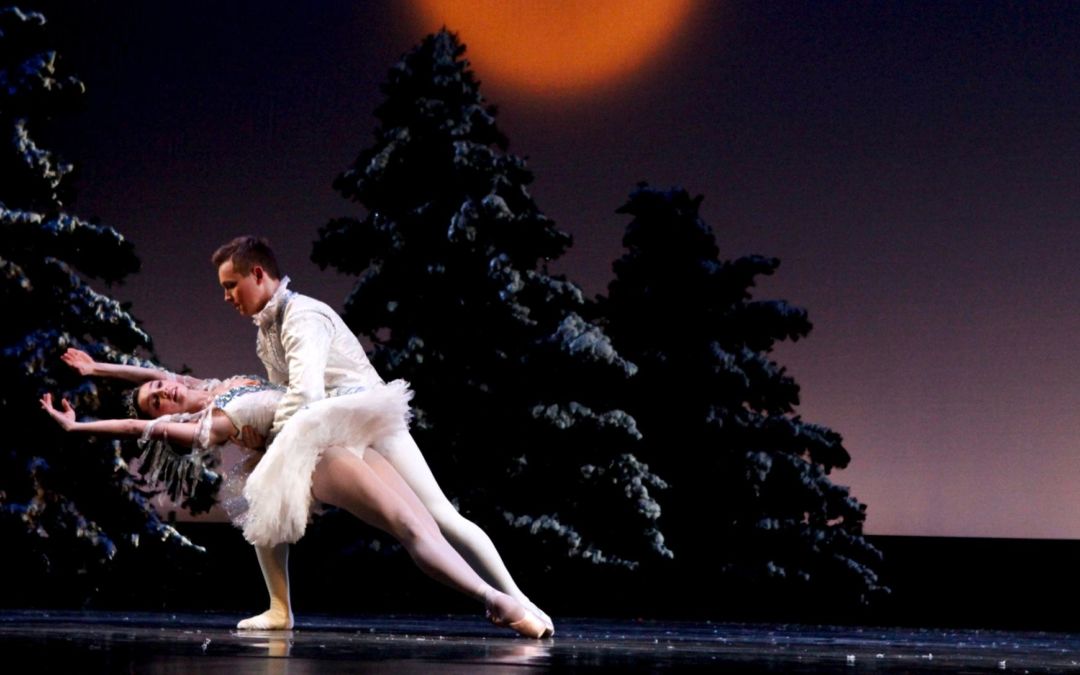 Tchaikovsky’s famous ballet The Nutcracker is a holiday staple at Interlochen Center for the Arts. It is also being presented by the Crooked Tree Arts Center School of Ballet at the Harbor Springs Performing Arts Center (and hundreds of other places around the country). Learn more about this holiday classic coming to Interlochen and Harbor Springs by MyNorth entertainment writer Ross Boissoneau.

At the behest of Ivan Vsevolozhsky, the director of the Imperial Theatres in St. Petersburg in Russia, Pyotor Ilyich Tchaikovsky composed the music for Marius Petipa’s adaptation of E.T.A. Hoffmann’s story The Nutcracker and the Mouse King. Tchaikovsky and Petipa had previously collaborated on the ballet The Sleeping Beauty. Petipa based his libretto on an adaptation of the story by Alexandre Dumas pere. The composer’s 20-minute suite was an immediate success, though the ballet as a whole was not, until it began to find favor many years after its debut in 1892. Today it’s performed worldwide during the holiday season. Among its unique features is the composer’s use of the celesta (a.k.a. celeste), a keyboard instrument that replaces the strings of a piano with metal bars, producing a sound akin to a glockenspiel.

The two-act ballet is a fantasy played out during the holiday season. Children and adults gather at a Christmas party, where toymaker Drosselmeyer presents Clara with a nutcracker. The nutcracker’s jaw is broken, but the toymaker repairs it. When the children go to bed, Clara’s toys are transformed into soldiers, led by the Nutcracker, who battle the evil mice. The Mouse King is about to kill the Nutcracker when Clara herself gets in on the action, dispatching him with her slipper. The Nutcracker becomes a prince and whisks Clara away to the Land of Snow and the Land of Sweets before she awakens before her Christmas tree with her beloved nutcracker.

“For many families, the holidays aren’t complete until they’ve seen The Nutcracker on stage.” – Tampa Bay Times

“Set to Tchaikovsky’s sublime score, a dreamlike journey unfolds through a moonlit snow scape to a whimsical Land of Enchantment . . . dancers bring to life iconic choreography from the wondrous waltz of the snowflakes to the pristine Sugar Plum Fairy pas de deux.” – Pittsburgh Ballet Theatre

For the Harbor Springs performances, tickets start at $15, $5 for students and can be purchased at MyNorthTickets.com.

Interlochen tickets are $28; though sold out, you may call the box office at 231-276-7800 to see if any are turned back in. There will also be a live webcast; go to https://live.interlochen.org/live_webcast_schedule.

For More on this Northern Michigan Event