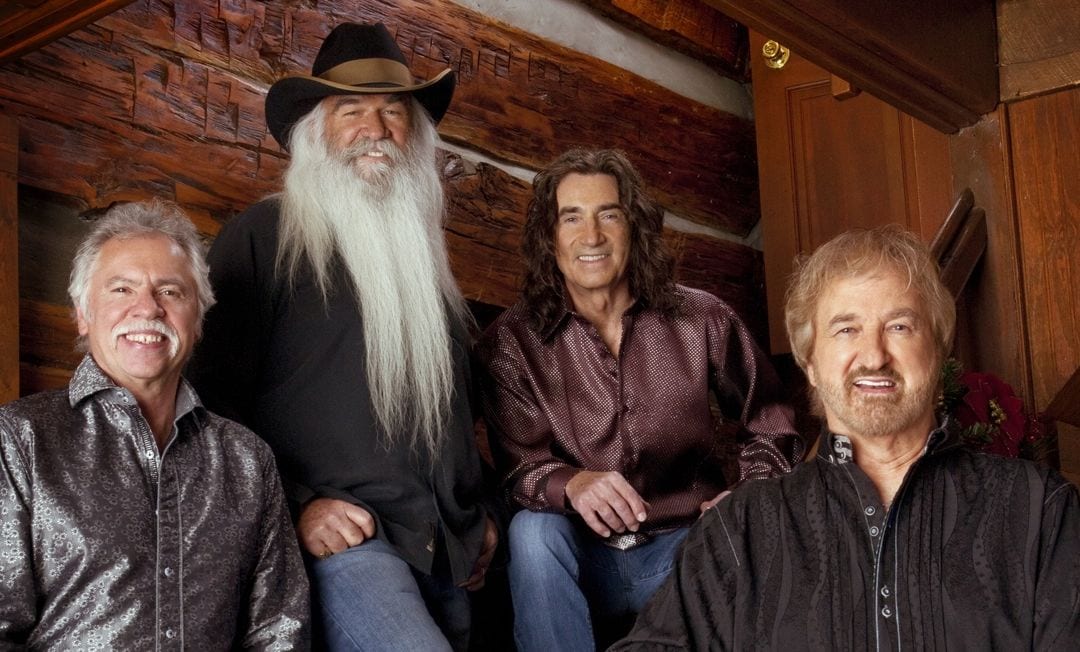 What we know today as the Oak Ridge Boys actually started back in 1943 as Wally Fowler and the Georgia Clodhoppers. The quartet performed for staff members and their families at the nuclear research plant in Oak Ridge, Tennessee. They were asked to sing there so often that eventually they changed their name to the Oak Ridge Quartet. As the group’s most popular songs were gospel, Fowler decided to focus solely on southern gospel music. Following numerous personnel changes and a half-dozen recordings, the group changed its name to the Oak Ridge Boys in 1961.

The group began to diversify from gospel to country in the early 70s, and in 1981 had their biggest hit with “Elvira” and the album Fancy Free. William Golden joined in 1964, and Duane Allen in 1966. The other two current members, Richard Sterban and Joe Bonsall, joined in 1972 and 1973, respectively. Apart from an eight-year stint in the late 80s to mid-90s, that lineup of the Oak Ridge Boys has been a constant.

The Oak Ridge Boys were country royalty throughout the 80s and 90s, and their popularity continues to this day. In 1970, the Oak Ridge Boys earned their first Grammy award for “Talk About the Good Times.” They’ve since won four more Grammys and numerous Dove, CMA, Academy of Country Music and other awards.

They were inducted into the Country Hall of Fame this year by longtime touring partner Kenny Rogers. The group has released eight holiday-themed recordings, and will draw heavily from them as well as the more than 40 other albums the group has recorded together. This is the group’s 26th annual “Christmas Night Out Tour.”

“There are a few musical riffs that are seared into my childhood memories – the opening bars of ‘Billie Jean’ by Michael Jackson, the big chorus from ‘Let’s Get Physical’ by Olivia Newton-John and this (followed by a sound bite of the chorus of ‘Elvira’).” – NPR’s Rachel Martin, interviewing the group

“This friendship goes back many years, and what happened yesterday gave the president a real shot in the arm.” – The office of former President George H.W. Bush’s after the group serenaded the then-ailing Bush over the phone in December 2012

Little River Casino tickets are sold out, so check Craigslist.