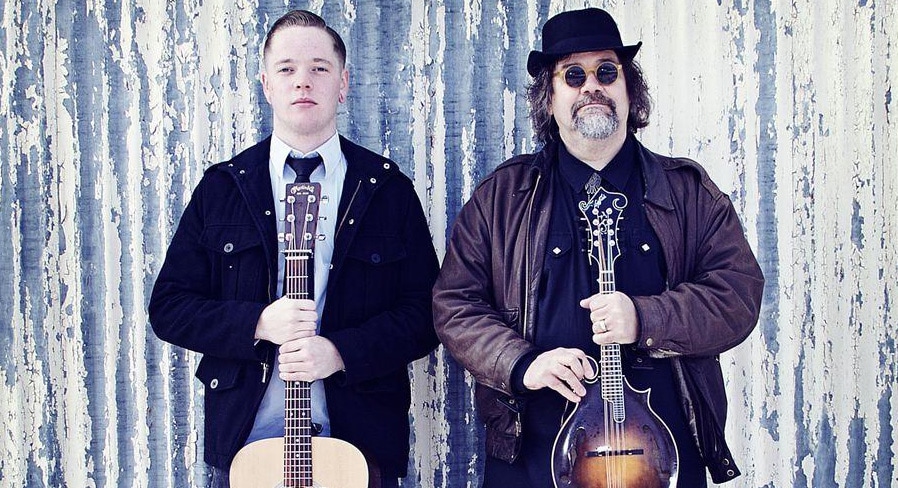 Northern Michigan music artists guitarist Billy Strings and mandolin player Don Julin are winding down their partnership after two years. MyNorth Media entertainment writer Ross Boissoneau tells us more about this duo from Traverse City, and shares how you can catch one of their last Michigan performances.

Born in Lansing, William Apostol grew up in Morehead, Kentucky, before moving back to Michigan and settling in Muir in Ionia County. After seeing a guitar in an antique store, he begged his dad to buy it for him, which his father did. Apostol, a.k.a. Billy Strings, learned to play by listening to and accompanying his father, uncle and other local country/folk/bluegrass musicians, eventually earning the nickname Billy Strings from his aunt. In his teens, he went through a rock phase and a pop stage before eventually returning to bluegrass.

Don Julin took up mandolin in 1979 after hearing David Grisman combine bluegrass and jazz. He played guitar for a few years with the Microtones before once again picking up his much-beloved mandolin, playing everything from Miles Davis and Antonio Carlos Jobim to Bob Marley and Frank Zappa.

When Strings moved to Traverse City, the two hooked up, and Julin jumped at the chance to get back to his musical roots. The two have since toured the country and recorded together, playing bluegrass classics and originals.

With Billy Strings’s decision to move to Nashville to try to carve out a solo career, dates like this one in Boyne City will be among the last for the duo.

Despite the 30-year age difference between the musicians – Julin is in his mid-50s, Strings his early 20s – their musical sympatico has enthralled audiences, and even left some people wondering if their ages are reversed. Julin told industry exec turned country and folk music blogger Easy Ed it simply proves that music is a global language which transcends age.

“The unholy child of Pantera and Tony Rice.”– The Bluegrass Situation

“I’m moving on and playing with lots of different cats,” and want “to focus more on playing with my dad.”– Billy Strings to the website LocalSpins.com