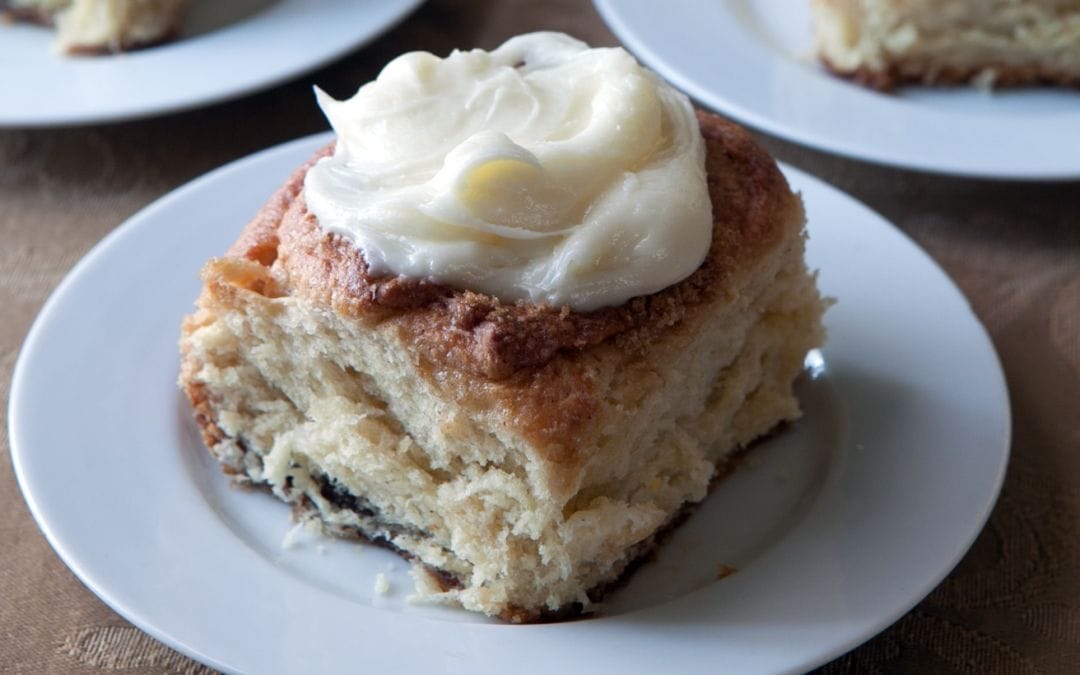 While early winter lashes at the fogged windows on a winter day in Traverse City, we savor a confectionary storm of triple-zero cake flour hanging in the warm air, egg whites drifting into stiff peaks in a steel mixing bowl and the sweet soul-warming smells of vanilla crescent pastries baking, and sugar caramelizing on ramekins of eggnog crème brûlée. Daniela invites us into her Traverse City kitchen to partake in the sumptuous Austrian tradition of holiday baking, sharing stories and recipes. 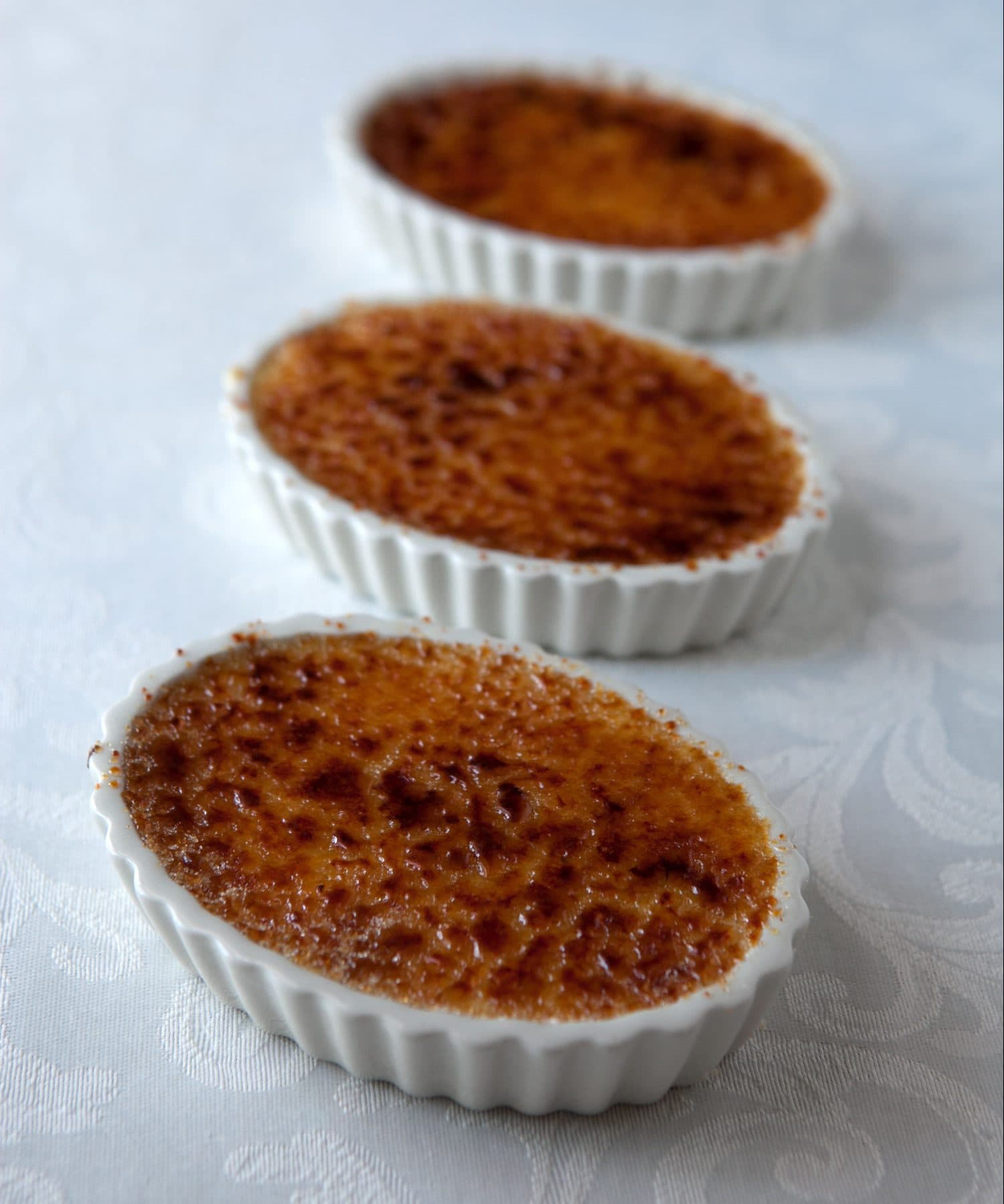 A native of Innsbruck, Austria, Daniela’s piercing eyes and permanent smile belie a childhood spent eating her grandmother’s confections among bucolic Tyrolean landscapes before moving to Traverse City. “My grandmother is the greatest baker I know,” she says, with her soft Austrian accent. “Growing up with Celiac disease (a severe gluten allergy) I was never allowed to eat any of the tortes or cookies we spent hours making, but it was ideal. I stayed thin and got to see the joy on everyone’s faces.”

There is no shortage of joy as the Traverse City chef describes her initiation into the pastry kitchen after culinary school in Chicago before moving to Traverse City. “I got the sense that because I was a girl I was sent to play with the pastries,” she says. “But ultimately I think this is the most creative side of the kitchen and certainly the sweeter side of life.” Interrupted by a kitchen timer, Daniela pulls from a hot oven the sweeter side of life in the form of oozing flourless chocolate tortes destined for happy marriage. A Northern Michigan Balaton cherry compote is reducing on the stovetop.

Featured in the December 2010 issue of Traverse, Northern Michigan’s Magazine. Get your copy. 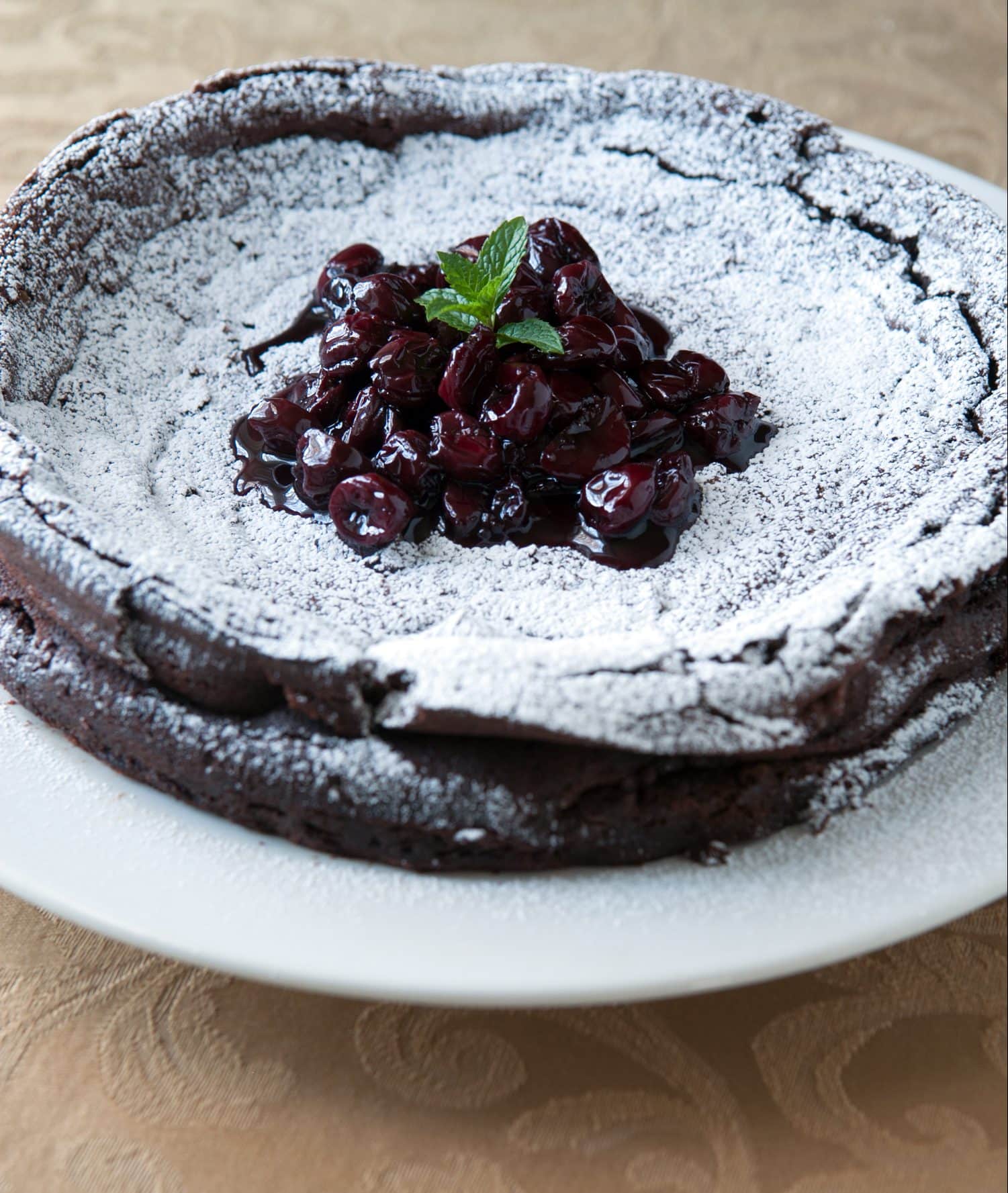 Inspired by her grandmother’s tutelage and inexhaustible variety of cookies, cakes and pastries, Daniela then sought technical training at Chicago’s Blue Water Grill under Nate Meads, former pastry chef at Chicago’s iconic Tru restaurant and current owner of Fritz Pastry. “Nate pushed me,” Daniela says. “He taught me technique and research and especially how to make good ice cream.” 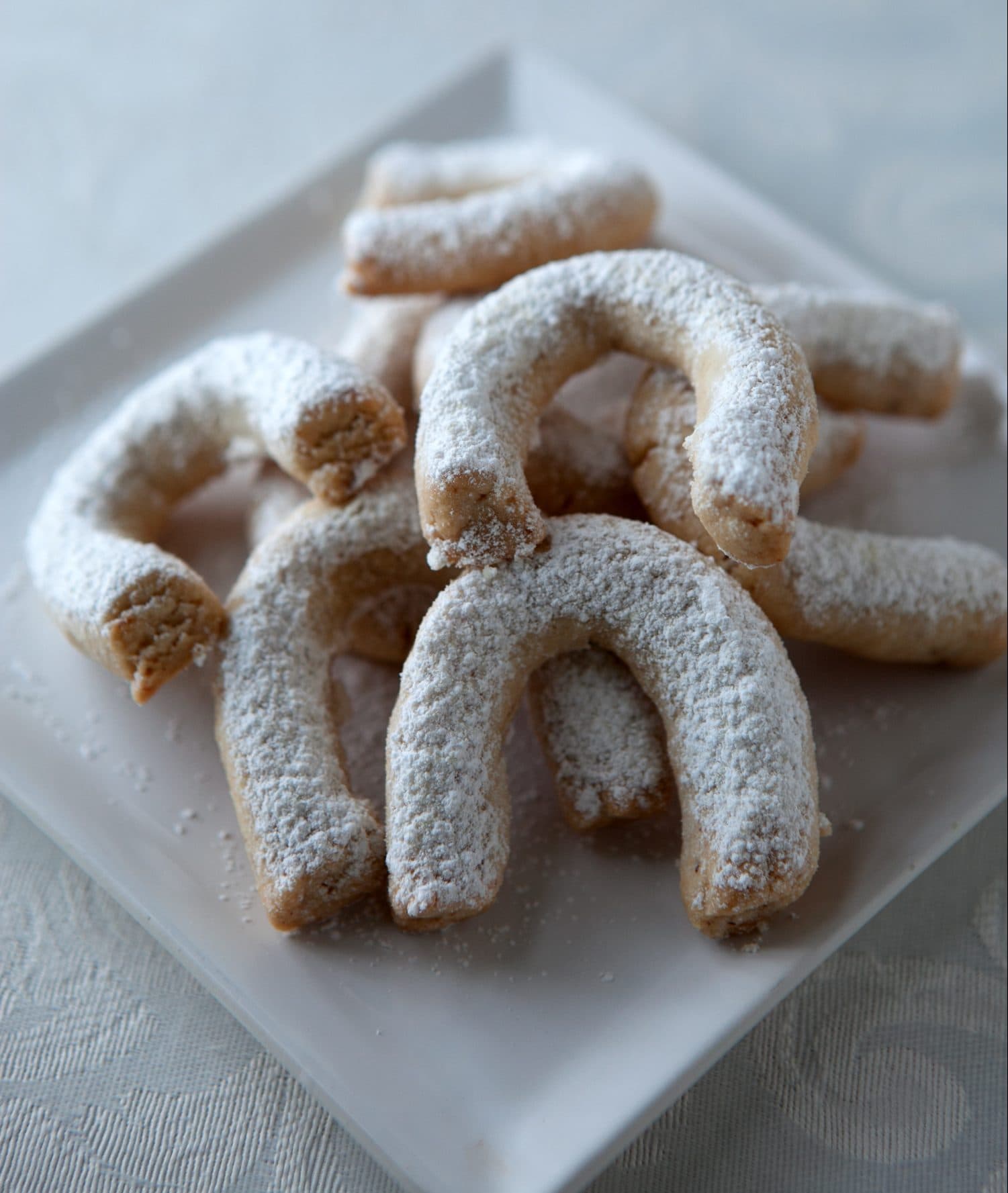 In terms of holiday baking wisdom, Daniela advocates staying in your comfort zone. There are many recipes that embrace simplicity and richness. “Holidays are not the time to try complicated new recipes for the first time,” she advises. “Whether you are baking for gifts or making dessert for the holiday meal, it’s important to be comfortable with your recipes so you can spend time relaxing with your family and not stressing out in the kitchen.”

When asked what tool every home baker should have to minimize the aforementioned stress, Daniela recommends a KitchenAid mixer. “There’s nothing you can’t do with one of those things,” she says. “I have three, including a new prototype that’s more powerful than my lawnmower.” 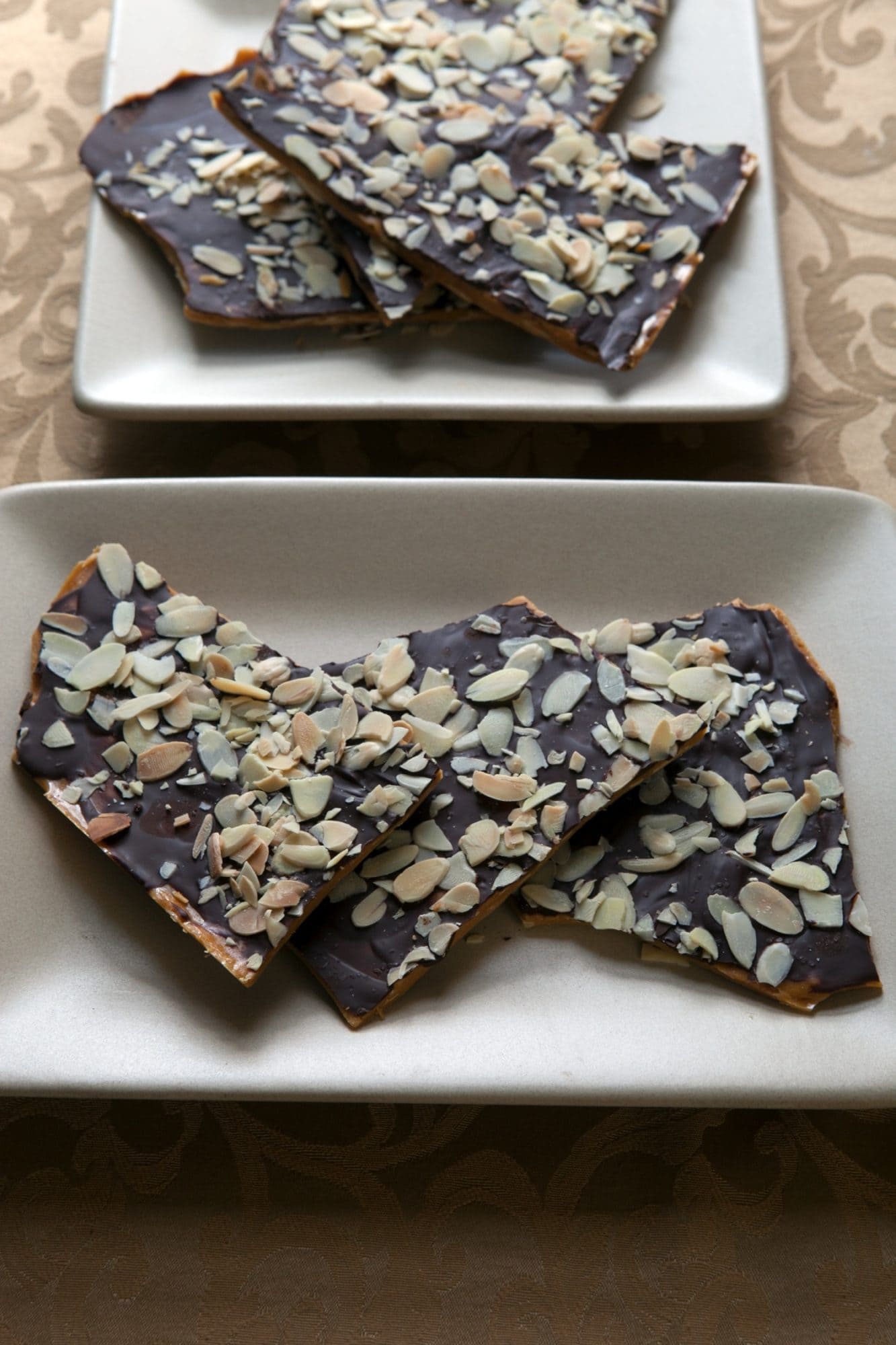 Words seem paltry as the Traverse City kitchen is subsumed in the thick, spicy aroma of Daniela’s signature cinnamon rolls and the nutty, burnt sugar bliss of almond toffee bark. We may be missing the Alps and ornate gables, but with the constellation of sublime holiday confections and a young Austrian chef smiling over them, the sharp Northern Michigan December gales lose their edges. We submit to an indulgent holiday spirit with every bite. 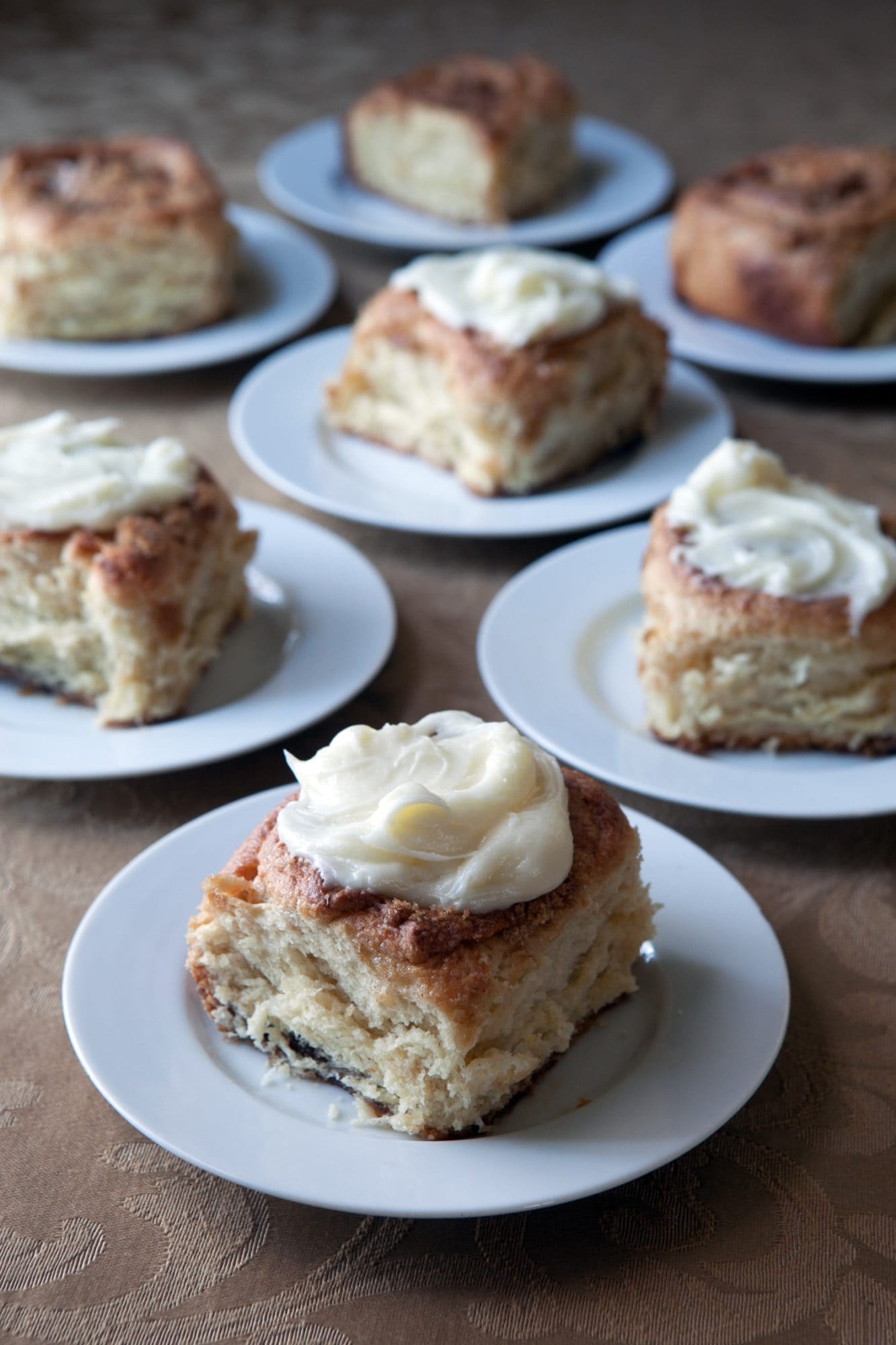