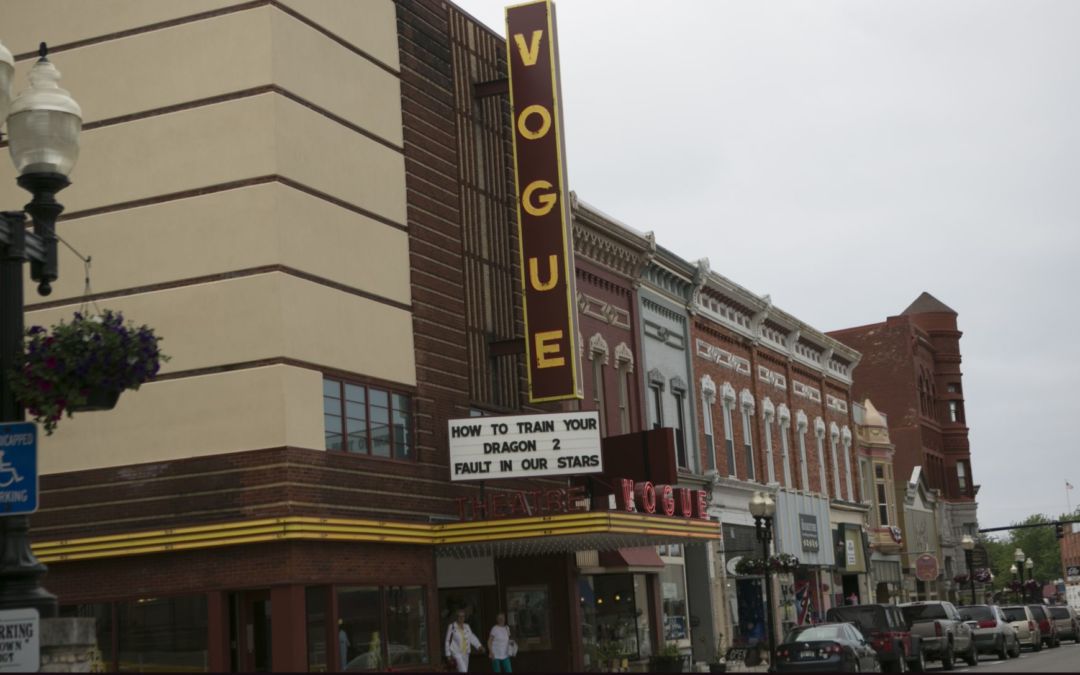 On a Friday in September, at a 4:30 showing of A Walk in the Woods, a moviegoer strolled into the Vogue Theatre in Manistee, purchased a ticket, and instantly made history—by being the 100,000th patron in the less-than two years since the theater’s momentous restoration and reopening.

The roughly $2.5 million project, which rehabbed the shuttered 1930s-built cinema, was ignited by Michael Moore and largely funded and sustained through community support; Travis Alden, executive manager at The Vogue, says this milestone just makes it even more clear that the theater is now a vital part of Manistee.

“We’re proving that a community can take a little bit of a risk on a project like this, and trust that they’re making the right decisions,” he says. “There were a lot of people who saw the potential in this project. We like to think we’re delivering on that.”

Learn more here about the renovation of Manistee’s Vogue Theatre on MyNorth.com.