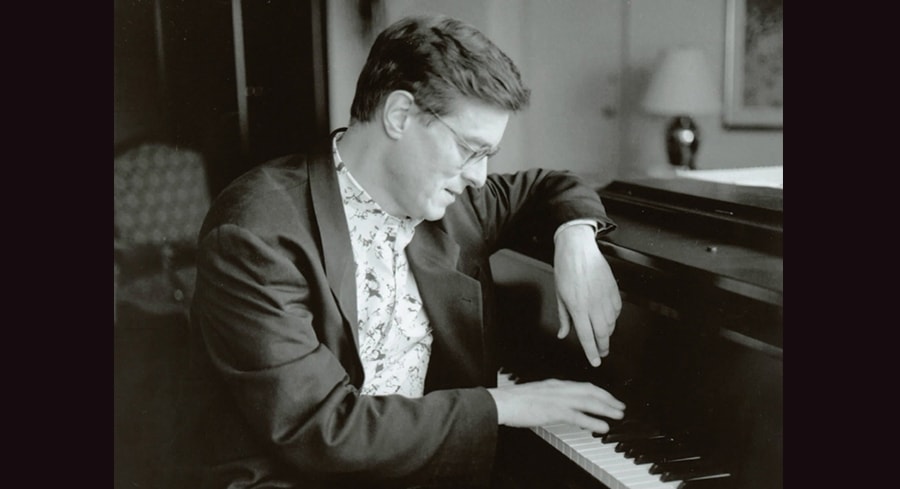 A fixture on the music scene since the 70s when he was an upstart hippie classical pianist, Peter Serkin is now regarded as one of classical music’s elder statesmen. MyNorth Media’s entertainment writer, Ross Boissoneau, introduces us to Peter upon his Northern Michigan music performance at Interlochen November 22.

The son of legendary pianist Rudolf Serkin and grandson of violinist Adolf Busch was always surrounded by music. As he grew up, he heard his father practicing at home and then performing concerts; today he plays many of the same pieces. At age 11, he entered the Curtis Institute of Music in Philadelphia. In 1959 Serkin made his Marlboro Music Festival and New York City debuts with conductor Alexander Schneider; invitations to perform with the Cleveland Orchestra and George Szell and with the Philadelphia Orchestra and Eugene Ormandy soon followed. He has since performed with the world’s major symphony orchestras, with such eminent conductors as Seiji Ozawa, Pierre Boulez, Daniel Barenboim, Claudio Abbado, Simon Rattle, and James Levine.

Classical and chamber music. This concert will feature music by Bach and Mozart as well as Ravel.

Though he plays classical music, Serkin is a fan of and influenced by jazz. His oldest son is a jazz trumpeter and graduate of Berklee. While he loves the music of storied composers such as those he will be playing in Traverse City, Serkin is also a proponent of the music of composers such as Schoenberg, Webern, Berg, Stravinsky, and Messiaen. For example, in 2000 he released The Ocean That Has No West and No East, with compositions by Webern, Wolpe, Messiaen, Takemitsu, Knussen, Lieberson and Wuorinen. That same year BMG released his recording of three Beethoven sonatas. Over the years he received several awards, including numerous Grammy nominations and wins.

“I’ll never forget hearing Thelonious Monk play in the clubs downtown. I heard Monk, and I heard Bill Evans. Heard many of these great saxophonists; I love Archie Shepp in particular.” – Peter Serkin

“The light, almost feathery touch he uses in gentle passages, for example, yields a smooth, strikingly transparent texture and conveys a sense of patient exploration. Mr. Serkin’s interpretive style is so thoughtful and distinctive that disparate works seem to have similarities in his hands, which might not be apparent otherwise.” – The New York Times

Tickets for the Interlochen event start at $20 and can be purchased at MyNorthTickets.com