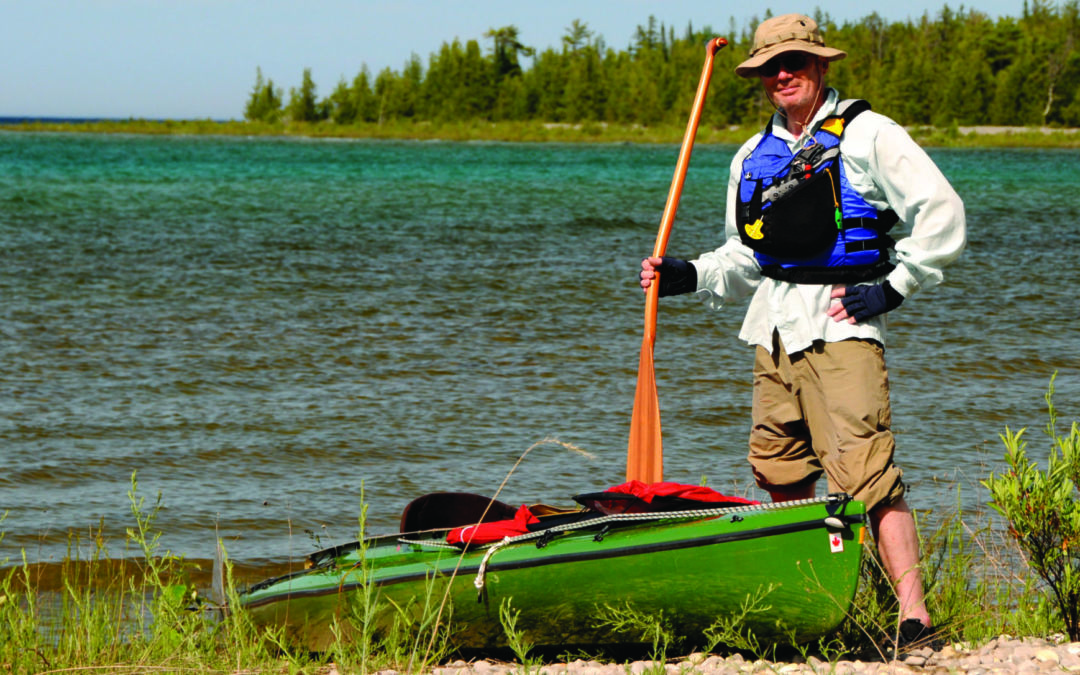 MyNorth Media contributing writer Emily Bingham tells us the story of a Petoskey paddler with a large love for Northern Michigan outdoors. His inspiring tale about solo paddling the Great Lakes is below, and was originally published in the November 2015 issue of Traverse, Northern Michigan’s Magazine.

On Labor Day weekend, Stephen Brede completed a quest six summers in the making: a solo paddling trip circumnavigating all five Great Lakes, totalling more than 3,900 miles. The Petoskey journalist and photographer says he’d first wanted to take an epic walkabout—but then he became inspired by a legendary long-distance canoeist Verlen Kruger, who paddled more than 100,000 miles in his lifetime, and decided to do that “walkabout” with a paddle instead.

Brede dedicated a summer to each lake—with two summers dedicated to Lake Superior—paddling each one in two- to three-week stretches, stopping for stormy or windy days. He plans on writing about the journey, and hopes that more people discover the joys of paddling the Great Lakes as a way to connect to the landscape and more deeply appreciate the lakes’ importance.

“I felt like I’d kinda leave Earth every day. It’s so elemental,” he says of the experience.

As to what he’ll do now that all five lakes are checked off his list? He laughs: “Maybe the house will get painted after all.”