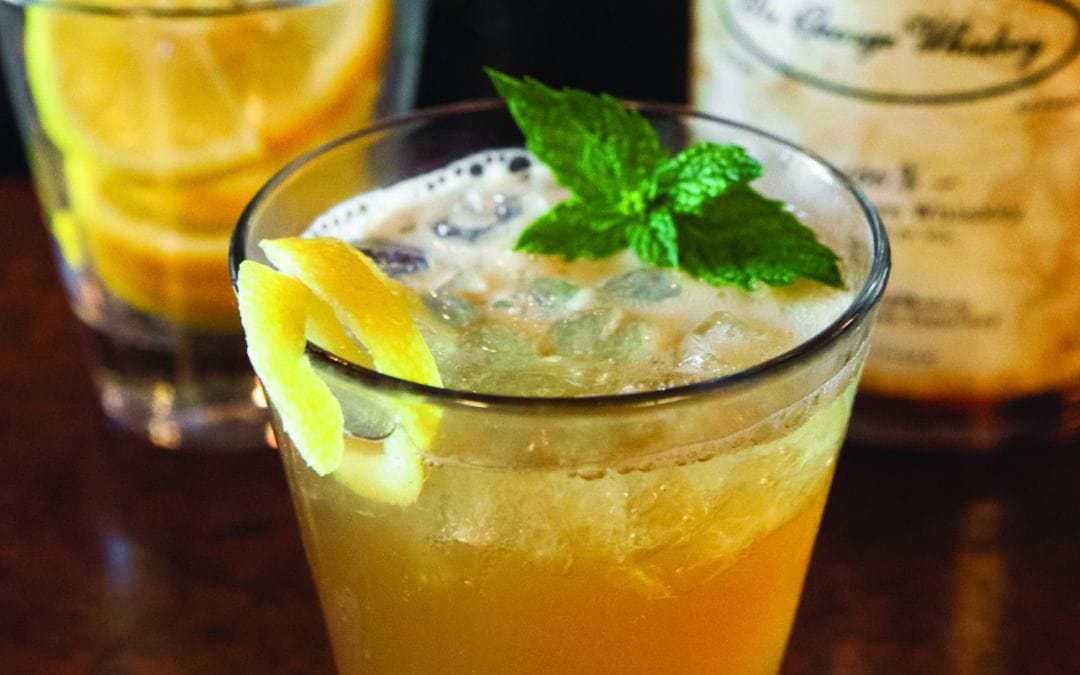 November’s scarce daylight and insinuating chill demands that we stoke the wood stove, don the flannel and get down to the business of Northern Michigan whiskey. First fermented for medicinal use in medieval monasteries, this manifold elixir can be a singular or blended distillate of rye, wheat, corn or barley, each of which bestows distinct layers of flavors to the resultant hooch. Whiskey’s aging regimen in toasted oak barrels determines color and texture and lends dimension to flavor compounds derived from the grains. Longer cask exposure makes for smoother, more textural whiskeys, and, in the cooperage, everything from sherry barrels and Sauternes barrels to heavily charred Missouri oak is deployed.

With a proliferation of boutique distilleries and a craft cocktail culture to support them, whiskey is having its heyday. Read on as we sip our way through six locally distilled whiskeys to stash in your cabinet, originally published in the November 2015 issue of Traverse, Northern Michigan’s Magazine.

Grand Traverse Distillery, Ole George Straight Rye Whiskey
Bottled at a burley 93 proof, Ole George is a spicy iteration of straight rye with vanilla and toffee underpinnings. Sip it straight or in classic rye cocktails like the Sazerac.

Civilized Spirits, Single MaltCivilized distills a malted barley homage to Scotch, the Celtic king of whiskeys. Sophisticated and, well, civilized, with a touch of smokiness, it should be sipped on the rocks or with a small splash of water.

In a rocks glass muddle the orange wedges and bitters, add the whiskey and ice cubes, stir then top with seltzer and garnish with lemon slice.