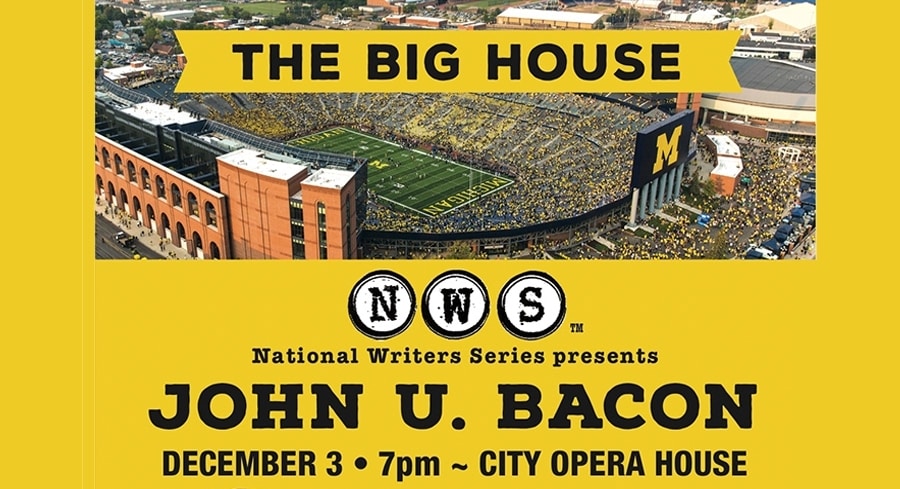 TRAVERSE CITY: Until a summer day in Northern Michigan, the thought of Jim Harbaugh coaching the University of Michigan football team was absurd, wrote New York Times bestselling author John Bacon. After all, Harbaugh was an NFL coach who lived in the balmy climes of California. But a trip to Leelanau County got him thinking about raising his kids in a college town.

Bacon reveals the inside story of the U-M football program and how it was nearly decimated by poor leadership in his newest book, Endzone: The Rise, Fall, and Return of Michigan Football. On December 3, he’ll take the City Opera House stage in a Traverse City event, the last Northern Michigan book event of the National Writers Series 2015 fall season.

Bacon wrote that Harbaugh and his wife, Sarah, were visiting Leelanau County for the summer wedding of Garrett Celek, a tight end with Harbaugh’s San Francisco 49ers. They also took a boat trip on Lake Charlevoix with Bill Boike, a Michigan-trained neurologist, Bacon, and several others.

CLICK FOR THE STORY AND PHOTOS OF THE CELEK WEDDING 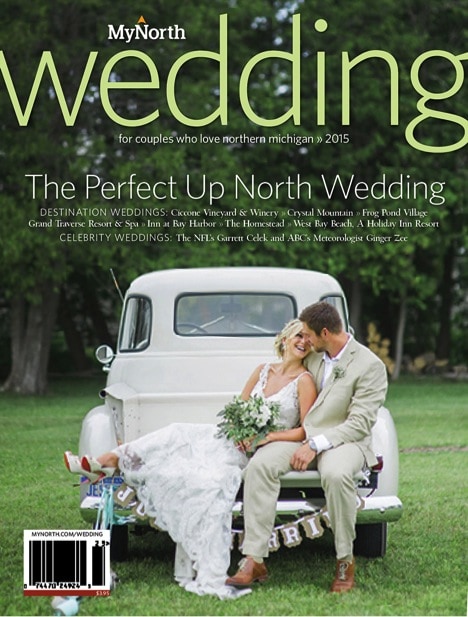 Boike blasted a recording of the “The Victors,” Michigan’s fight song “just to welcome Jim to our little piece of heaven,” Bacon wrote.

Soon they encountered another boat with rival MSU fans who blared their own fight song in response.

At the wedding the next evening, it became clear that “Harbaugh had never lost his feeling for Michigan and his desire to coach there was as strong as ever,” Bacon wrote.

In Endzone, Bacon brings you as close as you can get to the inside story of U-M’s legendary football program—how it rock bottom from poor leadership, but restored thanks to fans, players, students and alumni. Bacon wrote the book in record time, which reached No. 3 on the New York Times bestseller list of sports books. 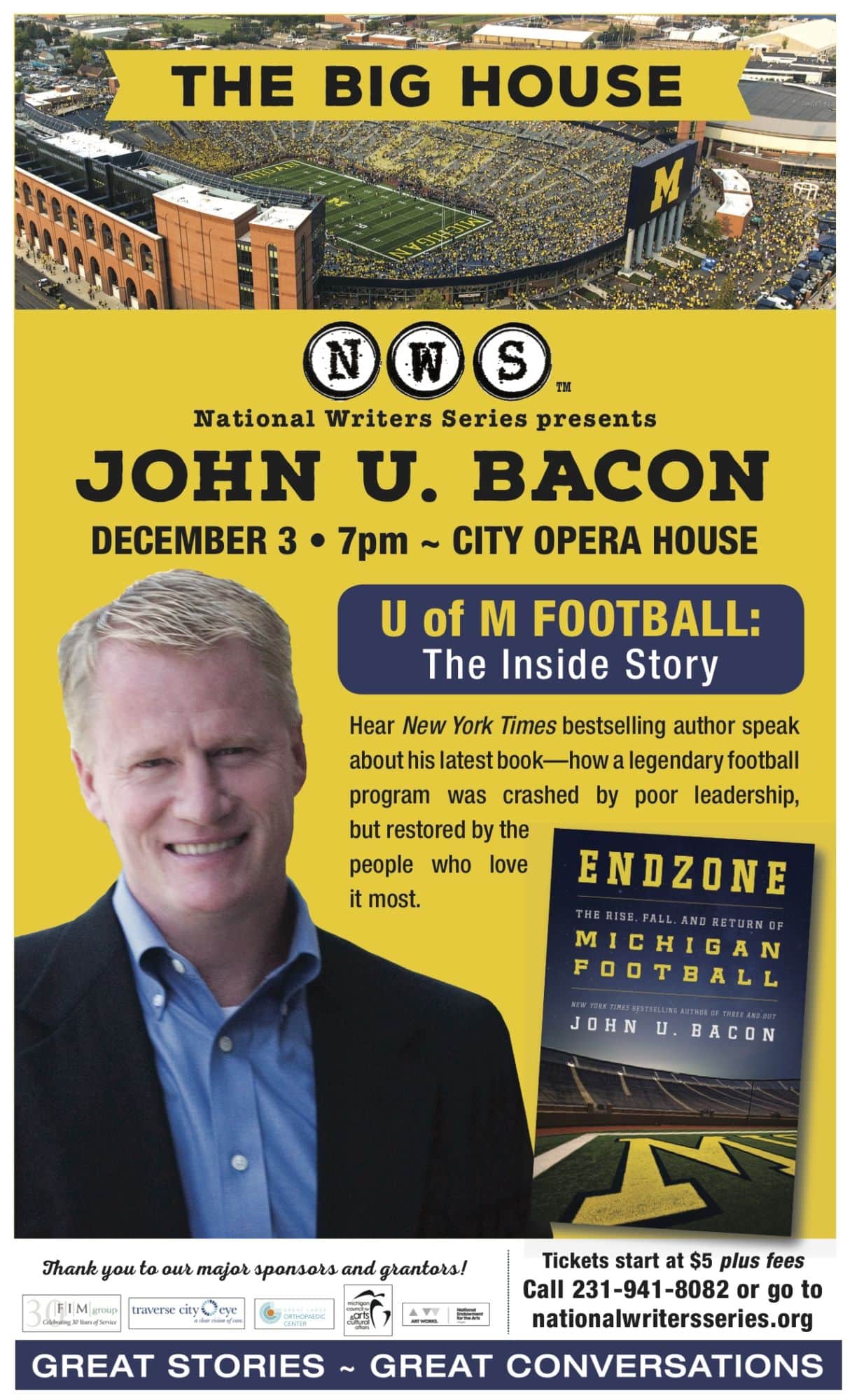 Bacon has covered sports for the Ann Arbor News, the Detroit News, the New York Times and ESPN magazine.  He has written and co-written eight books, six of which cover Michigan and college sports. A dynamic public speaker, he’s given numerous talks revolving around leadership, creativity and diversity. With a history degree from U-M and a master’s in education in 1994, he teaches at Northwestern Medill School of Journalism and the University of Michigan.

Bacon’s event starts at 7 p.m. Doors open at 6 p.m. with live music and a cash bar in the lobby.

For tickets, please go to www.nationalwritersseries.org, call the City Opera House Box Office at 231-941-8082, or, for lowest ticket fees, buy your tickets in person at the Box Office at 106 E. Front Street. Prices range from $5 to $35 plus fees.