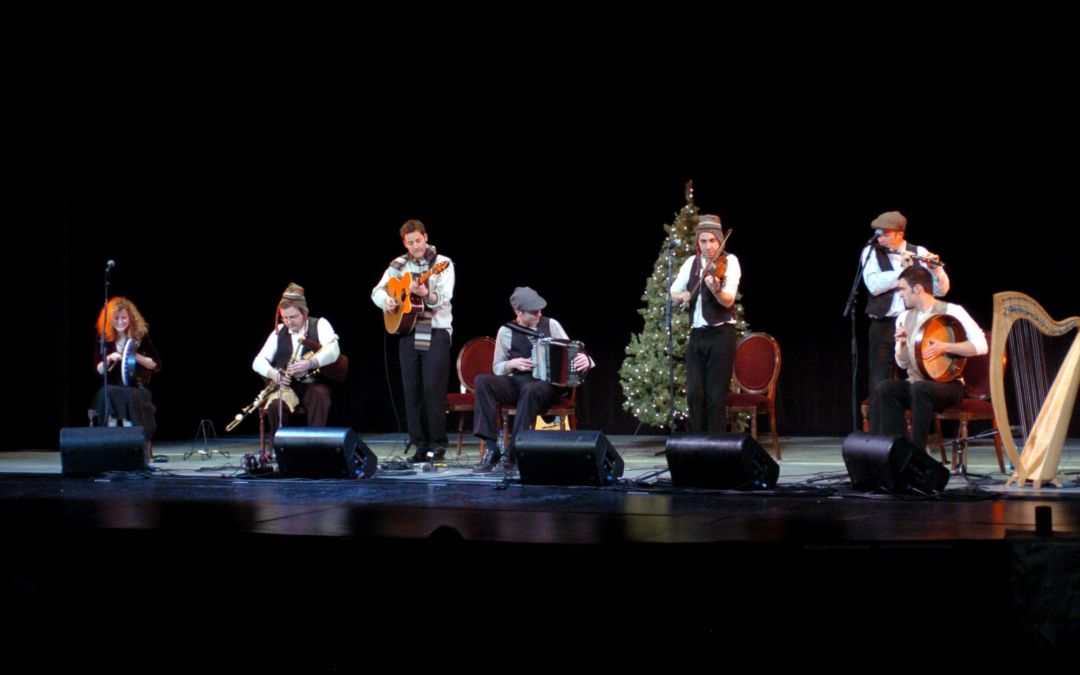 Irish Christmas in America, a multimedia Irish-themed show led by fiddle player Oisin Mac Diarmada, comes to Traverse City for the holidays. The Northern Michigan event will be held at Milliken Auditorium on Sunday, November 29 at 7 p.m. MyNorth Media’s entertainment writer, Ross Boissoneau, gives us the background on this lively performance.

Irish Christmas in America, a multimedia extravaganza with songs, humor, and dancing, performed by a septet from the Emerald Isle

In 2004, while fiddle player Oisin Mac Diarmada was performing a Christmas-themed show with a harp orchestra in Germany, he came up with the idea of touring with an Irish-themed holiday show. He wanted to make it even bigger and better, so he invited some friends along, including members of his award-winning lrish group Téada. It’s been a popular tradition ever since. “I wanted to make it a bigger kind of show. It was a lovely chance to do a little bit more talking about Ireland, the customs, traditions, and introduce people to a visual image of Ireland,” he told MLive. He’s been joined onstage by vocalists like Séamus Begley, Méabh Begley, Lumiere, Karan Casey, and Cara Dillon. This year’s tour features both Mac Diarmada (fiddle) and Begley, along with Sean Gavin (Uilleann pipes/flute), Samantha Harvey (dance/piano), Teresa Horgan (vocals/flute), Gráinne Hambly (Irish harp/concertina) and Patrick Doocey (guitar).

Traditional Irish and Celtic holiday music, as well as groups such as the Chieftains

Irish ballads & carols and stirring narration (with a bit of wit and whimsy) bring to life the ancient customs and stories of Ireland. Thrilling Irish step dancing adds another element to the show, while photographic images provide a backdrop for the performance, illustrating some of the rich historical traditions of the holidays in Ireland. Mac Diarmada was recently appointed Chief Examiner of the Irish Traditional Music Examination System, and his wife Harvey performs with her fiddle-playing sister Katie, in a duo with mandolin player Ashley Broder, and with Téada. Begley comes from one of Ireland’s most acclaimed musical families and is famous for his heartfelt singing and playing of the accordion, performing jigs, slides, and polkas with energy and spontaneity. He was named the TG4 Traditional Singer of the Year.

“One of the most gifted and creative traditional fiddlers playing today.” – Earle Hitchner, Irish Echo

“Lively and reflective … a powerful evocation of the season.” – Folk Wax

Tickets start at $27 ($24 for members) and can be purchased at MyNorthTickets.com