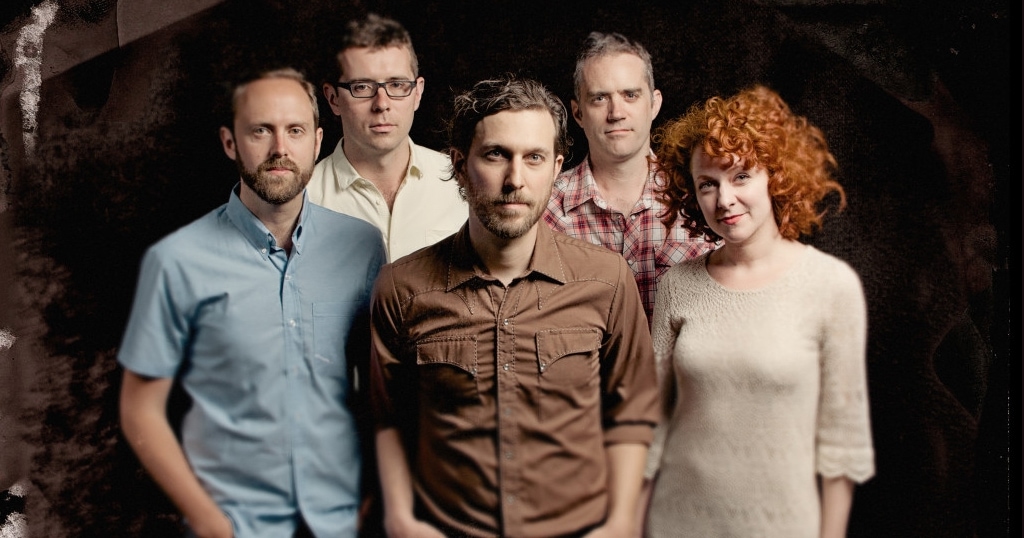 Ross: How did the band form?

Tony: Great Lake Swimmers was a songwriting vehicle at first, and a revolving cast of players formed a different band on any given night. Over time we settled on a regular group, made up of like-minded musicians from Toronto. In recent albums the recording contributions of the live band has made us feel more like a band, as well as our busy touring schedule in the last couple of years.

Ross: Why the variety of (mostly non-traditional) recording sites? What does that bring to the music? (The band’s latest album, A Forest of Arms, was recorded in part at Tyendinaga Cavern and Caves in Tyendinaga, Ontario, and previous albums have been recorded in a silo, castles and churches, as well as recording studios.)

Tony: I think that recording in special locations adds another layer of sound, and at the same time draws a certain kind of performance out of the players. There’s an energy and excitement about non-traditional sites that adds to the feel during the process.

Ross: Who are your and the band’s inspirations?

Tony: A handful of inspirational people to us are Leonard Cohen, Townes Van Zandt, Gram Parsons, Tom Thompson, The Group Of Seven, Chad Vangaalen, and cowboy music in general.

Ross: What things inspire you to write songs?

Tony: In songwriting I’m very much inspired by the outdoors, the natural world, hiking, being on and in the water, the forest, and trees. Also the celestial bodies and the night sky.

Ross: How would you describe the band’s sound?

Tony: The band’s sound can loosely be described as indie folk. It’s listening music but can also be upbeat.

Ross: How (and why) has the band’s lineup changed over the years? What has that meant to its sound?

Tony: Different members have come in and out of the band over our 12-year history for different reasons. Sometimes they move on to other projects and sometimes it is just time to move on. It’s a positive thing because with each new incarnation of the band, it brings new energy to the songs and to the live show.

Ross: You were commissioned to write and perform a song for Torn From the Pages about Nino Ricci’s Sleep: How did that come about? How did it differ from your work with the band? Did you have to read the book to write the song? (Torn from the Pages features a number of different musicians writing songs inspired by a book.)

Tony: Torn From The Pages came about through Dave Bidini, who is a Toronto musician and writer. He gathered up other musicians and writers to read Nino Ricci’s latest novel, Sleep, and then showcase new material based on it. This was a solo endeavor for me and felt a bit more academic than usual, in some ways. And yes, it was a prerequisite to read the book first.

Ross: You say you have swum in all of them, so why not Great Lakes (plural) Swimmers?

Tony: The name is meant to include all of the Great Lakes, though I personally grew up on Lake Erie, in a small town on its north shore. Plus if you pluralize Lake, it doesn’t really sound right to me. Say it to yourself, right now. Great Lakes Swimmers. Versus, Great Lake Swimmers. It feels more correct somehow, doesn’t it?

“They create a place where folk-rock meets country and bluegrass, and converge into a soothing, atmospheric lushness.” – Blurt

Tickets are $27 in advance, $30 at the door. Tickets to the Traverse City event can be purchased at MyNorthTickets.com.