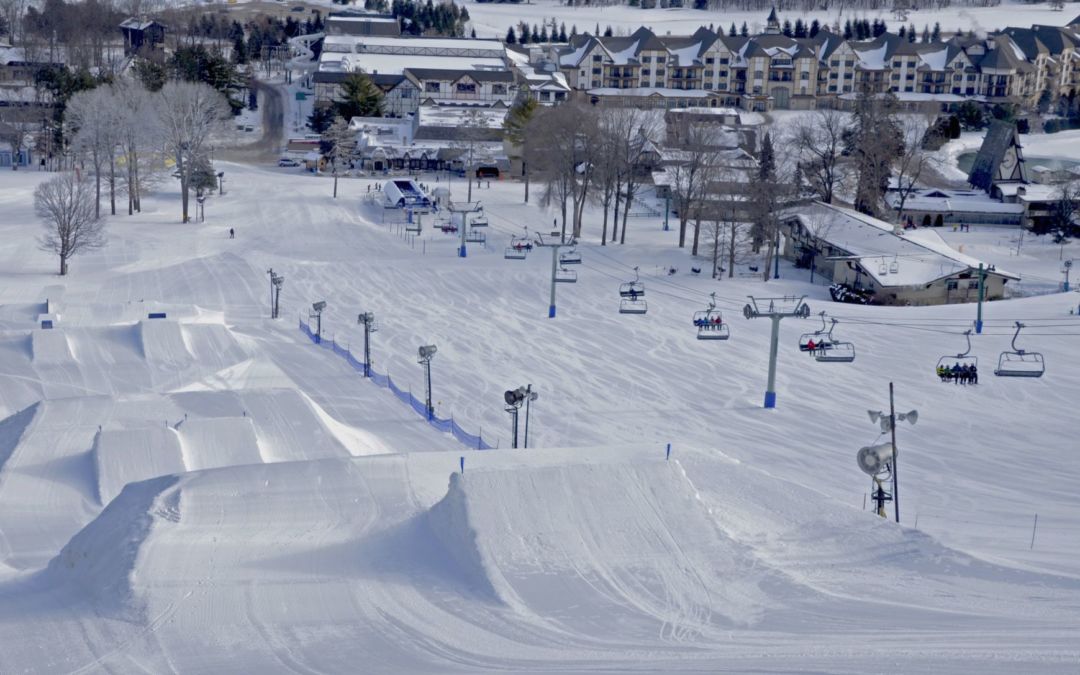 BOYNE FALLS: Boyne Mountain in Boyne Falls is getting plenty of attention for Northern Michigan skiing as the resort ramps up for the 2015-16 winter season earning two awards for the best terrain in the Midwest by leading national magazines.

Freeskier magazine’s inaugural readers’ 2015 Resort Poll named Boyne Mountain the No. 1 ski resort in the Midwest for freeskiing, a style that involves tricks, jumps, and terrain features, such as rails, boxes, jibs, and other natural obstacles.

Online readers were asked to “cast a vote for the ski hill that holds a special place in their hearts – where the freshies are abundant, the terrain so perfect and the good times aplenty.”

The results were published in the 2016 Resort Guide on newsstands now.

In its 2016 Park Poll, Transworld Snowboarding magazine ranked the best terrain parks across North America with Boyne Mountain claiming the No. 1 spot among the “Top 5 Midwest Parks.” The magazine pointed to the resort’s diverse park offerings as setting it apart from competitors and published the results in its November 2015 issue.

Boyne Mountain offers 415 skiable acres and seven terrain parks with over 60 features of varying sizes. For the youngest riders, the Burton Riglet Park is specially designed for 3- to 6-year-olds entering the world of snowboarding. Beginner park riders can explore Fritz’s Terrain Park with numerous small boxes and rails, and Campbells Alley, a new park offering rollers and banked turns. Ramshead Terrain Park is among the most popular at the resort with a large jump line and over 25 medium features. New this winter, the Ramshead lift will usher more rides and increased access to the park with expanded hours Wednesdays through Sundays, 9 a.m. to 4:30 p.m. At the center of it all, North McLouth Park offers large features, jibs, and a massive jump line perfect for spectating for those not quite ready for the big time. Among the most unique is the Transfer Station, which utilizes natural log features and jibs in a wooded locale, and is debuting four new features this season. Those looking for high-speed adrenaline can race against friends and family on the Chmielew-ski skier/boardercross course.