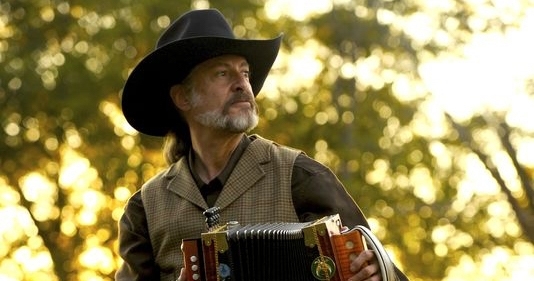 Mojo and the Bayou Gypsies, a zydeco and Cajun band from the heart of bayou country in Louisiana, is coming to Roscommon on Saturday, November 14. MyNorth Media’s entertainment writer Ross Boissoneau introduces us to their musical mélange before the Northern Michigan event.

Mojo and the Bayou Gypsies

Mojo’s first “performance” came as a two-year-old, imitating Elvis Presley in front of his family and banging on a skillet for a guitar. He soon moved on to real instruments, and by the time he was 11 he was performing professionally. He’s never looked back, and the resident of Lafayette, Louisiana, is the vocalist, accordion-player and songwriter for the group. The band has toured across the country, as well as Canada and Europe.

A musical mélange of Cajun, Zydeco, rock and blues

Mojo blends Cajun, Zydeco, New Orleans two-step, rock and roll, and blues into a musical gumbo he calls “red-hot mojo music.” His daughters have carried on the family musical tradition and performed with their father when they were younger. Marcy studied violin at Interlochen, and while T’Peche still plays for fun, she went on to become an oncologist. Mojo’s work with youth includes performing each year to inner-city and underprivileged children as well as children with disabilities.

A portion of the proceeds from every show is donated to charity, and over the years he and the band have supported such organizations as Habitat for Humanity, Shriners Hospital for Children, and the American Cancer Society. He has been active in the National Association of Recording Arts and Sciences and in historic preservation efforts in music, including helping get the Zydeco Rubboard (frottoir) into the Smithsonian.

“My mama says I was able to turn a behavior problem into a career – and it’s true.” – Mr. Mojo

“Besides performing thousands of theater shows, this Minnesota native has served as a music business mentor, educator, philosopher and staunch advocate of his adopted Cajun and Creole cultures.” – The Acadiana Advertiser

Tickets start at $29 and can be purchased at MyNorthTickets.com.