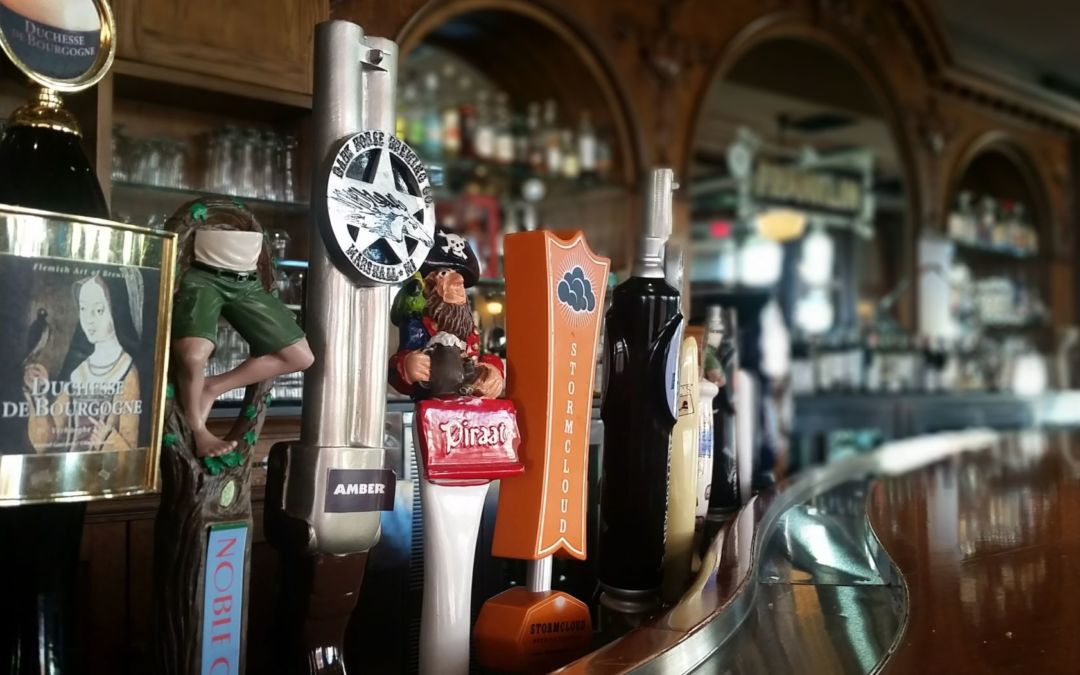 Traverse City Beer Week returns to the emerging beer town for a third year. Featuring craft Northern Michigan beer, over 60 beer-themed happenings, tastings, and workshops, the jam-packed Northern Michigan event in Traverse City runs from November 13 to November 20. With so much to choose from, we’ve picked out a few events to give you a head start on planning your beer adventure.

The week begins Friday with a pub crawl through downtown Traverse City featuring stops at nine local breweries and restaurants including 7 Monks, The Little Fleet, and The Franklin (pictured above). Pick up your crawl passport at Traverse City Tourism one week prior to the event, or grab one when the event starts at any participating location.

Show your competitive side and take in the Northern Michigan outdoors at the Great Beerd Run on Saturday, November 14 or the Bikes & Beer cycling tour on Sunday, November 15. Or, if you’d rather just treat your tastebuds, check out the beer and cheese pairing at Brewery Terra Firma on November 16, the beer dinner at The Cook’s House on November 17, or beer and pierogi night at 7 Monks Taproom on November 18.

On November 19, join in the North vs. South Brewery Battle between Short’s Brewing Company and Atwater Brewery. This pairing dinner will feature five “battle” stations with brews from each brewery and food to pair. Brewery representatives will be on hand to talk about each beer, and guests will vote for the best brew at each station. The winners will be announced at the conclusion of the event.

Reserve your tickets for the Brewery Battle at MyNorth Tickets!

Each Traverse City Beer Week event is developed jointly between brewers, restaurants, and retailers to highlight a certain aspect of the craft beer movement whether it’s a special product or a style of beer. Every event will feature truly craft beer and include a presentation by the host brewery or brewery representative.

Get the full listing of events for Traverse City Beer Week here!