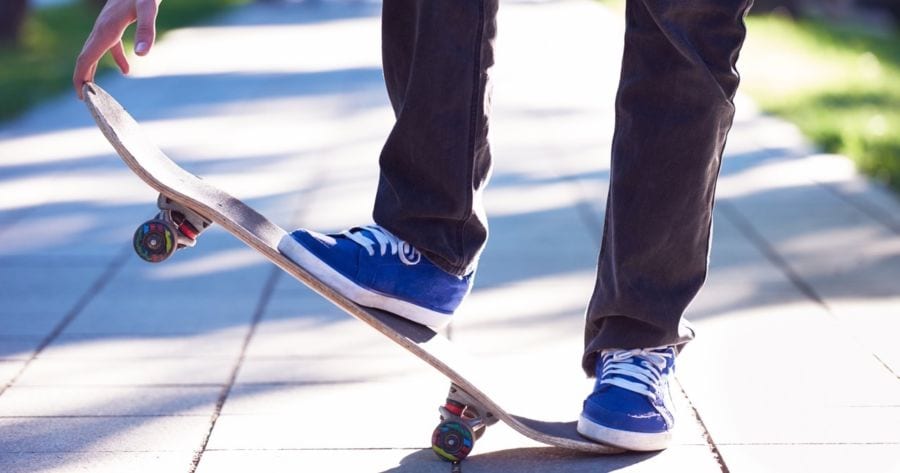 One idea and a lot of hard work can really pay off. A Northern Michigan youth is now enjoying the benefits of her labor in Frankfort. Get inspired by a 14-year-old and her contribution to the Frankfort Skate Park in this feature written by Emily Bingham, originally published in the October 2015 issue of Traverse, Northern Michigan’s Magazine.

Helen Erginkara was 12 years old when she strolled into Frankfort’s Beachnut Surf Shop and announced to co-owner Larry Bordine that the town needed a skate park. “He told her, ‘Yeah, I agree with you, but tell that to the city council,’” says Nancy Bordine, who co-owns the shop with her husband. “And Helen said, ‘I already have.’”

The plucky middle-schooler, bothered by a few near misses with cars while out on her longboard, had taken it upon herself to pitch the idea to the city—and they had been open to it, as long she found the money to finance the project. Helen and her friends quickly got to work, organizing fundraising skate clinics and helping secure large donations; two years later, they had raised nearly $150,000, an Oregon-based skate-park design team had been hired, and construction was underway at Market Square Park.

The skate park was completed in August, giving Helen and other Frankfort skaters a safe place to practice the sport they love.

“It’s really cool to look at it and think that if it weren’t for my friends and me, it wouldn’t be there,” the 14-year-old says.

Her advice to young people who want to bring skate parks to their own towns? “You have to believe it’s possible.”