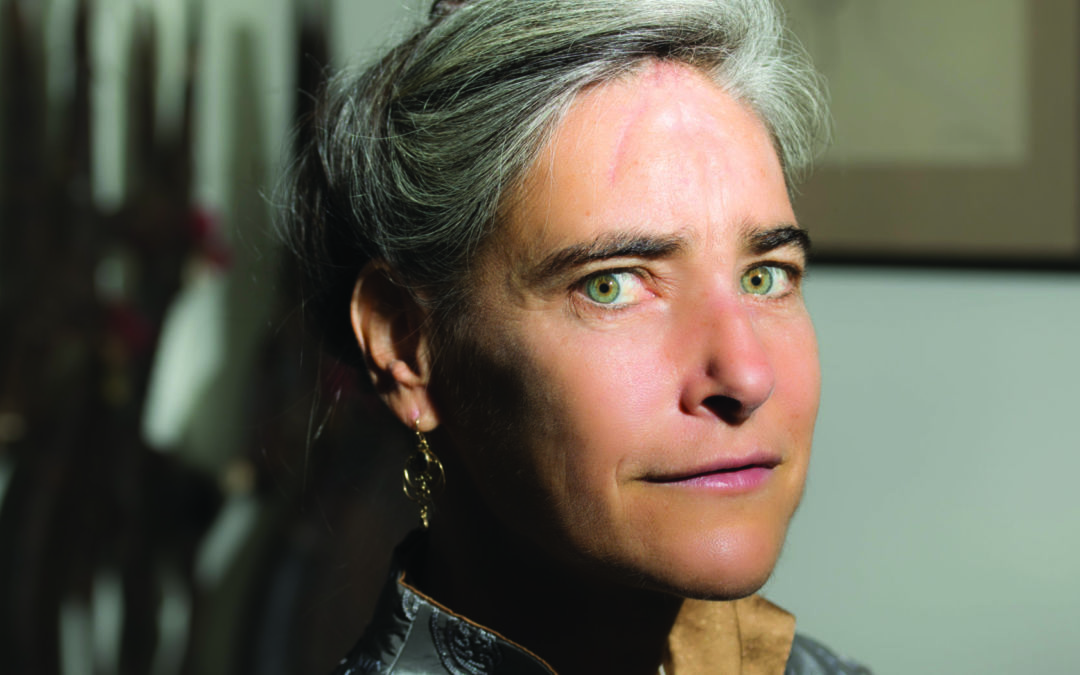 TRAVERSE CITY: Join us as the Traverse City National Writers Series, in partnership with the International Affairs Forum, presents a unique opportunity to hear from one of America’s leading independent and creative thinkers, Sarah Chayes, joined on stage with former diplomat Jack Segal. This Northern Michigan book event will take place at the City Opera House in Traverse City on Thursday, October 15.

If you’ve ever wondered what it’s like to be in the room where world leaders puzzle over pressing problems, here is your chance to listen in.

As a star National Public Radio correspondent covering the fall of the Taliban regime, Sarah Chayes made the unusual decision of settling in the former Taliban heartland, Kandahar, Afghanistan. While a new, NATO-led war unfolded around her, she founded Arghand, a start-up manufacturing cooperative where men and women worked together to produce fine skin care products for export. Running her company in downtown Kandahar gave her an extraordinary vantage point for observing how U.S. policies enabled— and benefitted from—corruption in Afghanistan.

In Thieves of State: Why Corruption Threatens Global Security, Chayes considers the problem of corrupt regimes around the globe. From Syria to Nigeria to Ukraine and Afghanistan, she draws a connection between countries with kleptocratic governments and global issues that just keep getting worse. Are Washington policymakers aware of the connection? And can they do anything to break the cycle?

You’ll definitely want a seat at this Traverse City event!

Along with Thieves of State, Chayes is the author of The Punishment of Virtue: Inside Afghanistan After the Taliban (Penguin, 2006) and contributes to The Los Angeles Times, The Washington Post, Foreign Policy, and Defense One among other publications.

Chayes served as special assistant to the top U.S. military officer, Chairman of the Joint Chiefs of Staff Admiral Mike Mullen. She participated in Cabinet-level decision-making on Afghanistan, Pakistan and the Arab Spring and traveled with Mullen frequently to the region. He tapped Chayes for the job after her work as special advisor to two commanders of the international troops in Afghanistan (ISAF), Generals David McKiernan and Stanley McChrystal. She contributed her unique knowledge of the Afghan south to the ISAF command.

It was a sense of historic opportunity that prompted Chayes to renounce her journalism career in early 2002, after covering the fall of the Taliban for National Public Radio, and to remain in Afghanistan to help rebuild the country. She chose to settle in the former Taliban heartland, Kandahar.

This conversation during the Traverse City National Writers Series will surely open your eyes to the workings—and failings—of international politics.

A former diplomat, Jack Segal is a retired U.S. diplomat and frequent host of the International Affairs Forum. Segal served at the U.S. Embassy in Israel during the first Gulf War. In Russia, he led the U.S. Embassy’s effort to control a Soviet-era chemical weapons stockpile. He also served on the National Security Council at the White House as director for Non-Proliferation and in Geneva as State Department representative to the START Arms Control negotiations.