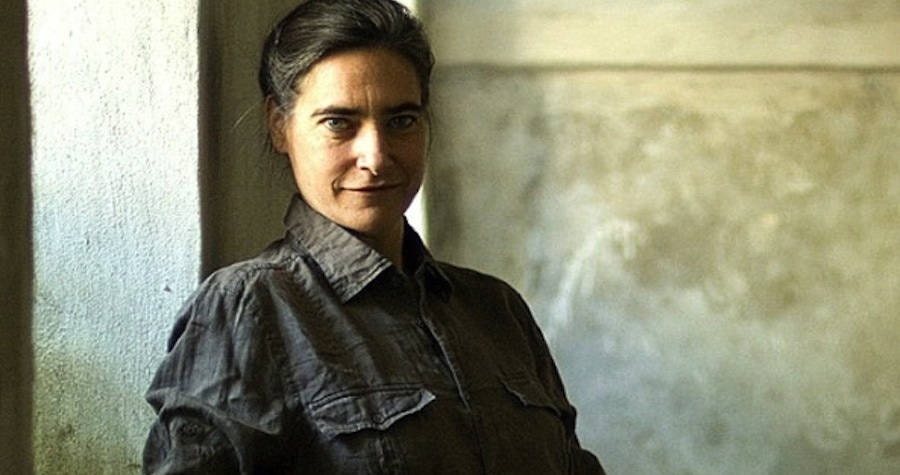 On October 15, former diplomat Jack Segal will interview Sarah Chayes in Traverse City on the City Opera House stage at 6 p.m. in an event sponsored by the Traverse City National Writers Series and International Affairs Forum.

In 2002, Sarah Chayes, a star correspondent for National Public Radio, made the gutsy decision to abandon journalism and settle in war-ravaged Kandahar—the heartland of the just-deposed Taliban regime. There she created a start-up skin-care business. Her company ultimately provided jobs for 50 men and women, despite facing the obstacles of a dysfunctional U.S. bureaucracy and corrupt Afghani leaders.

Along her journey, she met Jack Segal. To help you get a taste of what’s in store, Jack emailed these questions to Sarah.

Jack: You were a star reporter for NPR with a stellar reputation. What drew you to Afghanistan, and what led you to stay?

Sarah: Thank you for that! Reporting for NPR was the opportunity of a lifetime. NPR provides a true public service and is made up of a dynamic and diverse and incredibly hard-working network of stations and reporters and brilliant technical folks (who few but us reporters think of all … the … time). I loved working there.

And yet, I hardly thought twice about leaving. It wasn’t Afghanistan per se. It was the sense of historic opportunity. I’m a historian by training, and I guess I believe that there are brief moments in history when spaces open up for epoch-making transformation. I thought the post-9/11 moment was one of those—if only the main actors in the drama could see and seize the opportunity. I know I’m not one of those, but it did just seem to be the time to roll up your sleeves and try to be part of the making of a new era. Not that it turned out the way I hoped it would.

Jack: You set up a co-operative and lived with Afghans in one of the most dangerous parts of Afghanistan—Kandahar. What is it you saw that they needed and that we were failing to provide?

Sarah: When I made the decision to leave reporting and stay in Afghanistan, we weren’t providing anything yet. President Karzai’s close entourage didn’t even have televisions in the palace to watch his first, triumphant visit to Washington. I was hoping and expecting a lot from us. I thought the New York City Police Department might be induced to launch a sister-police department initiative with the Kandahar police—whose chief was great, and was struggling to professionalize a bunch of wild tribal militiamen. He was telling me there were human rights abuses going on, and he needed help. I thought a partnership with the NYPD would be an incredible symbol of how to generate something positive out of the 9/11 tragedy. I wondered where Bill Gates was with the presidential palace trying to run a country with no computers. I thought some Hollywood folks would recognize the incredible stock of cliché-challenging stories Afghans could tell, and would race to Kabul to start a film school. After years of advocacy on behalf of Afghan women, I thought squads of gender specialists would be arriving in Afghanistan to work that problem.

None of this materialized.

But what specifically prompted me to launch the Arghand Cooperative (arghand.org) in 2005 was the lack of success by then in developing the Afghan economy. Afghans produce world-class fruit, and are world-class traders. They sit in the middle of one of the most ancient and significant long-distance trade networks in the world. And yet, after four years on the ground, we had done little to develop private sector business opportunities. This was an especially big problem in the south, where the most important industry is the narcotics production and trafficking industry. There are poppy fields all over the place.

Jack: Meanwhile, the U.S. was heavily engaged in trying to rebuild a new Afghanistan, working with an Afghan regime that was often corrupt and incompetent. How did the Afghans you were working with perceive you?

Sarah: I had been there from the start. And unlike most foreigners, I had stuck around. By about 2003, I spoke Pashtu, and by 2004 I had demonstrably split with the Karzai family, whose abusively corrupt practices were making locals increasingly indignant. So I was largely seen as a potential channel for getting the real views of ordinary Afghans across to the powerful foreigners.

Jack: You became a special advisor to the chairman of the U.S. Joint Chiefs of Staff, the highest-ranking officer in the U.S. military. How did this come about?

Sarah: Mike Mullen is an extraordinary guy. Alone among his peers in the U.S. cabinet, he was determined to inflict contrary views on himself—and would break a lot of china to ensure that happened. His savvy and insightful special assistant for strategic communication, Sally Donnelly, introduced us. Then he started asking to meet me every time he came to Afghanistan. By then I was working in Kabul as an advisor for the general in charge of the international troops. When I left that job in early 2010, I wrote to Mullen asking if he thought I could help. He said yes. It was an incredible job. Very little specific direction, beyond, “make a contribution.” I spent the first several months helping General Petraeus transition into his position as commander in Kabul—for which he had been essentially drafted, a sudden and uncomfortable posting for him. Then I gravitated back to Mullen’s office, but with frequent trips “downrange.” I provided a notably different assessment of what was happening on the ground than he got from his bureaucracy, I tried to leverage his remarkable understanding of the role of corruption in driving the expanding insurgency, worked the very difficult Pakistan issue, and then, in 2011, put much of my energy into the Arab spring.

Jack: In your book, Thieves of State, you draw a strong link between violent extremism and corruption, not just in Afghanistan but also elsewhere around the globe. Are U.S. policies making the problem worse or better?

Sarah: For the moment, with a few notable exceptions, U.S. policies are making the problem worse. That’s why I wrote Thieves of State. I don’t think many decision makers understood—or understand—the direct role played by corruption not just in fueling violent extremism in places like Afghanistan, Nigeria, and Iraq, but also in igniting revolutions such as the Arab spring and Ukraine’s maiden revolution. So often, corruption is seen as “bad,” of course, but not “as bad” as … you name it. Terrorism. Aids. Etc. So when diplomats or military commanders come down to the nuts and bolts of a particular situation, corruption always takes the back burner to whatever the immediate imperative is. Whereas, corruption is usually exacerbating that imperative.