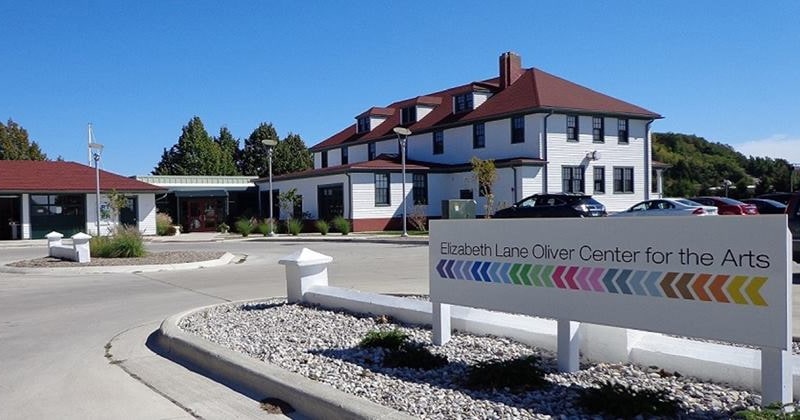 The Elizabeth Lane Oliver Center for the Arts in Frankfort has been awarded two grants through the Michigan Council for Arts and Cultural Affairs (MCACA). The first grant, in the amount of $18,750, will supply funding for operational support, which will be used by the art center during the 2016 fiscal year for support of its mission to ‘promote and develop the visual, performing, culinary, and literary arts in Benzie County and the surrounding area.’

The second grant, in the amount of $65,000, will supply funding for capital improvement, which will be used by the Oliver Art Center for its Phase III Young Artist and Multi-Use Classroom expansion project set to break ground during the first part of October and be completed by the start of summer 2016.

Oliver Art Center Executive Director Mercedes Michalowski said, “The art center staff, volunteers, and board are incredibly thankful for the continuing support of the Michigan Council for Arts and Cultural Affairs.”

She added that the expansion of 700 square feet of classroom space will allow the Oliver Art Center to serve more of the Northern Michigan art community both during the summer and year round with classes and other free events.

The primary function of the space will be to expand the center’s youth arts programming. The room will be equipped with furniture geared toward younger artists including a child-height sink, tables, and chairs. In addition, the room will be outfitted with a projector and drop-down screen for use in meetings, artist talks and adult classes.

“Funding from organizations such as the MCACA are an important part of continuing arts education and expanding arts culture in the community,” Michalowski said. “It is amazing to receive funding such as this as recognition that our current programs are working and that our program expansion is needed and wanted in the area.”

The MCACA reported that 585 grant applications were received requesting $17.4 million. In total, there were 462 grants awarded that totaled $9.65 million.The grant awarded to the Oliver Art Center was one of the highest amounts awarded, along with other organizations such as the Besser Museum in Alpena and the Music Hall Center for the Performing Arts in Detroit.

Check the MyNorthCommunity calendar for Northern Michigan art classes and events at the Oliver Art Center!

Photo(s) by Elizabeth Lane Oliver Center for the Arts