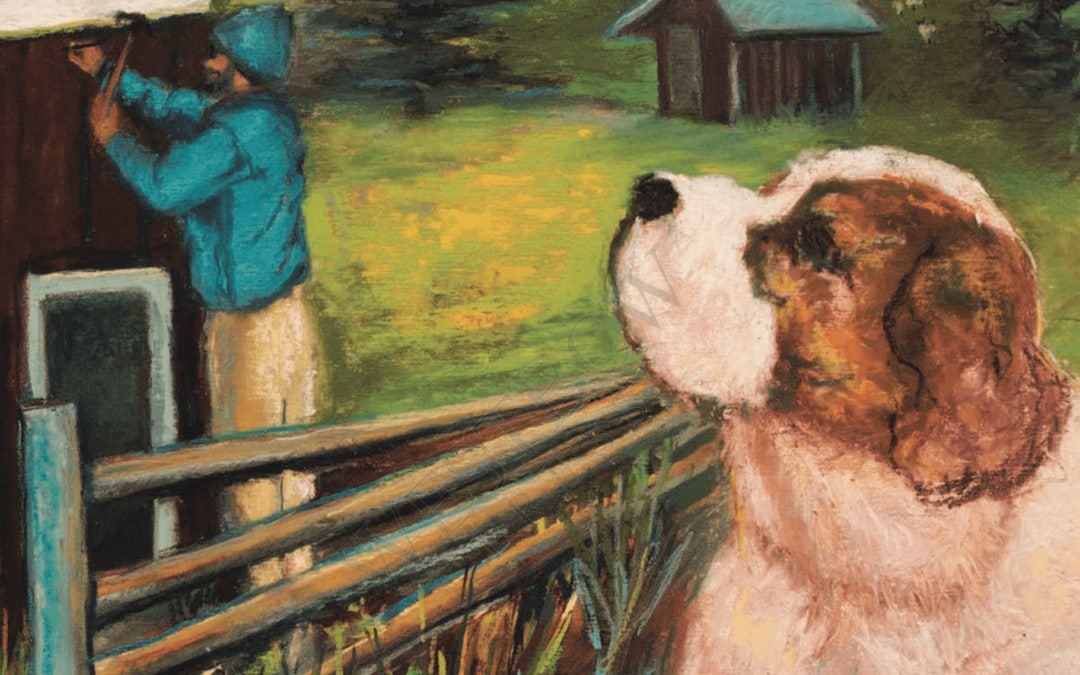 After her husband Vic was diagnosed with multiple sclerosis, Northern Michigan author Mary Lynn Swiderski began writing down his life’s stories. Together, before his death, they published a children’s book, Barney the Farm Dog: A True Story to share the tales of Vic and his dog. A portion of the proceeds from the book will be donated to the Michigan Chapter of the National Multiple Sclerosis Society.

In 1970, when Vic was 18, his parents bought Brewer Farm in Leonard, Michigan. The historical landmark is a centennial farm, and Vic helped his parents work the fields and tend to the animals. Barney, a Saint Bernard, came to the farm a year later.

“Vic loved the Brewer Farm and told many stories about his life there,” Mary Lynn says. “Barney was one of those stories. I thought it would make a great children’s book so we found an illustrator and she brought the book to life. Most of the pictures in the book are the originals from the farm.”

This Northern Michigan book with beautiful illustrations by Diana J. Grenier tells the story of Barney and his adventures with Vic and the other animals on the farm including a horse named Cocoa, a few cows, sheep, turkey, geese and cats.

“Barney and Vic were great buddies,” Mary Lynn says. “They took to each other right away. Barney had the run of the farm, so he kept everyone and everything in check. He was always with Vic or Vic’s father when they were outside doing farm chores. Barney was a big presence on the farm and was respected by all of the animals. He had a big heart―a very kind and gentle animal.”

In 2002, Vic married Mary Lynn and the couple moved to St. Ignace. Vic was diagnosed with multiple sclerosis when he was 34, and he passed away on March 21, 2014 from complications due to MS.

“Vic just loved being outdoors working in the woods, working the land,” Mary Lynn says. “He was a hard worker and very smart about crops and animals. He has a degree in animal husbandry from Michigan State University and was a master gardner.”

You can find Barney the Farm Dog: A True Story on Amazon.com.