Ironton Ferry in Charlevoix Down After Fire 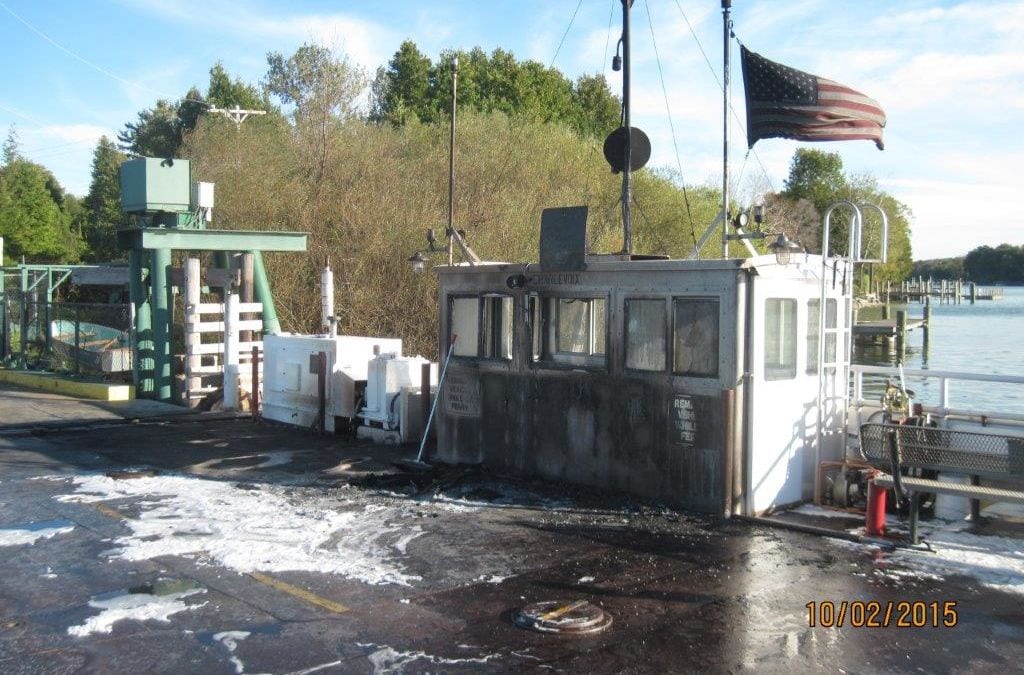 The Ironton Ferry in Charlevoix is still out of service after a vehicle on board caught fire on Friday, October 2. The ferry could be out for another week, or longer, as the damage is assessed. The ferry takes vehicles and people across Lake Charlevoix from mid-April to mid-November. The following is an eye-witness account from Paul Whitting, a resident of Charlevoix: 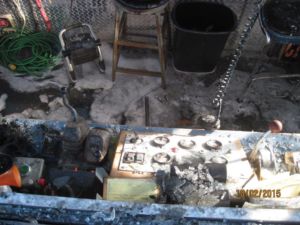 Around 3 this afternoon, a car caught fire on the Ironton Ferry. The fire was discovered when the ferry was about halfway to the Boyne City east dock. The captain, Helen Dillon, immediately used the fire extinguishers, called 911, and moved the vessel, as quickly as possible, to the east dock.

Of the three cars on the ferry, the two not on fire were removed from the ferry along with all the folks in all three cars. The ferry fire extinguishers were not able to eliminate the fire. The car on fire happened to be parked beside the pilot house.

When the fire engines arrived, the car was in flames and much damage had been done to the pilot house. My guess is that we have seen the last of Ironton Ferry service for this year.

I took the attached photos around 6 pm. The photos of the inside of the pilot house were taken by sticking my hand and camera through pilot house windows that had melted from the heat.