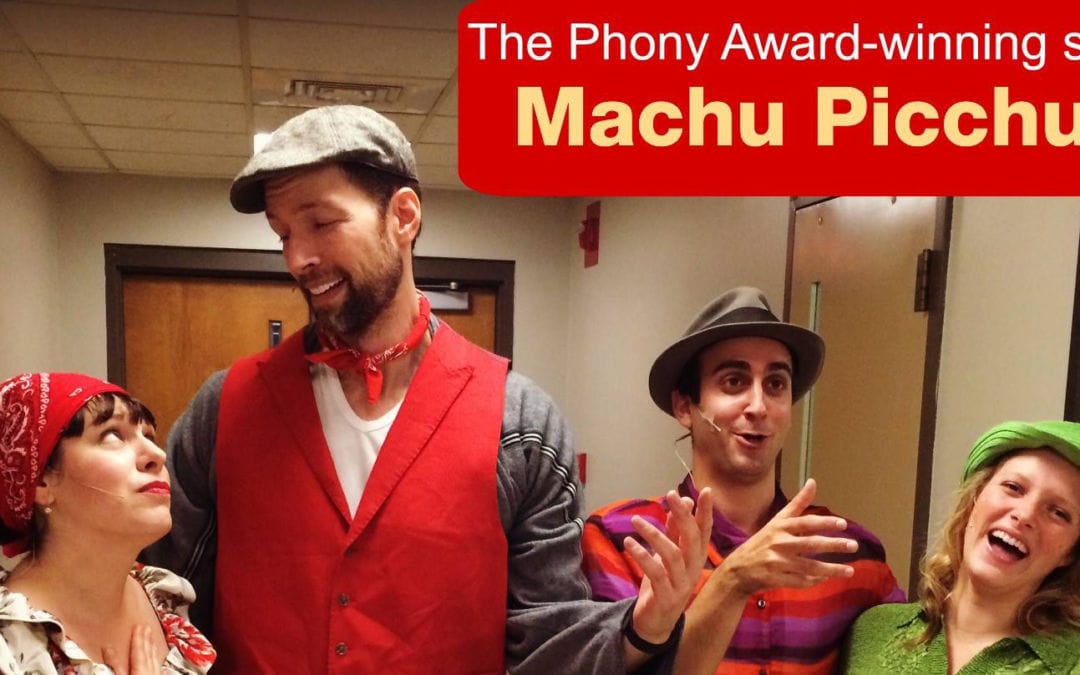 Every show is different with Broadway’s Next H!T Musical, coming to Traverse City on Saturday, October 24. Improvisers gather hit song suggestions from the audience and create an unscripted and spontaneous evening of music, humor, and laughter. Ross Boissoneau introduces us to the upcoming audience-influenced Traverse City event at the City Opera House.

Improv comedy veterans create songs from thin air (actually audience suggestions, but you get the idea). Following the song performances, the audience votes for the Phony Award winner, which in the second act is the centerpiece of an entire improvised musical.

Second City, Chicago City Limits, Whose Line Is It Anyway?

It all starts with the Phony Awards. Audience members are interviewed as they enter the venue, and then write song titles on pieces of paper. Four titles are chosen at random on stage, with the performers instantly making up a song to fit the title. The audience then votes for the best song, the Phony Award winner. Then, for the second act, the performers craft an entire show around it.

Deb Rabbai and Rob Schiffman are the co-directors and part of the cast of the long-running off-Broadway show. They are veterans of improv groups and teach improv as well. The rest of the cast members are also veteran comic actors, and together they improvise an entire musical, from dialogue to songs, full of plot twists, engaging characters, and – they promise – hilarity.

Schiffman, a musician who also fronts his own (real) band, says the ensemble’s music helps it stand apart from other improv groups. He hopes the audience walks out humming some of the tunes. Which is, after all, the only way they will ever be remembered.

“A musical of, for, and by the people … That’s entertainment!” – Time Out NY

“A spontaneity, wit and inventiveness that must be seen to be believed!” – New York Post

Tickets start at $23 (students at $15). Go to CityOperaHouse.org