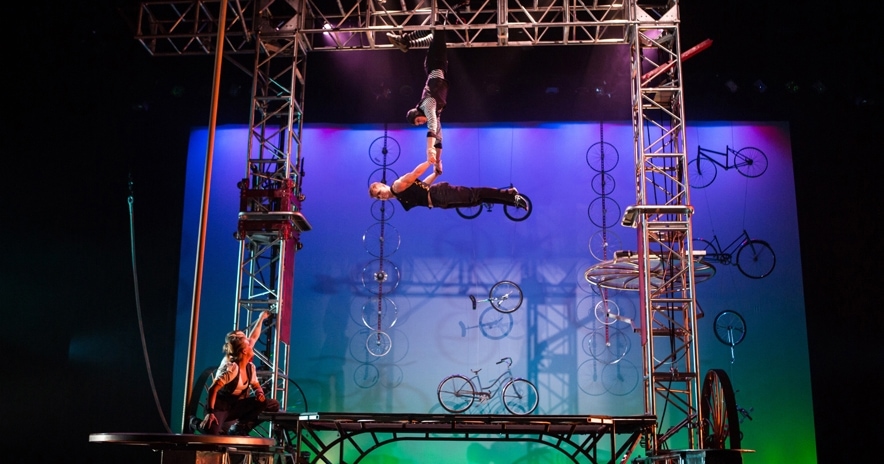 Lashua got his first taste of performance as part of the Mountain Dew GT Trick Team in the mid ’80s. He eventually purchased it and it became the Mountain Dew Freestyle Performance Team. After college he was contacted by a friend of a friend who wanted a bike team for a two-week festival in China. There he met one of the founders of Cirque du Soleil, who asked him to put together a bike act for Cirque du Soleil’s tour of Japan the following summer. Lashua was smitten, and after the show he worked for a year for Cirque du Soleil as a stage tech. He then invented his own act with a German Wheel, which became part of its show “Quidam.” He left Cirque du Soleil in 2000, and four years later debuted Cirque Mechanics. 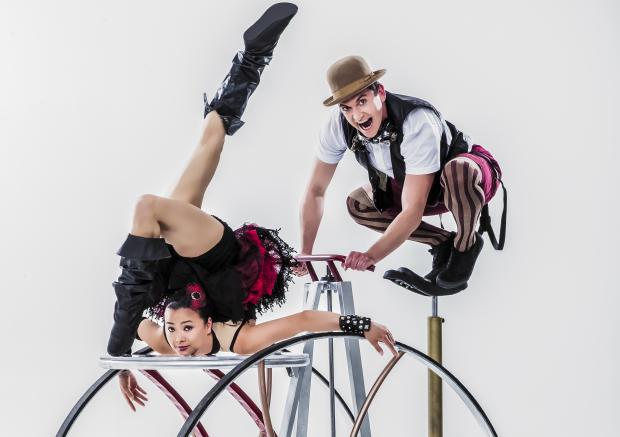 Lashua calls his brainchild “the American circus, reinvented in timber, steel and ingenuity.” He and his cohorts transform the stage into a setting combining elements of the industrial revolution and mechanical contraptions with fantastic feats of aerial artistry. In the show “Pedal Punk,” cycling is the way to escape a technology-obsessed society. The wacky owner of a bike shop finds ways to use various parts and pieces to not only repair bikes, but create wondrous machines which serve as inspiration to the performers. The pedal-powered Gantry Bike, flying unicycles, funambulists (look it up) and floating trapeze artists are all part of this wondrous world.

Corson Auditorium at the Interlochen Center for the Arts

Tickets are $27 for this Northern Michigan event and can be purchased via Tickets.Interlochen.org