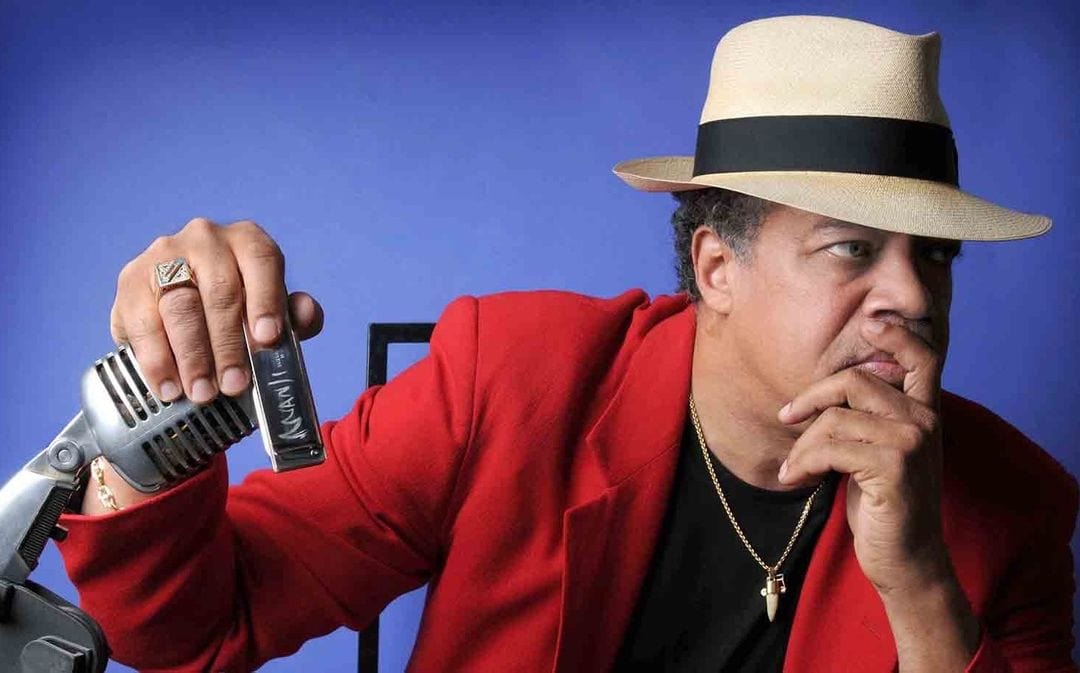 Billy Branch is an award-winning Blues harmonica player who has recorded and/or performed with an incredible list of Blues legends including: Muddy Waters, Koko Taylor, Johnny Winter, and Albert King. Learn more about Billy and his band, the Sons of Blues, with MyNorth’s entertainment writer, Ross Boissoneau, before they perform at a Traverse City event this November.

Billy Branch and the Sons of Blues

Harmonica player and vocalist Billy Branch lapped up the sounds of Chicago blues at the first Chicago Blues Fest in 1969 while a student at the University of Illinois at Chicago. There he met Willie Dixon, who was producing the show. Dixon encouraged him to continue his studies, but after graduation Branch eschewed law school for a place in Dixon’s band the Chicago Blues All-Stars. He soon took the place of Carey Bell in the group. In the 70s, he formed his own band with Bell’s son, guitarist Lurrie Bell, and bassist Freddie Dixon, Willie’s son, thus becoming the Sons of Blues. Through the years there have been numerous personnel changes, and today the band consists of Branch, bassist Marvin Little, drummer Mose Rutues Jr., guitarist and vocalist Dan Carelli, and pianist Ariyo.

Over the years, Branch has appeared on over 150 recordings. He’s collaborated with the likes of Johnny Winter, Lou Rawls, Koko Taylor, and Taj Mahal, among many others. He’s received numerous humanitarian and music awards, including three Grammys and an Emmy. He has also developed a curriculum for education called Blues in the Schools, which familiarizes students with the blues as the roots of America’s music. Branch has taken this interdisciplinary program to Europe, South America, Asia, and Mexico, where he taught the two-week program in Spanish.

“Blues Shock is aptly named, combining things you’d expect and things you most certainly would not from a modern blues recording―but somehow, perhaps only through Branch’s steely force of will (well, and his spit-flinging harp), it all works.” – Nick DeRiso, Music Critic for Something Else Reviews

“Branch has the chops to indulge in showy barrages of clustered notes, but prefers to let tradition and taste dictate his sets.” – The Chicago Reader

Tickets are $24 for members and $27 for non-members to this Traverse City event. Go to MyNorthTickets.com to purchase.