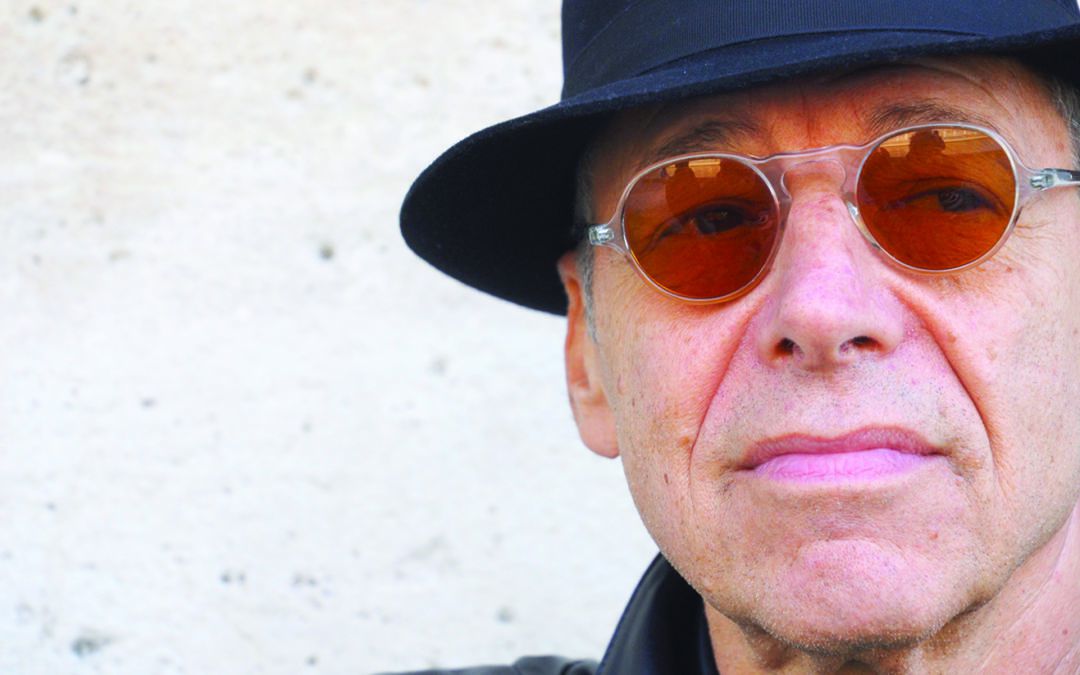 Ben Sidran said he could never find a complete social history of Jews’ contributions to popular music in America— so he wrote one himself. It took him 10 years, but he ultimately published the engaging There Was a Fire: Music and the American Dream. Sidran uses his personal experience to frame the story of Jews in America and their pioneering contributions, from nickelodeons to outdoor music festivals.

Sidran has achieved fame as a jazz pianist, songwriter, journalist, scholar and radio and television producer. He has recorded more than 30 solo albums, produced recordings for artists including Van Morrison and Diana Ross and composed soundtracks and movie scores.

He co-wrote “Space Cowboy” with his college buddy, Steve Miller. He, Miller and Boz Scaggs, another college buddy, formed the band, The Ardells, while at the University of Wisconsin-Racine. He also played as a session musician for the likes of Eric Clapton and The Rolling Stones.

Sidran is now host of NPR’s Peabody-award-winning series “Jazz Alive” and VH-1’s “New Vision” series. He is the author of two other books about jazz and has a doctorate in American Studies from Sussex University in Brighton, England. His friend Jon Richardson, president of the Toledo Jazz Society, says, “Ben is one of the rarest birds; equal parts scholar and performer. He’s not a scholar who can play a little or a musician who has a degree.”

Sidran and host Jeff Haas will share the stage with a grand piano as they perform and explore sounds and stories of a fascinating tradition. This unique Traverse City event of words and music is sure to leave you with a deep understanding of how Jewish artists and entrepreneurs influenced America’s music greats.

Host of “The New Jazz Archive” on Interlochen Public Radio and other stations, Haas grew up in a musical home in Detroit. His father, Karl Haas, hosted “Adventures in Good Music,” the world’s most listened-to classical music radio show. But young Jeff discovered Motown, then jazz, and never looked back. He is also founder of Building Bridges with Music, a nonprofit program that uses music to open minds and unite people.

Here’s a look at the Dennos Museum Center’s Milliken Auditorium and more!