The Whiskey Charmers to Perform in Petoskey 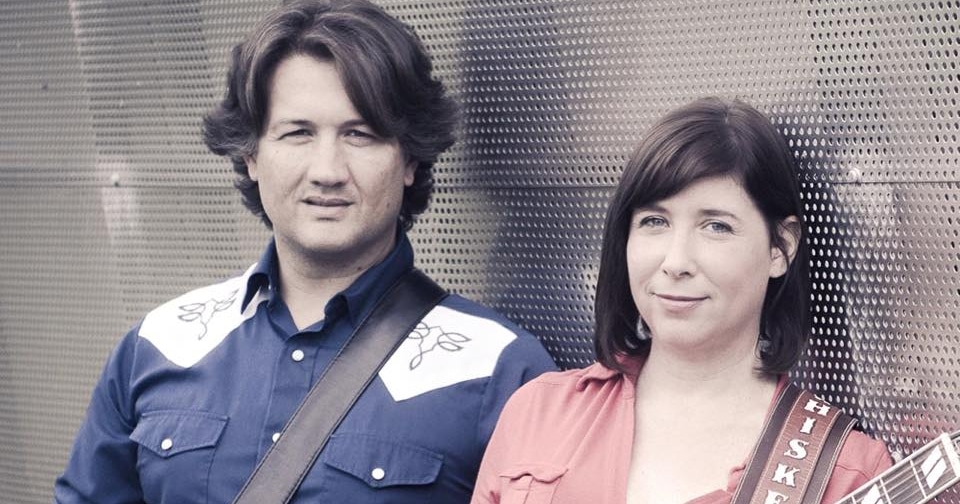 The Red Sky Stage in Petoskey will be charmed by The Whiskey Charmers on September 19 at 8 pm during a Northern Michigan event.

The Whiskey Charmers began life in 2013 as a quartet, then pared down to the duo of Carrie Shepard and Lawrence Daversa before re-adding drummer Brian Ferriby to the mix. The Whiskey Charmers hail from Detroit and has performed across Michigan, Illinois, Ohio, Kentucky, West Virginia, Minneapolis, Colorado and Wyoming.

Describing the group’s sound is as difficult for fans as for reviewers. The group blends country music, folk, and roots music into a sound fans have described as Patsy Cline meets Chrissie Hynde or more metaphorically as “Riding through the Mojave Desert in a convertible with the top down.” Pure M, an online magazine devoted to Irish music, says Shepard’s voice has glimpses of Fleetwood Mac, Jefferson Airplane, and even a bit of Nancy Sinatra. They were influenced and inspired by Neko Case, Johnny Cash and the Cowboy Junkies, ending up with an Americana, Alt-Country style.

“The Whiskey Charmers just might have the most appropriate name ever. For starters, the band plays a brand of country, folk, and Americana that’s perfectly suited to dimly lit whiskey bars, where a few shots of fire will help get you in the right frame of mind.” – Detroit Metro Times

“Carrie Shepard has a voice you’d leave your wife and eleven children for in a heartbeat. The tone of it is like a short of Jack Daniels drunk slowly and neat: warm the whole way down, before it shoots back up your spine to the pleasure centre of your brain, followed by a dark, liquid caramel chaser.” – Pure M

Harvest at the Commons