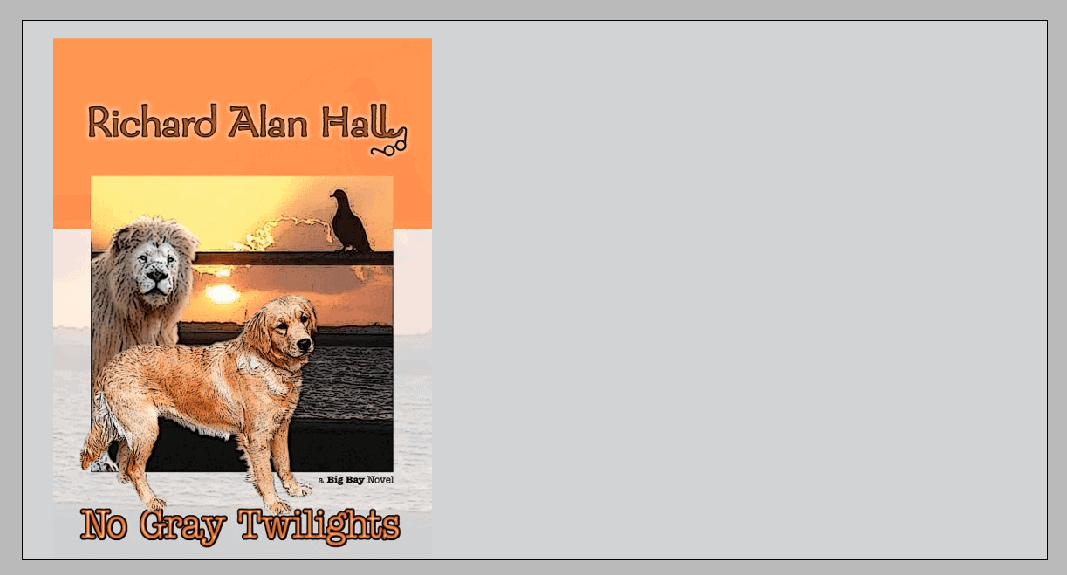 In June 2013, Richard Alan Hall’s first novel, Remarkable, was released, making the northwest Michigan bestseller list several times. His second novel and sequel, Seldom As They Seem, was released in June 2014 and it became Horizon Books’ bestselling softcover novel for 2014. His third novel in the Big Bay series, entitled No Gray Twilights, will be released on September 19, 2015.

No Gray Twilights features a seeing-eye dog—a golden retriever by the name of Little Miss.

While writing No Gray Twilights, Hall’s friend Colleen Wares experienced a significant loss when her dog Daisy, which she had raised from a pup, died. Wares, a popular and respected host on WTCM radio, shared news of Daisy’s declining health, subsequent passing and the grief she experienced through loving and heart-wrenching Facebook posts.

“All the while I wrote about Little Miss, I envisioned Colleen’s beautiful and loving dog,” said Hall.

Daisy died as Hall finished the first draft of No Gray Twilights.

Before Daisy passed away, Traverse City photographer John Robert Williams beautifully captured the kind and gentle spirit of the dog. 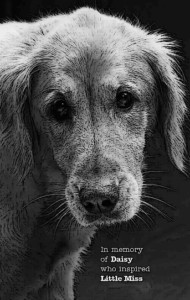 When Hall shared with Wares and Williams how, despite her declining health, Daisy played such an important role in his writing of No Gray Twilights, they both agreed to Hall’s request to include Daisy in his new book.

On the last page of No Gray Twilights, Williams’ photo of Daisy is featured along with the following inscription: In memory of Daisy who inspired Little Miss.

The publication of No Gray Twilights will be celebrated at a launch party on Saturday, September 19 from 12—2 pm at Horizon Books in downtown Traverse City. The event is free and open to the public.