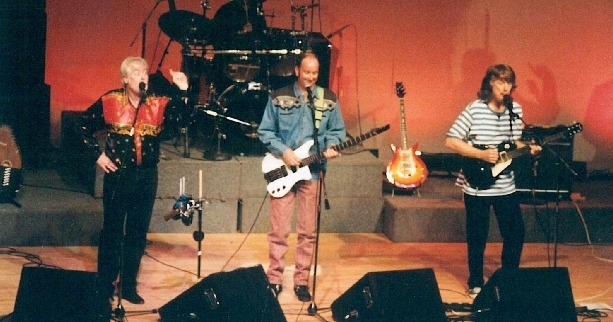 Odawa Casino in Petoskey is proud to announce the appearance of a fun Northern Michigan event, Lovin’ Spoonful will perform live at 8 pm on September 19th.

In 1965, singer, songwriter and harmonica player John Sebastian joined forces with guitarist Zal Yanovsky. They added Steve Boone and Joe Butler, members of the nascent rock scene, and became the Lovin’ Spoonful (from a reference to Maxwell House Coffee as a metaphor for sex in the song “Coffee Blues”). The band’s first single was “Do You Believe in Magic?” and reached #9; follow-up singles “You Didn’t Have To Be So Nice” and “Daydream” also reached the Top Ten, the latter peaking at #2. At the height of the band’s success, the producers of the television series that later became The Monkees approached the band about featuring the group in the show, but conflicts over publishing rights and the band’s reluctance to change its name scuttled those plans.

Yanovsky left the band in 1967 and Sebastian followed at the end of 1968, effectively ending the group’s run of hit singles. Sebastian performed at Woodstock and later penned and sang the theme song for the television show Welcome Back Kotter. The band continued, with Jerry Yester replacing Yanovsky and Butler taking over most of the lead vocals. It broke up in 1969, but reconvened in 1991. The original quartet was inducted into the Rock and Roll Hall of Fame in 2000. Today the Lovin’ Spoonful is a quintet with Boone, Butler and Yester joined by drummer Mike Arturi and guitarist/vocalist Phil Smith.

Some of the influences and inspirations for the folk rock, pop band have been The Beach Boys, Lonnie Donnegan, Lead Belly and Jim Kweskin’s Jug Band.

“The good-time sounds of the Lovin’ Spoonful made the quartet a fixture during the golden age of Top Forty radio.” – The Rock and Roll Hall of Fame.

“Two guys with rock ’n’ roll backgrounds wanted to bring folk music into their music, and two guys with folk backgrounds wanted to bring rock ’n’ roll into their music. When the four of us meshed, it was instant chemistry. And you can’t discount the power of John Sebastian’s first two songs, ‘Do You Believe in Magic’ and ‘What a Day for a Daydream.’ I don’t see how we couldn’t have been successful.” – Lovin’ Spoonful bassist Steve Boone.

Tickets start at $15. Go to OdawaCasino.com.

For more information, go to LovinSpoonful.com.