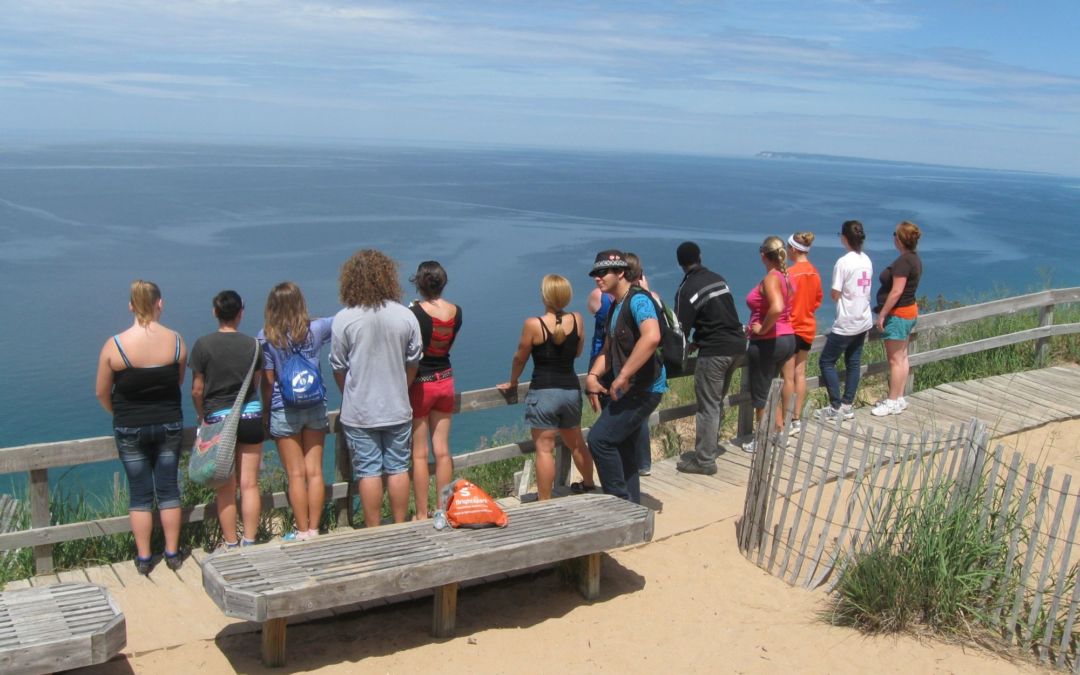 Northern Home & Cottage is delighted to support Child & Family Services of Northwestern Michigan with the ticket proceeds of both of our September and October Northern Home & Cottage kitchen and home tours. We are so grateful to the homeowners who have so generously opened their homes and the Child & Family Services volunteers who staff the front door at every stop. Our tours depend on these gracious folks.

Child and Family Services helps, on average, 150 children and youth with foster care services from a 15 county area.  When you open your home to one of our tours, volunteer at a home or buy a ticket you help Northern Michigan families. If you’d like to help further, please donate additional funds or volunteer.

In order to better understand the critical and inspirational work that they do in Northern Michigan, Child & Family Services has offered the following true stories for us to share with the homeowners who have, as we say, opened their homes for a child, on the 2015 Traverse City-area and Petoskey-area Northern Home & Cottage Tours.

Beth is a teen girl who came into care in 2010. Her mother had significant mental health issues. She had been left locked up in an abandoned home with virtually no contact with the outside world and no bathroom facilities, for months at a time. Her mother would deliver food to her, but there was no interaction. After she ran to neighbors for help, Child & Family Services got involved and she was placed with a foster mom who runs a family farm. It was a perfect match, and they developed a close relationship; she refers to her foster mom as “Grandma.”

This young lady overcame a lot of obstacles. She graduated from high school, and is currently attending NMC, and working part time.

On the weekends she goes “home” to visit Grandma. Beth has made great strides, and is proving to be a very bright girl who has made a miraculous recovery.

The Gates Family—Adoptive Program Success
This story is about foster/adoptive couple Roy and Jill Gates, who used to reside locally but now live in Grand Rapids. About 7 years ago they adopted an 18-month-old child named Stephen through CFS. Over the subsequent years the birth mother continued to have children, which were removed by DHS and were eligible for adoption at birth. Roy and Jill adopted 4 of these children, and now have a family of five, including Stephen, Kate (7), two other daughters (ages 4 and 3) and 8-month-old Aiden. The birth mother was unable to care for her children due to mental illness, and other issues. All the fathers involved signed off on their parental rights.

Unfortunately, the Gates home was only suitable for 3 children.  Recently, an individual contacted CFS, and indicated an interest in providing an anonymous donation specifically to help the Gates family parent their children. CFS acted in a pass through capacity for the $5,000 donation.  The adoption worker on the case was able to travel to see the family, and handed them the check and accompanying letter from the donor. Nine-year-old Stephen read the letter to his parents. It was described as a very tearful and emotional scene. Roy and Jill sent a nice letter back to the donor (who they will never know by name), expressing their appreciation. In the letter, they indicated their intent to put the money toward the construction of their new home. There are some wonderful individuals in our community who are consistently willing to step forward to adopt, in the context of a community that supports and embraces the efforts of these families.

Ryan—Elements Program Success
Elements helps young adults prepare for and deal with transitioning out of foster care after the age of 18. Research shows that the years between ages 18 and 24 are crucial ones for youth “aging out” of foster care. Without mentoring and support, they are more likely to experience homelessness, incarceration, poverty, or unemployment; girls are more likely to experience unplanned pregnancy.

Several years ago Ryan at 14, was the youngest member of the Child and Family Services’ Elements Program.

Ryan was a permanent court ward and extremely timid and withdrawn due to deep grief and loss and abandonment issues.  He was unable to even share his name with the other members of the Elements group when they introduced themselves in their first session. He began by taking the suggestion of a facilitator that he use notes to express how he felt about what the group was doing, or about specific members of the group. Other members of the group wrote him notes in return, and this was how they talked with Ryan until after several sessions he then felt he could begin to trust the group and open his voice.

The group has helped his confidence to the degree that Ryan was able to ask a girl to the school dance, which would have been impossible prior to his Elements experience. Ryan believed that this success was a result of giving and getting affirmation from the others in his group.

Kathryn—A Safe Haven Success Story
The Safe Haven Program currently assists nearly 50 families in maintaining their safety and dignity during difficult times.  By providing support and facilitating better communication, the Safe Haven staff helps 100 children remain out of the center of their parents’ conflicts, leaving them free to love them equally.

A young mother of 6 was physically, emotionally, and verbally abused by her husband. The mother found the strength to take her children and leave her home after a “last straw” episode in which the husband kicked her in the stomach late in her last pregnancy, resulting in a miscarriage. Her sons were also beginning to emulate their father’s unacceptable behaviors toward her. The family was court-ordered into Child and Family Services’ Safe Haven Supervised Visitation and Exchange Program. In the early part of her Safe Haven experience the mother literally shook with fear at the thought that the safety procedures that characterize the program, such as staggered arrival times and locations, would fail her somehow and that she would run into her husband. She dropped her children off for their visits with their father by remaining in her running car, her seat belt fastened and her foot near the gas pedal, ready to flee if need be. After 18 months in the program, she has divorced her husband, started a new career, and she and her children are doing remarkably well. She believes the help she received saved her life.