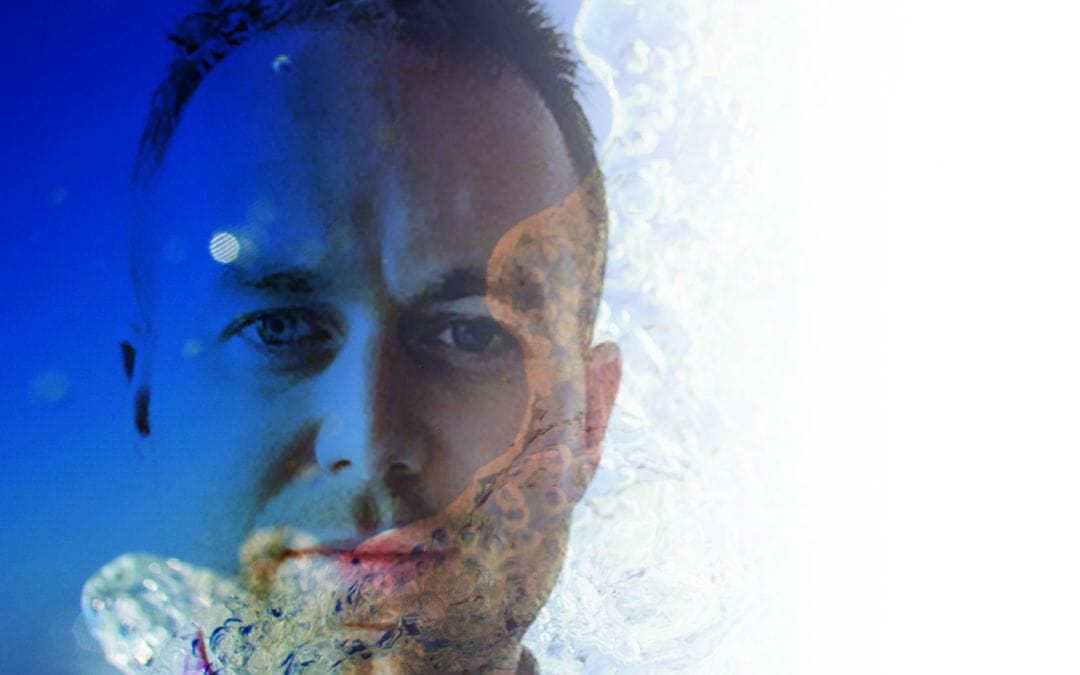 In the August 2015 issue of Traverse, Northern Michigan’s Magazine six writers who grew up near the Northern Michigan water reflect on how freshwater continues to shape their lives today. Traverse City native Geoffrey Gagnon, who now lives in Manhattan, is one of the six writers. He writes about his unofficial job as a “kind of cultural missionary who had come to live among these philistines.” Read on for the rest of the essay…

These days, I live on an island, a place encompassed—so the map suggests—by water. Technically, I’m never more than a quick walk to the shore. And every afternoon, from the windows of an office tower, I can watch the rivers roil past the ends of each street and see the harbor spread south toward the horizon. But proximity can be misleading. All this endless water and I’d never so much as touched it. Who would? In plenty of ways, I’ve never felt farther from the water than I do here in New York—completely surrounded by it.

When I first moved east, right after college, I was offended by what little was known of American geography here on the seaboard. A shocking percentage of the people I’d meet assumed that I, coming from the middle part of this country, had never laid eyes on a sizable body of water. The ignorance astounds. Tell a person you’re from the Midwest and they’ll imagine many pleasant things about your upbringing, but their mental tableau of wholesomeness won’t often include much in the way of sand and surf and languid beach scenes. Narrow it down for them, tell them you’re from Michigan—a place literally called the Great Lakes State and second only to Alaska in coastlines mileage—and very few will comprehend the profusion of sandy beaches or understand the local preeminence of water. Inexplicably, their imaginations run instead to glorified swamps and fetid ponds. Ask about the big lakes and many of these otherwise right-thinking souls figure that one can probably see across each of the Great Lakes.

As a kind of cultural missionary who had come to live among these philistines, I made a point to offer my help, rather than my scorn. I set about educating my friends on how the various beaches of New England, Long Island, and New Jersey (along with a good many others I judge without visiting) paled in comparison to the ones I knew back home. I talked big and grew contented in my smugness, secure in a belief that few of these people would ever be in a position to refute my claims.

Then, last summer, I brought home to Northern Michigan a visitor whose reaction would make me anxious. Having been raised in the tides of the New Jersey Shore and the Florida coast, my girlfriend had, over many years, cultivated a fierce talent for beach-going and a rather sophisticated expertise on matters of maritime leisure. This only brought out the braggart in me, and I spent the bulk of our early courtship testifying breathlessly to the superiority of the beaches I knew back home, brandishing dog-eared copies of this very magazine to enter into evidence the photographic proof of our freshwater utopia. But I had to wonder, as we boarded the plane, whether she would love it. Whether she would understand why I did.

I drove her first to a spot past Glen Haven, one of those postcard-perfect Lake Michigan beaches. I had told her that despite the perfect weather, the place would be empty—and I didn’t just mean empty compared to the clogged beaches she knew. Literally, it was devoid of people. Just water and sky and sand in all directions. She made for the waves, went under in a leap, and came up grinning through a shiver. I sensed a convert, but was unsure.

The convincer came later that day, when she promptly began making good on a challenge to herself to jump into every lake she saw. Daunting, sure, but that’s how she wound up in West Bay, and that’s how it came to pass that—with the sun going down and nobody else contemplating a swim—she and a friend’s dog launched themselves off a dock into a green inland lake. By the time she popped up, she was smitten, and her smile said what she was thinking. All this endless water, why wouldn’t you go in?

Geoffrey Gagnon is Articles Editor for GQ and has formerly served as an editor at The Atlantic and Boston Magazine. He graduated from Traverse City West.