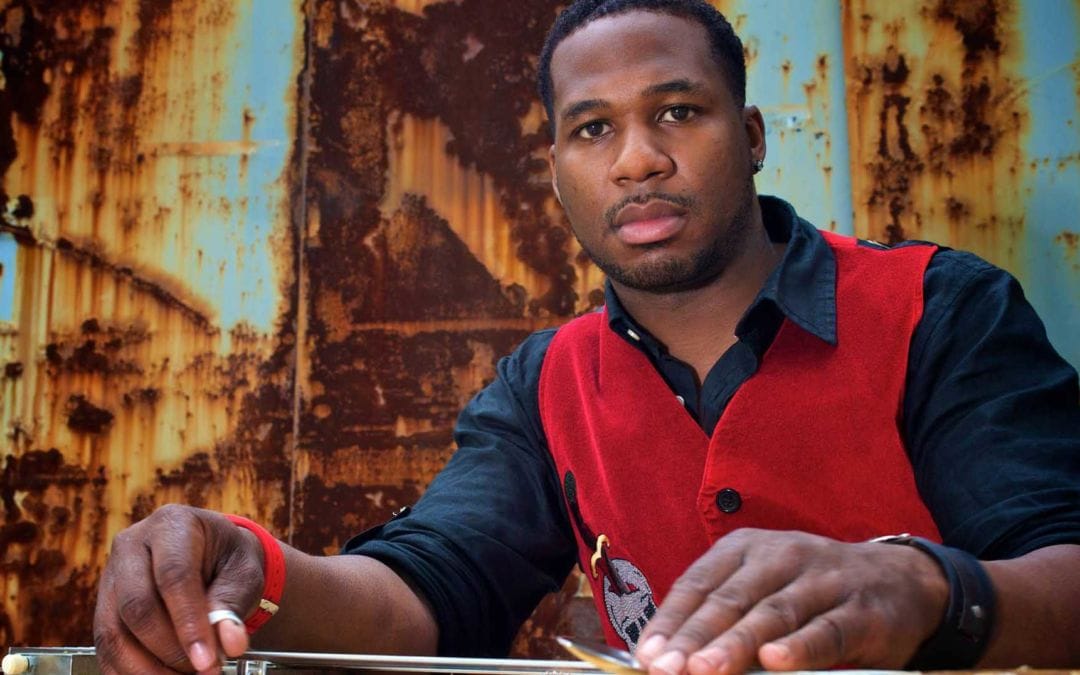 Robert Randolph & the Family Band is the headliner for the Traverse City Microbrew and Music Festival on Friday, August 21 at the Village at Grand Traverse Commons. Don’t miss out on a chance to see the whole band performing live at this Northern Michigan event along with Northern Michigan beer, wine and cider! MyNorth contributor Ross Boissoneau chatted with Robert Randolph before he came to Traverse City about his playing style that combines blues, soul, funk and gospel and his musical idol, Stevie Ray Vaughan.

Enter here for a chance to win two tickets to see the band live!

To purchase tickets go to MyNorthTickets.com.

Being named one of the top 100 guitarists by Rolling Stone is quite an honor. For someone who grew up not even listening to popular music, or even playing a traditional guitar, it’s something else again.

Perhaps the latter is going too far, as the steel guitar is a traditional instrument in both country music and in the church tradition (“sacred steel”) in which Robert Randolph was raised. There’s no denying, however, that the steel guitar is not in the mainstream. Randolph is helping to change that, with his charged blend of blues, soul, funk and gospel.

“There’s been a recent surge in pedal steel and slide,” said Randolph. “There’s been interest from a lot of bands. There are so many other guys coming out of the church (tradition).” None of the rest, however, has yet had the impact of Randolph. “It’s been really gratifying,” said Randolph of his torch-bearing role.

While he may be influencing the next generation of guitarists, Randolph himself pays tribute to Stevie Ray Vaughan. He says Vaughan’s stylistic amalgam of blues, rock and soul still knocks him out today. Randolph’s performances typically conjure up not only comparisons to Vaughan’s musical mélange, but invoke a celebratory spirit that often finds the leader himself dancing onstage, sending the crowd into a frenzy.

And he’s not through yet, by any means. “I’ll be the first to tell you there’s so many different things about my playing that I haven’t captured yet on record,” Randolph said. “As soon as I make a record, I’m ready to make another.”

Robert Randolph and the Family Band

Randolph grew up in the House of God Church, an African-American Pentecostal denomination that had been implementing steel guitars (“sacred steel”) in services since the ’30s, with the pedal steel in particular being introduced during the ’70s. He learned to play by watching other steel players during church services; years later, he updated that sacred basis with a secular mix of funk and soul, giving a multicultural facelift to the instrument typically associated with country music.

One highlight of Randolph’s shows is when the entire band switches instruments in the midst of a set, or even a song. “We grew up in church playing different instruments,” he said. “When an older brother or cousin would leave, someone would have to take over (their instrument). One day during soundcheck years ago we happened to pick up others’ instruments.” From there it grew into a regular part of the set.

“Early on in my career I was guilty of trying to fit into a genre. Now (my music) is a mix of blues, rock, gospel and funk. It’s a mix of all of them.” —Robert Randolph

Tickets start at $50. Go to MyNorthTickets.com.

A Conversation with the Bassist of the Avett Brothers, Bob Crawford