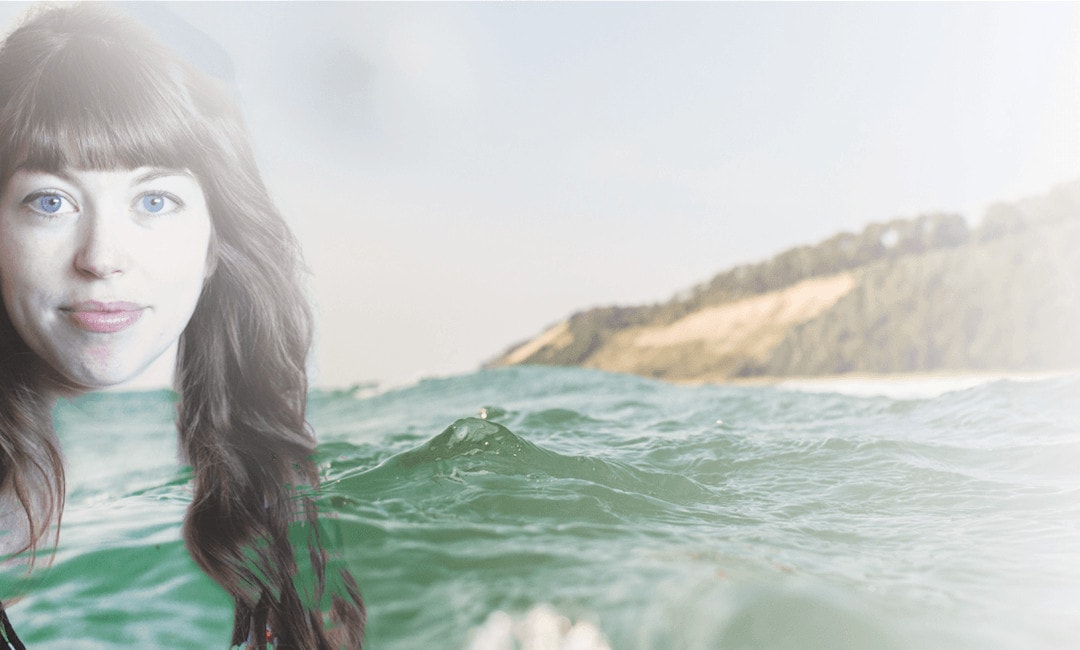 Since leaving Leelanau County in 2003, the year I graduated high school, my adult life has threaded itself through an improbable patchwork quilt of environments: from Europe to Asia to Latin America, Baltimore, Maryland, to the Texas/Mexico border to bush Alaska to New Orleans. Perennially fresh off the proverbial boat, with bare walls and a cardboard box coffee table, I start casting around for what will most quickly make me feel I’m home. The toiletries can be unpacked later. Where’s the water?

There is always water to be found, of course—I am not the first human being whose body is two-thirds water, whose soul is about the same. Where there is water, there is life; where there is human life, there is water, being used to satiate every thirst we have. The earth’s bodies of water become our hunting grounds, our farms, our factories, our highways, our amusement parks, our landfills, our septic tanks.

Where I grew up, lakes and rivers were more like churches. My family lived a mile down the road from Lake Michigan (a grand cathedral) and across the street from Bass Lake (a humble village church). My parents owned a small vacation cottage rental business, and during tourist season my sisters and I worked long days cleaning buildings and mowing lawns, checking in guests and washing endless loads of linens. The workday ended with a ritual pilgrimage to one of the lakes (on bikes or on foot or standing up in the back of the 70s-era yellow dump truck we called Old Yeller as it bumped unevenly through the woods down the narrow two-track that delivered us to the shining, secret late-afternoon silence of Bass Lake). We plunged in, we swam, we splashed, we shouted and played, we floated away from one another to close our eyes against the mellowing sunlight and let the water rock us.

We didn’t call what we were doing “baptism”—but that’s what it felt like, every time, as we emerged from the water feeling restored to ourselves after a day of scrambling to be done by the 3 p.m. guest check-in time, a day of speaking in what we called our “guest voices.” We felt purified, cleansed, reborn. We didn’t call it “worship”—but isn’t that why people go to church: to feel connected to the infinite and at home in the universe, to be comforted by ritual and fellowship in a place that feels holier than everyday human spaces?

This is always what I’m looking for when I search for water: healing. Personal heartbreak a few years ago inspired a monthlong return to an old home, Costa Rica, and I spent the first day of the new year—1/1/11—feeling my soul knit itself back together as I watched a pair of tiny, just-hatched turtles making their arduous way into the sea, struggling against slow, sunset-filled waves and a million-to-one odds.

Crushing professional failure took me to California at this year’s begin, and the Pacific—thundering and glittering, terribly beautiful as it smashed against Sunny Cove in Santa Cruz—battered my heart into wholeness. In South Texas, eroded daily by the constant battle of first-year teaching, my roommate and I dragged our exhausted bodies to South Padre Island every Friday night to jump into the warm, moonlit waves of the Gulf of Mexico.

I find what I need, but I also find that it takes increased focus to filter the sacred in places where corruption has moved in. It is impossible not to notice the throngs of people, the plastic bags, the dropped bottles of sunscreen swimming among the fishes and fellow snorkelers in the brilliant green waters off the Thai coast, the shoes and Styrofoam floating in Alaska’s Bristol Bay. It is impossible not to be saddened, disgusted, and worried for the possibility of corruption moving in on Northern Michigan—my Mecca.

I return when I can, and the plunge into Lake Michigan is always, eternally, a rebirth. The enduring purity of those waters seems, increasingly, a miracle—especially as desecration threatens in the form of increased visitation and litter. But I know that we are all custodians of our sacred spaces, so I pluck the withered helium balloons out of the dunegrass and tuck them in my pockets, and consider this small work part of my tithe. And I’m grateful that this grand cathedral stays standing, that the voice of these waters still speaks strongly enough to urge me to hunt for its echo, wherever I am.

Sarah Ropp lives in Austin, Texas, where she is pursuing a Ph.D. in Comparative Literature. She graduated from Glen Lake High School.