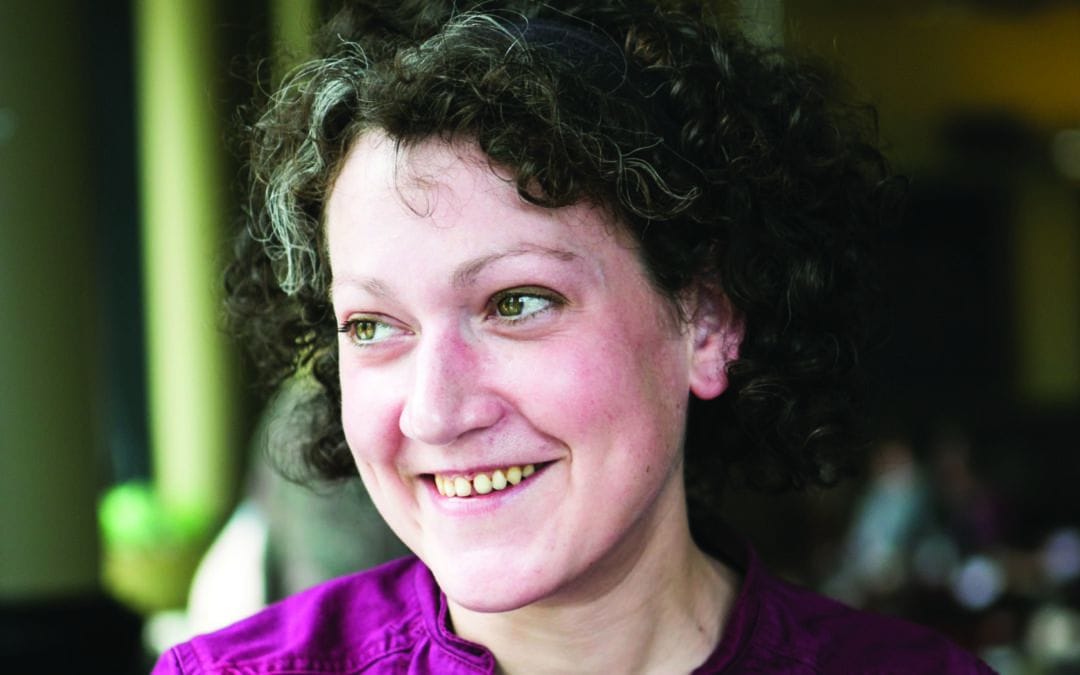 From her teenage beginnings slinging lattes on Mackinac Island, Meghan Wruk caught the cooking bug and earned her chops studying pastry and scoring valedictorian at New York’s CIA in 2004 before returning to the mitten to chef and eventually land the lead role at Northern Table, Boyne City’s new farm-to-table venture. We sat down with Meghan over a bison patty melt to talk summer cuisine, farm sourcing and the lure of shishito peppers.

How does high summer play out in the kitchen at Northern Table?

Lots of vegetables. It’s an exciting and overwhelming part of the produce cycle. Farmers will show up at the door everyday with baby squashes, beans, cucumbers, heirloom tomatoes and cool new crops like shishito peppers. I’m changing the menu daily just to accommodate it all. We’re also busy canning, pickling and freezing extra product so we can revisit these flavors in the cold months. About 70 percent of our product is coming directly from 30 farms in the three surrounding counties.

What is a shishito pepper, and how do I eat one?

Oh my god, they’re so good. Big Medicine Ranch in Ellsworth is growing them this year. They’re long, ridged like a bell pepper, juicy and slightly sour with incredible flavor. One of our favorite summer snacks is to fry them whole in a hot pan with a little canola and sesame oil, when the skin starts to blister I toss in some sesame seeds, plenty of sea salt and a squeeze of lemon juice.