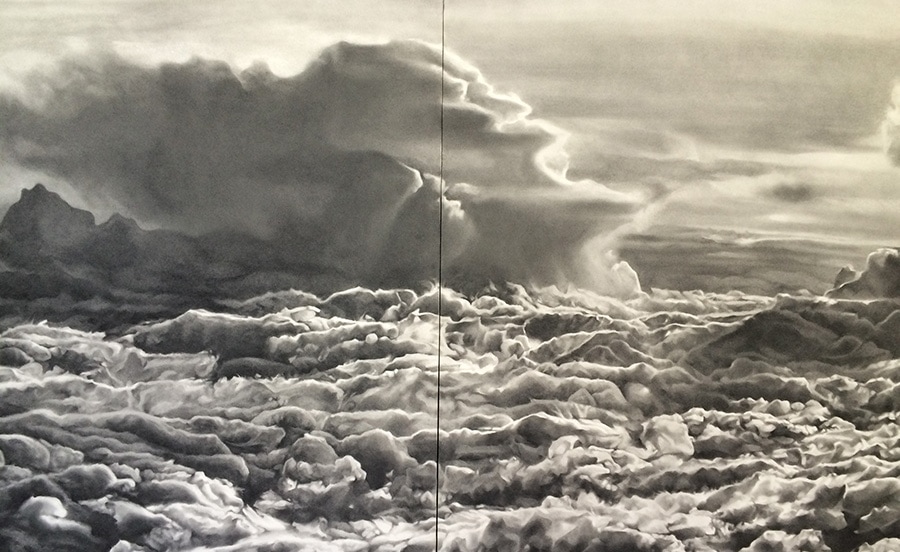 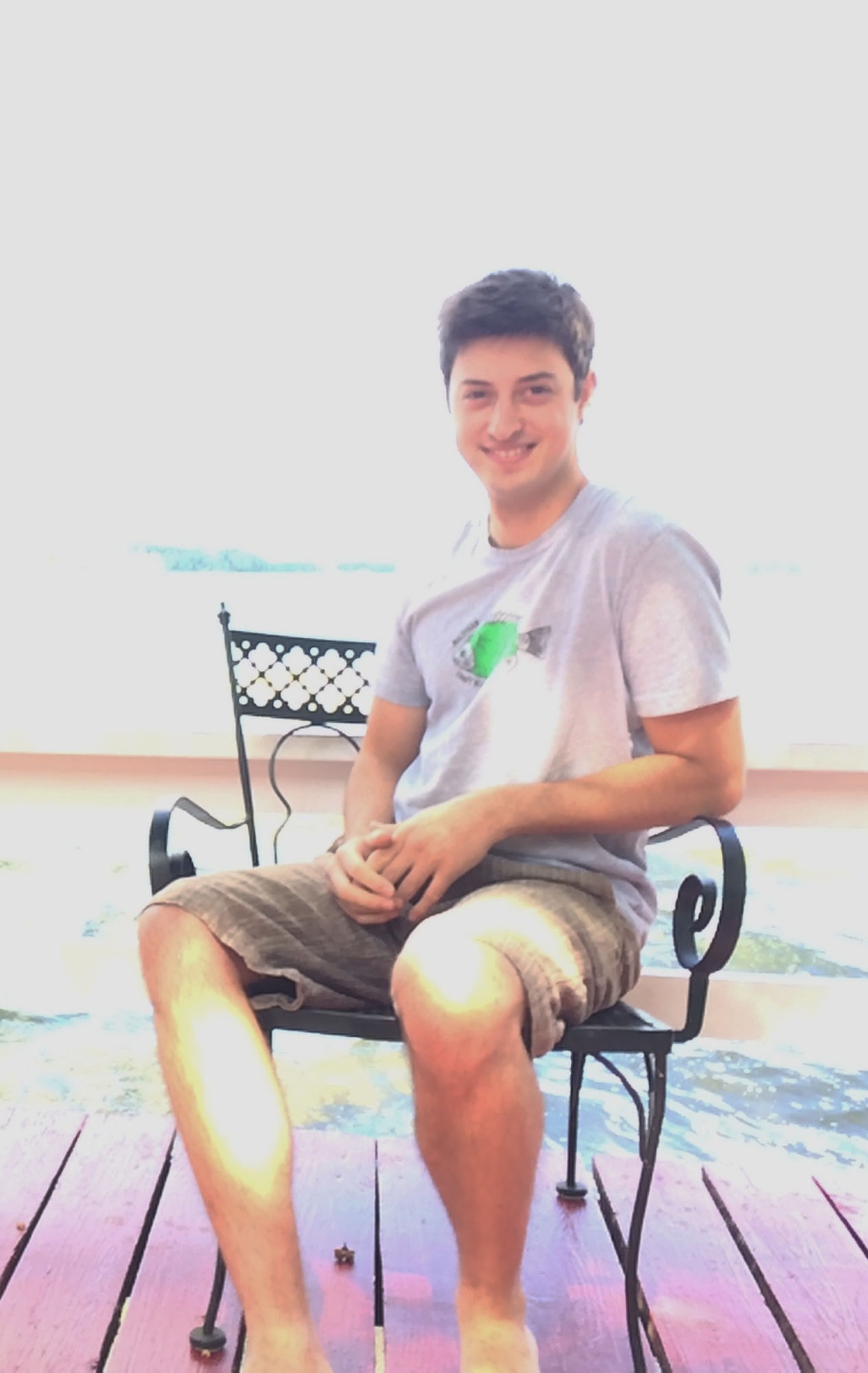 Anthony Neal on his Lake Margrethe dock in Grayling, Michigan.

What is art? Rising up to the 2015 ArtPrize challenge, Grayling-based artist Anthony Neal searched his archive of photographs to answer this timeless and bewildering question. Back in May, Neal found his answer above the clouds, captured in a photograph taken by a friend. Over the course of 4 months Neal translated the image into a transcendent and ethereal eight-foot by eleven-foot graphite triptych to unveil at ArtPrize 2015 in Downtown Grand Rapids.

“It’s not a cultural or historical study. It’s not for the judges. It’s for the people,” says 29 year-old artist, Anthony Neal. Beginning September 23rd, art lovers will be able to experience Neal’s triptych Above the Clouds, along with 1,500+ works of art in Grand Rapids. For 19 days ArtPrize goers will have the opportunity to explore the 160+ venues showcasing work from world class and local artists competing for $720,000 in awards. Neal’s work will show at ArtPrize hotspot The B.O.B., a 5-story building located in the heart of the city.

After nearly a decade in Grand Rapids, in part to study at Kendall College of Art & Design, Neal returned to his Grayling roots to take the leap of faith he’d been waiting for. “I had no idea what I was doing when I was in school. I’m just starting to figure that out five years out.” What inspired Neal to participate in ArtPrize came from a deeply rooted situation in his life. “I was sitting at my desk one day and I realized I’d put myself in a position of self doubt. I didn’t believe where I was in life or the quality of my relationships. I decided that there were bigger and better things out there for me. Something was telling me to do ArtPrize. I saw it as an opportunity to believe in myself again, to believe in my potential.”

Neal’s spiritual rebuilding began at his grandparents’ cottage on Lake Margrethe in Grayling where every day this summer he toiled over his ArtPrize composition. Above the Clouds radiates with celestial light juxtaposed by the fastidious details of cloud formations—reminiscent of early 20th century photographers like Ansel Adams. But Neal’s work is not captured by a camera, his imagery is simply graphite on paper. His interest in a meticulous aesthetic is portrayed in undulating surfaces and textures that draw the viewer in. Believe it or not this is the first cloudscape Neal has rendered, but one look at his incandescent portrait work is a portal into his highly sensitive and introverted mind.

For young artists like Anthony Neal, ArtPrize can be the catapult that launches a career. “I’ve learned to let go, go with the flow and that everything is going to work out. We’re living in a world where people need to share themselves,” says Neal.

View some of Neal’s portrait work at his ArtPrize artist page. Find out how you can vote for Neal’s work at the 2015 ArtPrize here.