Graceland Fruit Gives the World a Taste of Frankfort 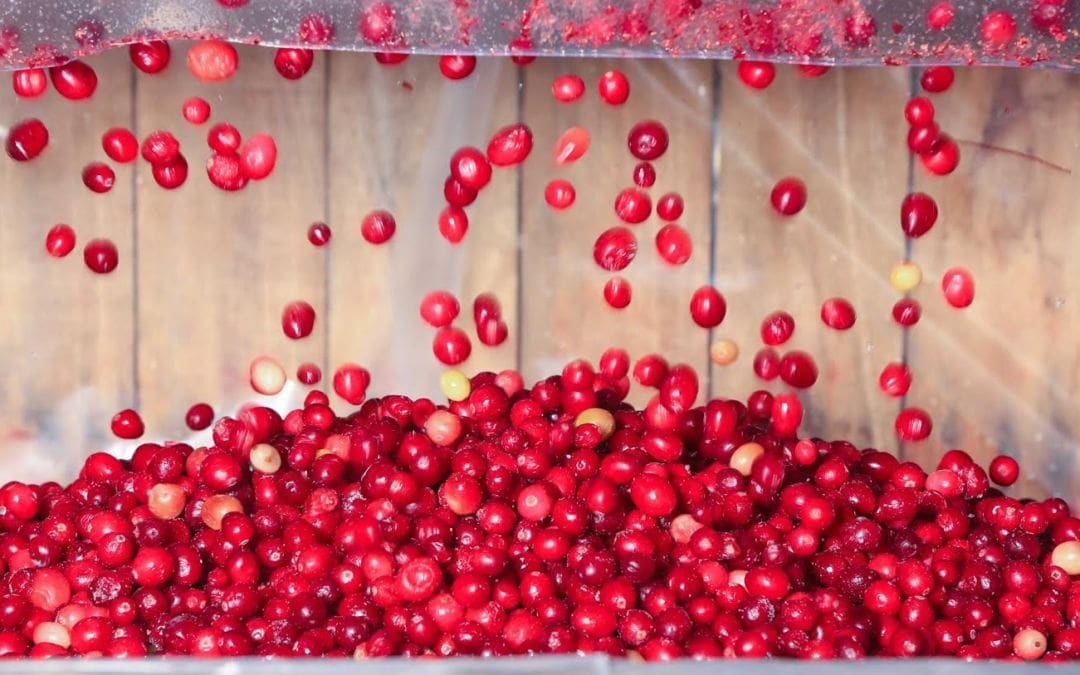 No matter where on Earth you are, there’s a very good chance that the taste of Northern Michigan food is not far away. Frankfort’s Graceland Fruit is one of the world’s largest producers of infused dried fruits and continues to grow into new markets all across the globe.

Graceland creates their infused dry fruit through a long established process of drying, freezing and processing. They specialize in making dried cherries, blueberries, cranberries and apples. These dried fruits are infused with a sugary solution and then are sold in industrial sizes to larger food retailers around the world. Infused dried fruits are often used in cereals or trail mixes.

Graceland is currently active in the United States and 50 additional countries. Their largest markets outside the U.S. are Japan, South Korea, Israel, Germany and China. Despite the prominent international presence, the company still enjoys calling Frankfort, Michigan home and employs just over 200 people there.

“It’s [Frankfort] a great place to work. The people are all great people and it’s a great place to raise a family,” says Brent Bradley, VP of Sales and Marketing. His coworkers tend to agree with him. Several members of Graceland’s board of directors have lived and worked in big cities like Chicago or Detroit, but returned home to Frankfort instead to work for Graceland. Bradley says, “Selling and representing products from a town of 600 households in Northern Michigan is more than I could ever imagine.” 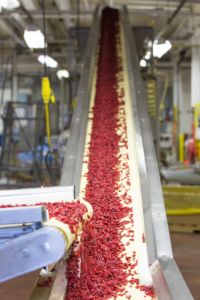 Similar to other members of the large fruit industry in Northern Michigan, Graceland was founded on cherries and blueberries. However, since being founded in 1973 the company has come a long way. In the last five years they have increased cranberry sales by over 75 percent. While this increase in cranberry production has been a massive shift in focus from their normal cherry production, cherry and blueberry sales have not faltered. Bradley says, “since 2011, Graceland has increased production and dried fruit pounds sold by nearly 50 percent.”

Another indication of the market prowess of Graceland is their recent addition of retail products. In the last two years they have expanded their business and begun selling products directly to customers, either through Northern Michigan grocery stores or online in the Asian market. While this is currently just a very small portion of their business, especially compared to their normal worldwide industrial ingredients supply, the plans for growth are already in action. “The demand for retail is very high. Right now we are a quiet company that no one but our [industrial] customers has ever heard of, we are going to change that,” says Bradley. The goal is to become more of a household name.

The plan for greater company expansion starts where it always has with Graceland, in Frankfort. “We are looking to hire at least 20 more people in the near future and hopefully 40 over the next few years,” says Bradley. The hiring process is just the first step for Graceland in a large plan for expansion into the food retail industry, however Bradley says hiring is the most important.

Giving back to the community by providing employment opportunities is something that Graceland considers deeply important. “Our foundation is there [in Frankfort] and we want to keep supporting the community and we will only continue to grow on the backs of our community,” says Bradley.

It’s fairly easy to describe the importance of Frankfort to Graceland, just look at the front of bags their products ship in. You will see the Frankfort lighthouse with bluffs and a gateway that is on top of the hill as you enter the city. Bradley hopes and plans to make that image, and Graceland Fruit, a name known all around the world, and it all starts in Frankfort.

Learn more about what to do in Benzie County with the MyNorth Vacation Guide!