Franc D’Ambrosio to Perform in Petoskey 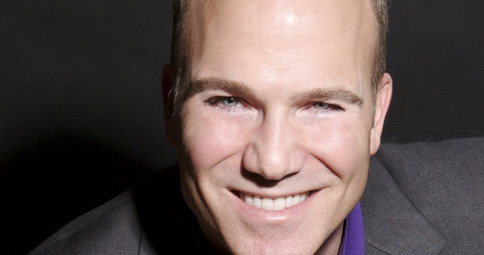 Get tickets now to this Northern Michigan event! Singer and performer Franc D’Ambrosio will be at the John M. Hall Auditorium in Petoskey on August 7th at 8 pm. Read on for a complete description about his background, influences, how to purchase tickets and more.

A native of the Bronx, New York City, D’Ambrosio always wanted to be a performer, with music taking firm hold around age 17. After high school he attended the Hartt School of Music in Hartford, Connecticut. He then studied at the famed Vocal Academy of Lucca in Italy, and while there was personally invited to study with Luciano Pavarotti at the tenor superstar’s home in Pesaro. He made his Broadway debut in the revival of Sweeney Todd, and first came to fame as Anthony Corleone, the opera-singing son of Al Pacino and Diane Keaton in The Godfather III. Immediately following, he got the role of a lifetime as the Phantom in Andrew Lloyd Webber’s hit Broadway show The Phantom of the Opera.

In addition to his role in Phantom, D’Ambrosio starred in the national tour of Barry Manilow’s Copacabana; starred in his one-man show Franc D’Ambrosio’s Broadway, which was filmed by Burn Pictures for DVD in 2005; recorded and released his own CDs as well as teaming with Michael Feinstein, Amanda McBroom, Maureen McGovern and others on a CD titled In Good Company; and appeared numerous times on TV as both a performer and entertainment correspondent. The Broadway hit parade at Bay View will feature D’Ambrosio performing music from Kander and Ebb, Sondheim, Rodgers and Hammerstein, and (of course) Andrew Lloyd Webber. In addition to his show, D’Ambrosio will also offer a free public master class on Thursday, Aug. 6, at 10 a.m.

“Minus the mask, former ‘The Phantom of the Opera’ star Franc D’Ambrosio still makes a big Broadway —InsideBayArea.com