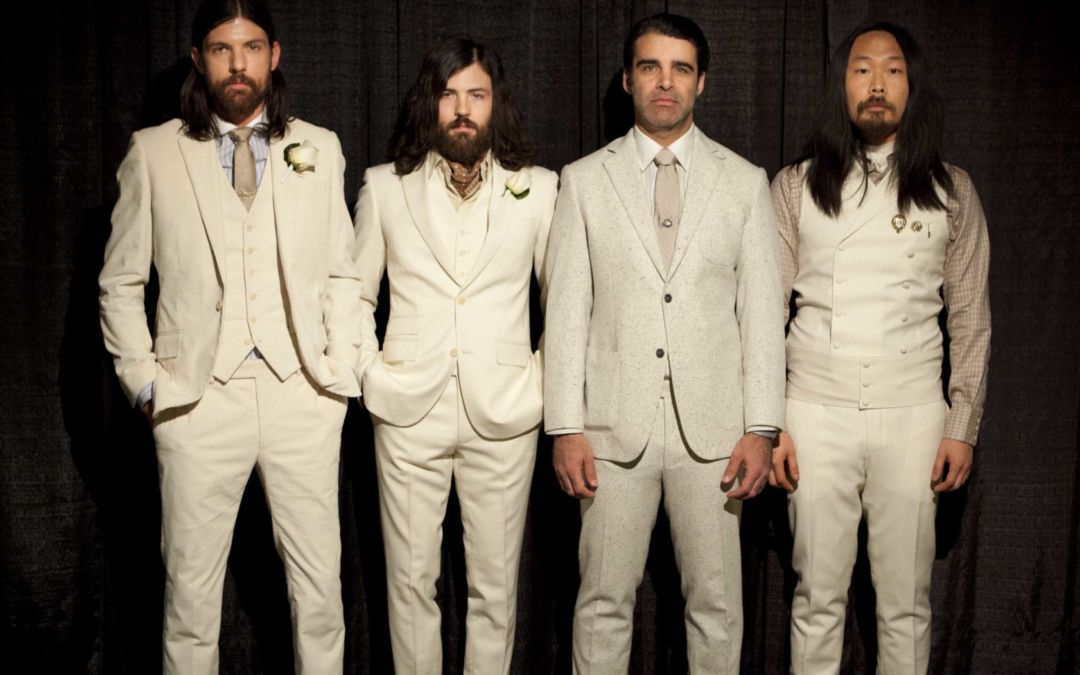 The Avett Brothers will perform at the Traverse City Microbrew and Music Festival on Saturday, August 22 at the Village at Grand Traverse Commons. Don’t miss out on a chance to see the band performing live at this Northern Michigan event along with Northern Michigan beer, wine and cider! MyNorth contributor Ross Boissoneau chatted with Bob Crawford, the bassist for the Avett Brothers before Crawford and the rest of the band made the trip to Traverse City. Find the the article below. To purchase tickets to see them live go to MyNorthTickets.com.

As the bassist for the Avett Brothers, Bob Crawford is often on the road. And when he’s not, you’ll likely find him practicing or rehearsing with the band. “We’ve never done the three- or six- or nine-month tours, then been off the road (for an extended length of time). We kind of tour in a 9 to 5 workweek, on the road for three or four gigs, then home,” Crawford said. “It’s been like that since 2002.”

Asked if that type of schedule lends itself to the band being a better unit, Crawford points instead to the advantages of a more regular lifestyle. “It enables you to be a better husband, a better parent,” he said. “As far as being a better musician, we practice more than we ever have. When we’re home, we all practice individually and together.”

The onstage Avett Brothers band now encompasses seven people, which Crawford says allows the group to rearrange earlier songs from when they were a three-piece. “It’s been a gradual change, almost impossible to notice if you’ve been living it day to day. The quality of the songs, if you can do them with one person on guitar or seven people, they’re still good.”

It can also change the song dramatically. Crawford said he empathizes with people who are disappointed when the group performs a tune differently than when it was recorded. “I don’t blame them for wanting to hear the song the way they first heard it and fell in love with it,” he said.

Yet it may be that rearrangement which allows the band to continue to move forward and perform songs that otherwise could become old hat. “We can reinvent them – it adds an element of excitement. We have over 100 songs, a constant influx of new material and reinvention of old. It keeps the creative juices firing.”

Brothers Scott (banjo and vocals) and Seth (guitar and vocals) Avett merged their two bands into the rock band Nemo, while playing acoustic music on the side. When Nemo fell apart, they concentrated on the style they were developing with Nemo guitarist John Twomey, an amalgam of rock, pop, bluegrass and country. After their first self-titled album came out in 2000, the brothers and Twomey parted ways and acoustic/electric bassist Bob Crawford joined the band. Cellist Joe Kwon was added in 2007, and since 2012 they’ve toured as a seven-piece, with Mike Marsh on drums, Tania Elizabeth on violin, and Paul DeFiglia (Crawford’s one-time stand-in when Crawford’s daughter was ill) on bass and keyboards.

The band has produced a dozen albums in its 15 years, and performed across the world. They’ve been on all the late-night shows, including Late Night With David Letterman this past April. They also keep busy with side projects, including Seth Avett & Jessica Lea Mayfield Sing Elliot Smith, a tribute to the late songwriter.

“Given their spirited performance and dynamic songcraft, the Avett Brothers may headline a largely full Marcus Hall someday. At least, they deserve to.” —Milwaukee Journal Sentinel online

Tickets start at $55. Go to MyNorthTickets.com