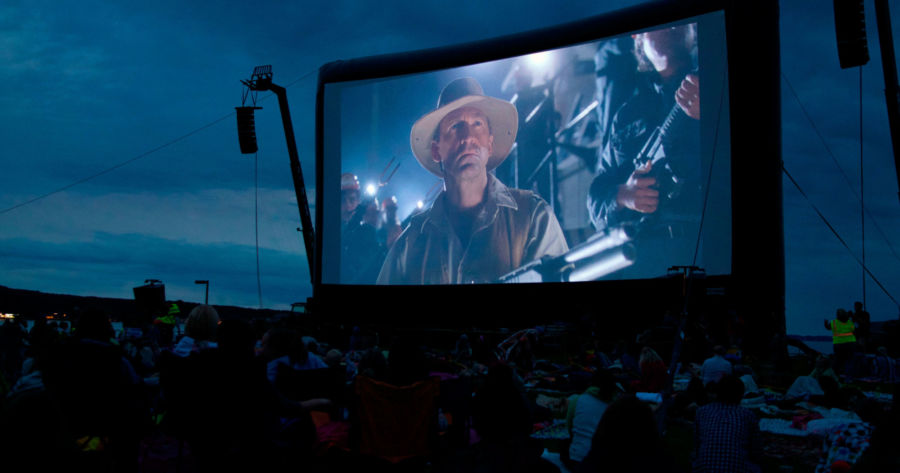 The Traverse City Film Festival will present a slate of free films at the Open Space in downtown Traverse City every evening from Tuesday, July 28th to Sunday, August 2nd.  Projected onto a 65-foot inflatable screen, the following films to feature at the Northern Michigan festival include the 2015 People’s Choice Winner, a famous political satire and a heartwarming comedy. So grease those joints on your lawn chairs and fluff out your outdoor blankets: it’s going to be a good week of free Open Space movies and entertainment events at the 2015 Traverse City Film Festival.

Each screening will begin at sundown, but will be preceded by live music, entertainment and a large-scale photo booth replete with props and costumes. The featured movies are as follows: