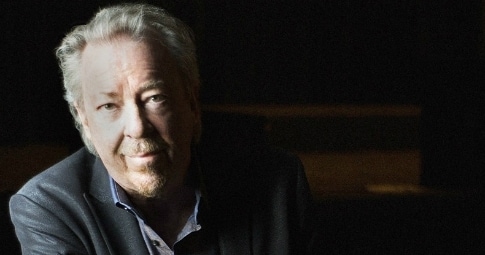 Boz Scaggs will perform at Interlochen Center for the Arts, near Traverse City, on Wednesday, July 22 at 8 pm.

For Boz Scaggs, mining the deep well of music styles comes naturally. His most recent releases, A Fool to Care and 2013’s Memphis, include not only Scaggs originals but tunes written by the Band, Curtis Mayfield, Al Green, Tony Joe White, and others from the soul, r&b, pop and jazz worlds. “From my very first album (Boz Scaggs in 1969) or Silk Degrees (the 1976 hit featuring “Lowdown” and “Lido Shuffle”), I’ve always been all over the map: jazz, rock, blues, r&b, ballads,” said Scaggs.

Asked if this approach made things difficult from a marketing standpoint, he readily agreed. “I don’t really calculate what I do in terms of marketing,” he said. “I have surprised audiences with some of my shows. I went to Australia five or six years ago. Silk Degrees is one of the biggest albums in history in Australia, and I brought jazz musicians, doing my jazz show (material from But Beautiful and Speak Low). They wanted to hear the music they were familiar with. It didn’t go over really well.”

Scaggs says this in a voice connoting neither irritation nor amusement, but simply telling the story. It’s a familiar tale for many musicians who came of age in the 70s and saw their audience decline, and who then decided to explore other musical avenues. Two of those others are his friends Michael McDonald and Donald Fagen, with whom he toured as the Dukes of September. “Their approach is very much the same. Donald and Michael have similar backgrounds,” said Scaggs.

Another musician who shares his tastes and sensibilities is Steve Jordan. The drummer and multi-instrumentalist has performed on thousands of albums, from blues to pop to jazz. He’s worked with the Blues Brothers, the Saturday Night Live band, Patti Austin, Aretha Franklin, Spyro Gyra, Cat Stevens, Stevie Nicks, Bruce Springsteen and the Rolling Stones, among many others. “Steve shares the range of interest I have. He’s the dynamic leader of the rhythm section. There’s a handful of musicians that are friends of both of ours. When we get together, everybody is drawn to him as the center.”

In the studio for the last two albums, Scaggs worked with a core group assembled around Jordan, guitarist Ray Parker Jr., and bassist Willie Weeks. Also featured on A Fool to Care are Bonnie Raitt and Lucinda Williams, who perform duets with Scaggs. “I have a lot of respect for both of them,” said Scaggs. “I was reluctant to call Bonnie, as she gets hit on a lot (for other people’s recordings). I didn’t want to be just another person calling her up. I had her particular talent, verve and style in mind when I wrote the song (“Hell to Pay”). She liked it, and it proved to be a good collaboration.”

Williams was his choice to sing on “Whispering Pines,” a tune written by Richard Manuel for the band. Scaggs had heard of version of it that Williams did which he found very touching.“I did a show with her a couple years ago. We sang together well. It established a rapport, and I wanted to do it again. That door was open.”

William Royce “Bosley” Scaggs (later shortened to Boz) took up guitar at 13 and became friends with schoolmate Steve Miller. The two moved from Texas to attend the University of Wisconsin. They recorded together before Scaggs took off on his own, recording a spate of critical and commercial successes for Columbia in the 70s.

Scaggs hit the top of the charts in 1976 with Silk Degrees, with tracks like “Lowdown” and “Lido Shuffle.” Additional albums cemented his reputation, though they didn’t produce as many hit singles. He slowed the pace in the 80s and 90s, eventually turning to jazz standards in the new millennium with a pair of well-received recordings, But Beautiful and Speak Low, as well as continuing to write original material, as on Dig. He also began touring with fellow singers Donald Fagen and Michael McDonald as the Dukes of September, performing at Interlochen in 2012. Memphis (from 2013) was his first recording in since Speak Low in 2008 and was followed by A Fool to Care, released earlier this year.

“Whether singing new or old songs, (Scaggs) presents them in the moment as living, breathing entities. He remains a song interpreter who has few – if any – peers.” – The All Music Guide

“As a kid in the fifties I was swept away by music and radio. It seemed there weren’t enough hours in the day to keep up with that first wave of rock and roll coming out of (top 40 station) KLIF and (the local R&B station) KNOK. At night I had WLAC Nashville with deeper blues and R&B out of the greater south, jazz from Chicago’s WLS and out of Dallas on WRR an amazing show called “Cat’s Caravan” where DJ Jim Lowe took us to school on Muddy Waters, Lightnin’ Hopkins, Memphis Slim, T-Bone Walker and the Delta and Chicago masters.” –Boz Scaggs

Tickets start at $43.50. Go to tickets.interlochen.org