New Menu and New Chef at Tucker’s of Northport 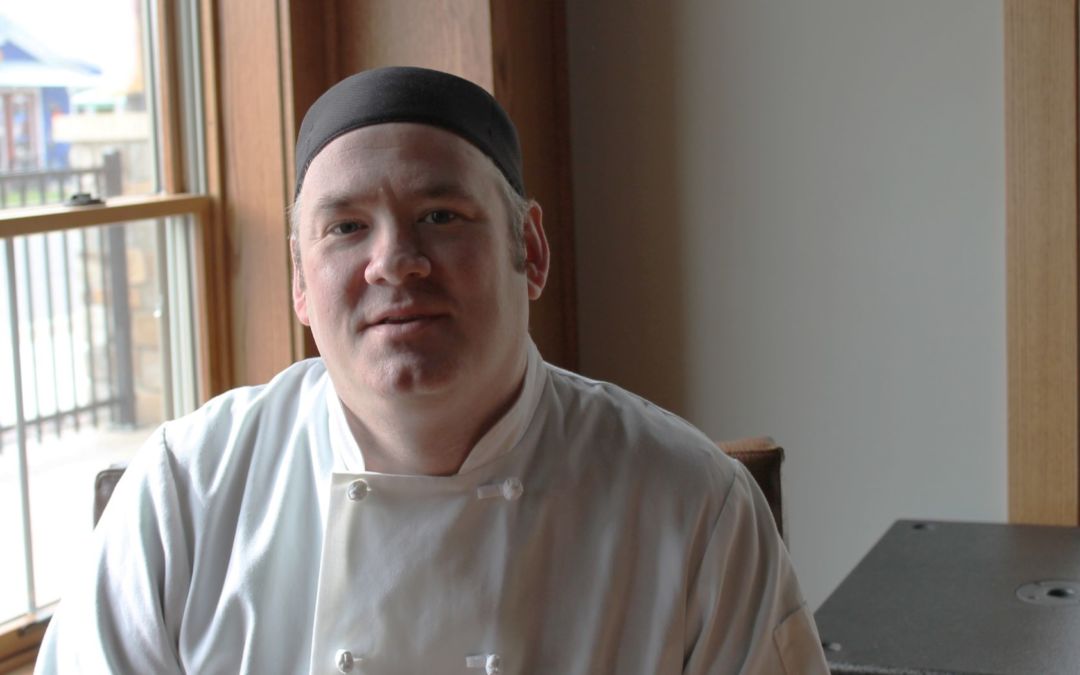 NORTHPORT: A summer season menu was recently introduced at Tucker’s of Northport where classic American food is served with flair. Dishes made with Michigan ingredients showcase the restaurant’s many house-made items – from Smoked Baby Back ribs to hand-pattied burgers, the focus is to take the extra steps to make the ordinary something extraordinary.

“When people ask me the type of cuisine we serve at Tucker’s, I tell them it’s “Simply Delicious,” says Tucker’s managing partner Ben Walraven. “It’s good basic cooking kicked up a notch.”

The kitchen artistry is credited to Chef Jeremiah Moore who joined the Tucker’s organization late last year and spent the past winter months working with his kitchen team to refine and add to the menu some of Michigan’s best known products.

“We purchase many of our meats from Ebels General Store and when possible, source our ingredients from Michigan. We’ve added brioche buns from 9 Bean Rows to complement the baked goods that we do in our own bakery.” adds Moore.

Michigan Chef Combines Love of Outdoors with Love of Cooking

Chef Moore plays a critical role in the equation. For seven years he worked at Knot Just a Bar in Bay Harbor near Petoskey, an experience that taught him about operating a restaurant in a summer tourist area. Before joining Knot he co-owned a small bakery and café in Marquette, where he grew up. There Moore became a skilled baker as well as chef and recipe developer.

Along with his love of cooking, Moore spent many of his younger years enjoying the great outdoors – fishing, hunting, hiking and biking. He credits that love of the outdoors to spurring his desire to create dishes that appeal to Michigan natives and visitors alike. “The two places I am most happy are in the Michigan woods and the kitchen,” he says.

In Tucker’s kitchen, Moore and his staff make all the hamburger beef patties by hand – no pre-made patties are served – and the fries are all hand cut. “Hand-cut fries have the variations you’d expect and that makes French frying them a bit of an art, it’s something we do very well.”

Moore’s baking skills are called into play in making the restaurant’s bread as well as dough for flatbreads and pizzas.

Tucker’s revised menu includes three new appetizers as well as many of Tucker’s favorites, a new entrée salad, two new sandwiches – the Yawl sliders and the Avocado Cluck and Oink, five new entrees and new side dishes including the savory leek and morel bread pudding. Moore is proud of Saturday’s feature Prime Rib.  ”The prime rib is better than ever because we’ve moved up our beef selection to Angus Choice grade.”

As a family entertainment center and a sit-down restaurant venue, Tucker’s has an active summer season planned, including bands on Saturday night and Open Mic on Sunday from 6 to 9 p.m. Bowling and arcade games make up the rest of the entertainment experience.

Tucker’s of Northport is open seven days a week beginning at 11:30 a.m. The kitchen is open Sunday through Thursday until 10 PM and Friday and Saturday until 12 AM.

Tucker’s of Northport is located at 116 Waukazoo Street in Northport. Check them out on Facebook or on their website. Call them at 231.386.1061. c