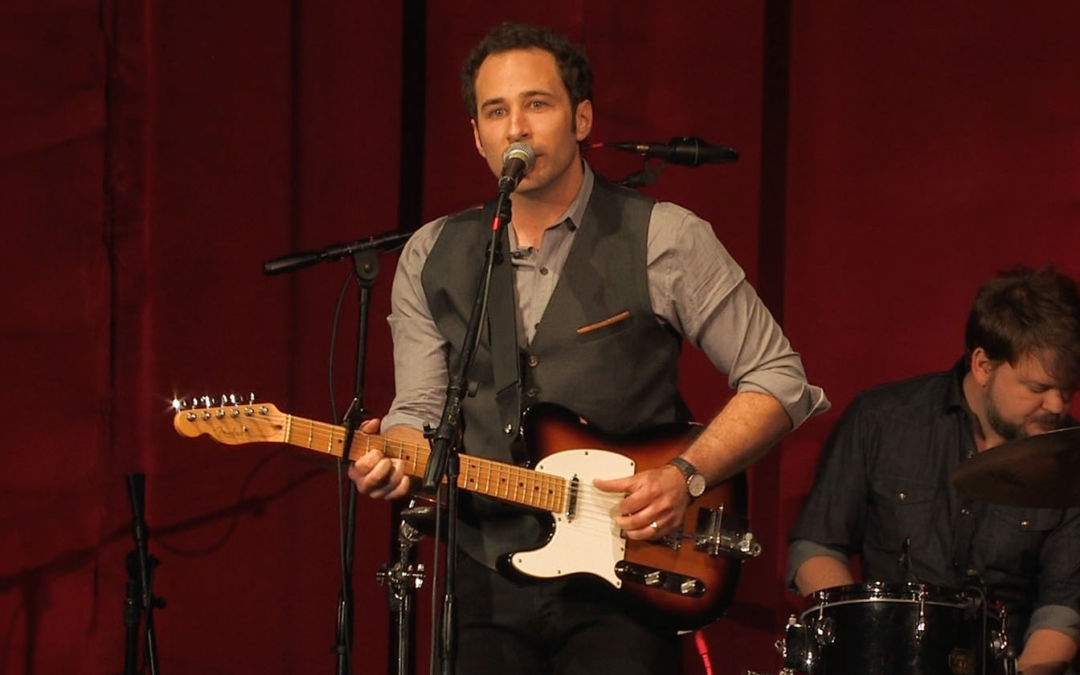 After competing on NBC’s The Voice last season and placing third, Joshua Davis is back in his home state of Michigan with a busy summer full of playing shows all over Northern Michigan!

No stranger to this area, Traverse City’s Joshua Davis exploded onto the national scene as a result of his appearance on NBC’s The Voice. Davis went from unknown to the country at large to one of the finalists on the show, eventually coming in third. He earned his bachelor’s degree in theater from Michigan State.

Bob Dylan, the Band, and other 60s folk music

Born in Marquette, Davis grew up in the Detroit area, then later spent 15 years in Lansing before moving to Traverse City two years ago. He’s performed around the country, including many dates in Northern Michigan with his band Steppin’ In It. Originally part of Blake Shelton’s team on The Voice (he told MyNorth’s Eliza Foster that he felt closest to Shelton’s country stylings), he ended up on Maroon 5 leader Adam Levine’s team. Davis is also an accomplished songwriter, and became the first contestant on the show to perform an original song, something he hopes will open up possibilities for future performers. This show follows an afternoon date that is already sold out.

“Quite possibly your next favorite American roots act.” –Rock and Reel magazine, London

“Some of the liveliest and most rocking roots music around.” –Performing Songwriter magazine

Tickets for the 7 p.m. show go on sale at noon June 26 at MyNorthTickets.com.