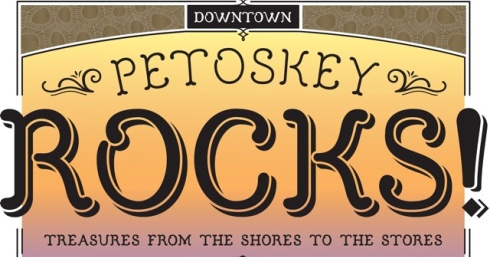 PETOSKEY: Downtown Petoskey is celebrating the beginning of the summer season on Friday, June 5th, 2015! Pennsylvania Park will come alive with the sounds of the Petoskey Steel Drum Band at 5:30 p.m., and Downtown will be bustling with activity as the restaurants and merchants show off their 2015 goods. Kicking off the evening at 5 p.m., the Great Lakes Central Railroad Motorcar Excursion is rolling into town on the tracks.

New for this year is a Taste of Downtown featuring gourmet samples from 10 downtown restaurants. Restaurants include Twisted Olive, the Noggin Room, Chandler’s – A Restaurant, Whitecaps, Tap 30, City Park Grill, Palette Bistro, and Roast & Toast. Also present will be the Iron Horse Café from North Central Michigan College who is again a significant sponsor for the Movies in the Park at Dark this summer. There will also be a drink tent featuring Beards Brewery and Symon’s General Store & Wine Cellar, and ticket proceeds from the drink tent will go to the YMCA of Northern Michigan. Food and drink tickets are $3 each and will be available for purchase the night of the event.

As part of the entertainment for the evening, Petoskey will go head to head against Harbor Springs for the right to shoot off the first firework on the 4th of July. This is a long tradition between the towns, with the Petoskey Area Jaycees bringing new life to the event in 2014 with a series of community games. The game will be Human Checkers, and Petoskey will fight to bring home the win once again this year.

The night will wrap up with North Central’s very own band, The Professors & Mary Ann, followed by the Movie in the Park at Dark, Mary Poppins. And while all of this is happening in Pennsylvania Park, the stores will be celebrating summer as well! With grand openings for the summer, tasty hor d’oeuvres, live art and cooking demos, free face painting, and much more, Downtown Petoskey is the place to be on June 5th.

“When we brought this event back into the rotation last year, we weren’t sure what to expect,” says Kate Manthei, the Promotions Coordinator for Downtown Petoskey. “What happened was an outpouring of local people who loved the small town celebration. Not all of our events hit our local demographic, so it was very cool to see everyone enjoying downtown before the majority of the tourists descended for the summer. I’m very excited for this year; the Petoskey Rocks Committee has wanted to do a Taste of Downtown for a long time, so if this year proves to be successful, I think we can expect to watch this event evolve in a neat way.”