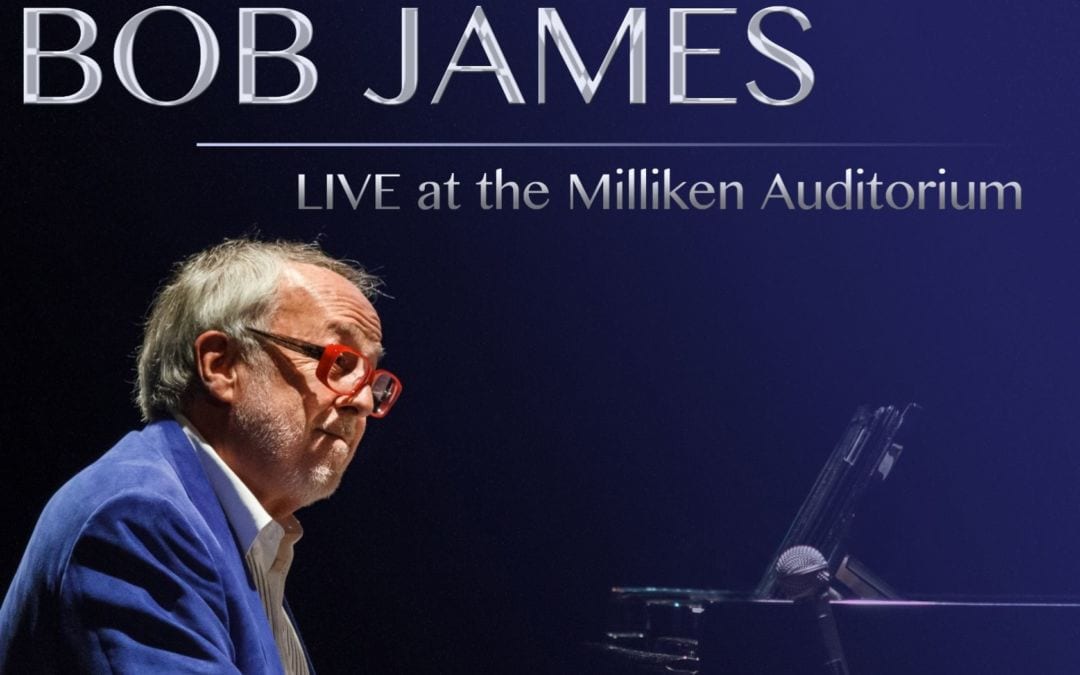 TRAVERSE CITY: The Dennos Museum Center at Northwestern Michigan College and The New Jazz Archive are pleased to announce a CD release event featuring a live interview with Bob James, conducted by The New Jazz Archive host, Jeff Haas. The live interview will take place at 7:30 pm on Saturday, June 27, 2015 in the Milliken Auditorium, and will be recorded for an upcoming episode of the nationally syndicated radio program, The New Jazz Archive. Tickets are $25 advance, $28 at the door, and $22 for Museum Members, plus fees. Tickets may be purchased online at www.dennosmuseum.org, or by calling the Museum Box office at 231-995-1553; also at 1-800-836-0717 or www.MyNorthTickets.com.

Bob James Live at the Milliken Auditorium was recorded in concert with the Bob James Quartet on May 3, 2014. The CD had its international debut with a recent concert tour with Bob James in Japan. It is now available in the USA via the Dennos Museum Store for $14.98 plus tax. A cut from the CD can be heard at www.bobjames.com. Proceeds from the sale of the CD will benefit the Dennos Museum Center.

Bob James was discovered at the 1963 Notre Dame Jazz Festival by legendary producer Quincy Jones. That same year he recorded his first solo album Bold Conceptions for Mercury Records. From there he went on to make his mark as the musical director for Sarah Vaughn. Bob also worked on many successful albums for CTI Records. In 1977 James started his own label, Tappan Zee Records, which gave him the opportunity to spend more time in the studio working on his own recordings. During that time he recorded the gold award winning album Touch Down, which included his composition Angela from the TV show Taxi. James won a Grammy Award in 1980 with the release of One on One with Earl Klugh and also in 1985 for the release of Double Vision with David Sanborn. In 2008, Bob and his close friend Tony award-winning director Jack O’Brien, were awarded the International Achievement Award from the State of Michigan. Bob was also inducted in 2014 to the University of Michigan Hall of Fame.